Horrible Bosses 2 follows Kurt, Nick, and Dale (Sudeikis, Bateman, and Day) as they go into business for themselves to sell their invention, the Shower Buddy. The three end up kidnapping their millionaire investor’s son as revenge for stealing their ideas and leaving them with a mountain of debt.

The plot is intriguing, but most viewers don’t know Horrible Bosses 2 cut an intimate scene with Jennifer Aniston because it was too offensive.

Which Jennifer Aniston scene did producers cut from ‘Horrible Bosses 2’? 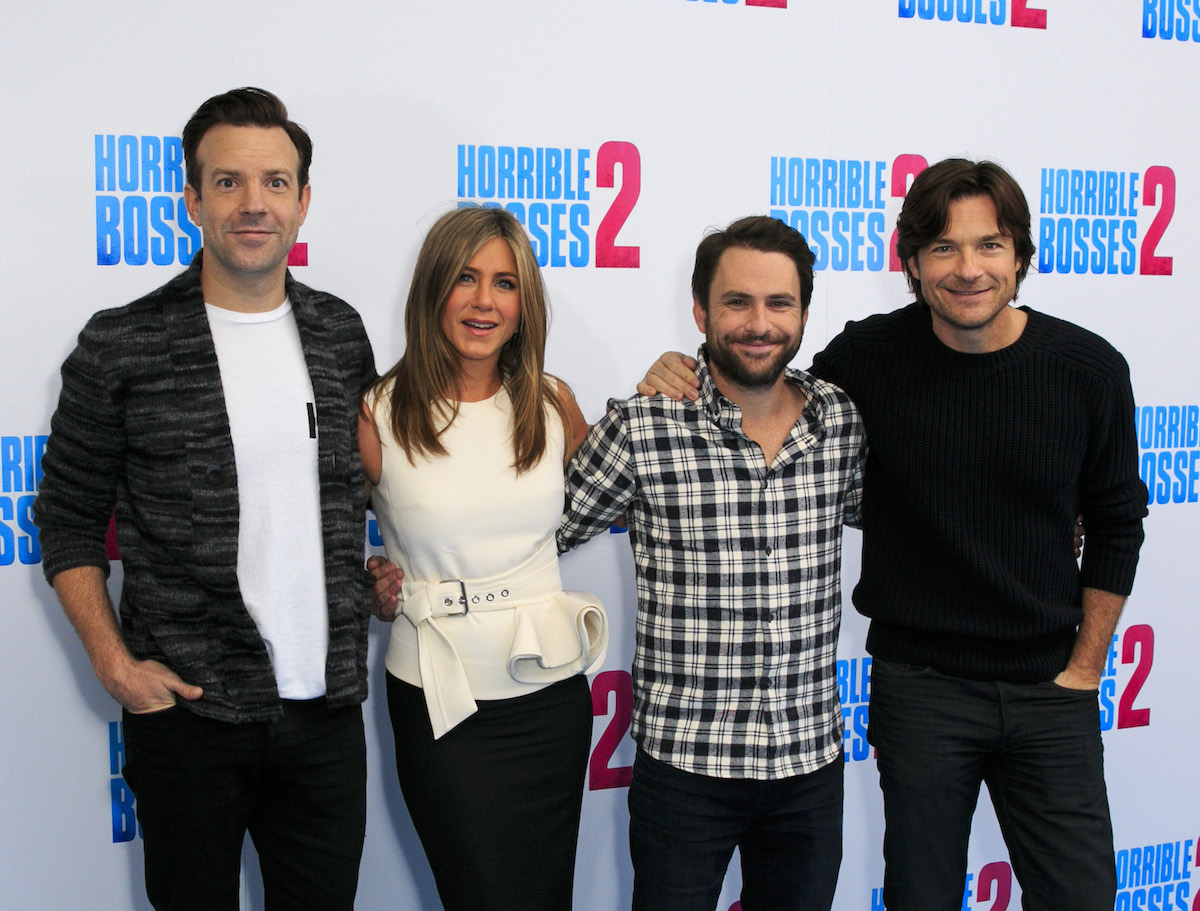 In Horrible Bosses 2, Aniston portrays Dr. Julie Harris, a sexually aggressive physician, Looper reports. Naturally, Aniston nailed the role, so much so that one of her scenes didn’t make the final cut. So, what happened?

After the kidnapping, Dale sustains a gunshot wound and ends up in a coma. He wakes up days later to find that Nick and Kurt have escaped jail time. Dale is shocked to learn that while he was unconscious, Dr. Harris had been hanging around. And she admits she made a move on him while he wasn’t in a position to consent.

Acknowledging the problem with depicting a non-consensual sexual encounter, producers scrapped the scene.

Jennifer Aniston expressed her feelings about the scene

After Horrible Bosses 2 debuted, Aniston sat down with TV host Conan O’Brien to discuss her thoughts.

In the Conan clip, posted to the Team Coco YouTube channel, she admitted that her character “exploited” Dale and jokingly explained how intimate movie scenes are usually filmed.

Aniston said this one was different because the character was “laying there in a coma.”

Conan mused that there was no way filmmakers would cut an intimate scene involving Aniston, to which she replied, “Oh, it’s possible.” She also admitted it was “terrible to shoot.”

The audience laughed as Aniston described the experience while lightheartedly discussing the film with O’Brien.

How did critics and audiences receive ‘Horrible Bosses 2’?

Typically, any movie starring Jennifer Aniston is a hit. So how did Horrible Bosses 2 stack up?

The dark comedy failed to earn good reviews from critics or fans.

“It’s a virtually laugh-free cavern, a black hole of humor, the type of place where good moods go to die,” IndieWire critic Drew Taylor wrote in a scathing review.

And co-star Jason Bateman told E! Online that the second film was “garbage” and essentially “a paycheck for everyone,” even though they hadn’t set out to make a bad film.

How did it compare to the first installment? The New York Times and other outlets thought the original Horrible Bosses was pretty funny and enjoyable to watch.

So it looks like the original is what everyone loves best. Still, Jennifer Aniston and her co-stars remain favorites in the entertainment industry.