Ermanno Olmi’s first fictional feature, “Il Posto,” shown at the Venice Film Festival in 1961, was released in the United States two years later with the incongruously noisy title “The Sound of Trumpets.” That name doesn’t entirely come out of nowhere; it echoes a phrase uttered by the mother of the main character, Domenico Cantoni, a young man starting out at the very bottom of a large Milanese firm and hoping to rise to the lower middle. If he stays up too late reading, she warns him, not even trumpets will wake him in time to get to his job.

In Italian, “Il Posto” more or less means “The Job,” but the faint biblical echo (of Jericho, of Judgment Day) in the English version isn’t entirely out of place, even though the film itself is notably quiet and gentle. If there is drudgery in store for Domenico, there is also music and subtle but striking intimations of divine grace.

Olmi, who died last year at 86, was drawn to the contemplation of work, to the rituals and routines of mid-20th-century clerks and welders, late-19th-century tenant farmers and early-16th-century soldiers. The marvelous retrospective that starts Friday at Film at Lincoln Center reveals a career and a sensibility at once wide-ranging and consistent. Olmi’s movies can be lyrical and impishly funny, passionate and scholarly, observant and impassioned. He had a documentary photographer’s eye for the specific and a painterly sense of composition. He retold Bible stories and directed literary adaptations. 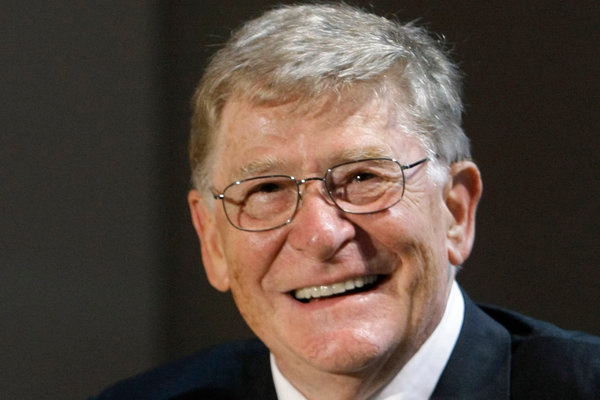 The closest thing he made to an action movie, about Giovanni de’ Medici, who served the pope in the Italian Wars of the early 16th century, is called “The Profession of Arms,” and its depiction of early modern warfare includes a lot of meetings and paperwork. (A new digital restoration of this rigorous and ravishing film, shown at Cannes in 2001 and never released here, is a highlight of the 20-title Lincoln Center program.)

What links de’ Medici’s cavalry campaigns with Domenico’s desk-jockeying isn’t only the drudgery and occasional absurdity of the work, nor the often inscrutable nature of the cause it serves. (What does this enormous, highly regimented company actually do? Why is the pope at war with the German emperor? Such questions are above our heroes’ mortal pay grade, and our own).

Domenico, the oldest son of a small-town, working-class family who barely looks old enough to shave, is wary and diffident, equally flummoxed and fascinated by the ways of the adult, urban world. De’ Medici, the scion of an aristocratic line, is charismatic and decisive, a figure of legend among his contemporaries even before his death, at just 28, from a battlefield wound. Both men are oppressed by their responsibilities, and also brought alive by their devotion to duty. It’s not so much the labor itself. De’ Medici slogs through mud and snow in pursuit of his enemies. Domenico aspires to ascend from assistant messenger to junior pencil pusher. No, it’s the way submission to the work’s demands becomes a kind of spiritual discipline. 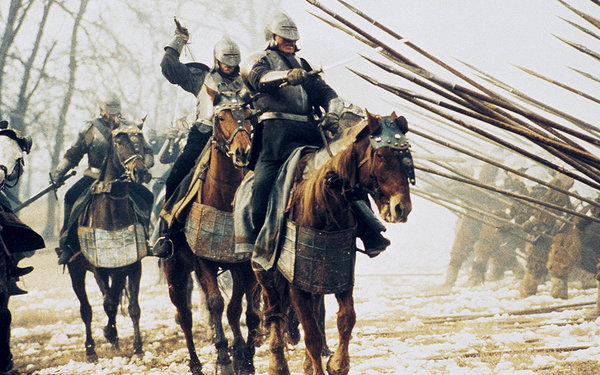 Olmi turned the prose of toil into poetry. If he is often, and correctly, classified as a next-generation neorealist — partial to nonprofessional actors, documentary techniques and everyday settings — his was a realism especially attentive to the ecstatic dimensions of quotidian experience. Formal religion is part of that experience, and so is politics. These are Italian movies, after all, directed by a man who came of age in the postwar ideological crucible defined by the Communist Party and the Catholic Church. Those institutions didn’t just influence Italians’ voting habits and social mores in the decades between Mussolini and Berlusconi; Marxism and Catholicism were cultural and aesthetic forces as well, integral to the language of Italian cinema in its boom years.

“Il Posto” is a product of that boom, and a landmark of 1960s cinema, latent with the rebellious impatience and irreverent energy that would ripple across every continent. Like the protagonists of “Billy Liar” and “The Graduate,” Domenico, played by the wide-eyed nonprofessional Sandro Panseri, seems imprisoned by a set of social expectations enforced by parents, bosses and the very architecture of his world. The first part of the film follows him through recruitment and what we would now call onboarding. Along with other candidates, he takes a written and physical examination, and then makes his way through a Kafkaesque series of corridors and waiting rooms.

But he is not just a rat in a maze. “Il Posto” is less a study in misery than an examination of a soul’s progress across a plane of existence that combines elements of inferno, purgatory and paradise. Domenico buys a new raincoat. He also meets a young woman named Antonietta (Loredana Detto, Olmi’s future wife), who is part of his entry-level cohort. On the day of the tests, they take advantage of the long lunch break that is a pillar of Italian civilization to drink espresso at a busy coffee bar and wander in a park. They are scolded for running on the grass, a singular moment of transgression in a film marked by good behavior.

Like the peasants in “The Tree of Wooden Clogs,” Olmi’s 1978 masterpiece, which won the Palme d’Or at Cannes, Domenico and Antonietta find pleasure and even something like freedom within their highly constrained circumstances. “Wooden Clogs,” populated by real-life farmers and agricultural laborers rather than actors, has been accused of taking a nostalgic view of the cruelties of feudalism. Its stately pace and sensual images — it’s set in Olmi’s native region of Bergamo in northern Italy — do impart a sense of beauty, and there is a conservative aspect to Olmi’s evocation of family ties and rural folkways.

But there is also a palpable sense of injustice and strong currents of political disaffection. Power in the countryside and in the industrial city is organized in such a way as to undermine the dignity, curtail the pleasure and constrict the freedom of workers. Political action is one response to this situation, but Olmi’s Christian humanism, while hardly apolitical, points him in a different direction, toward the ineradicable dignity of the individual and the startling beauty of creation.

“Il Posto’s” Domenico intuits this, and the magic of Olmi’s realism is that we do, too, and don’t despair for the young man’s prospects. The movie generated a sequel of sorts, a short feature called “The Fiancés” that I saw for the first time at Lincoln Center and that hit me with the force of a revelation. “Il Posto” ends at a company holiday party, with dancing and forced but genuine merriment. Its successor begins with a similar scene, at a blue-collar dance hall where Giovanni, a metal worker, has gone on a date with his girlfriend, Liliana.

They are older than Antonietta and Domenico, and wearier — of their lives and maybe of each other. Work is both their trial and their salvation. Giovanni (Carlo Cabrini) has a chance to help build a new factory in Sicily, an opportunity that offers a boost in income and status at the cost of months of separation from Liliana (Anna Canzi). He finds loneliness, local color, alienation and intermittent satisfaction — an array of unspectacular modern experiences that Olmi renders with an intensity that never feels overstated.

What keeps you engaged isn’t a plot so much as an intellectually and emotionally awakened sense of what it is to be alive. The film reveals itself, in the end, to be a love story of a conventional and also a miraculous kind. It’s the tale of a working man in love, and it’s the testament of a man who loves his work.

A.O. Scott is the co-chief film critic. He joined The Times in 2000 and has written for the Book Review and The New York Times Magazine. He is also the author of “Better Living Through Criticism.” @aoscott