The third feature by the still youngish Italian director Alice Rohrwacher (The Wonders), Happy as Lazzaro is not the kind of movie that comes along every day – a genuine continuation of the poetic tradition in Italian cinema.

Conceived in allegorical terms but imagined in concrete detail, it’s a film consciously poised between tradition and modernity, between the material world and the spiritual one.

Like a fairytale, the story begins at an indefinite point in the past: once upon a time, and yet not all that long ago. The setting is the significantly named Inviolata, a tiny settlement in rural Italy, all but cut off from the outside world – not by magic, but by the scheming of the nefarious Marquesa de Luna (Nicoletta Braschi), the owner of a tobacco farm who treats her illegally indentured workers as virtual slaves. 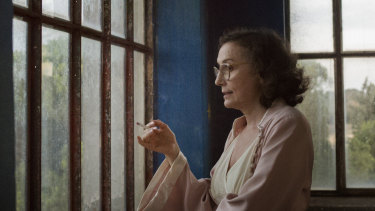 Among those entrapped is the happy-go-lucky Lazzaro himself, a guileless youth played by non-professional Adriano Tardiolo, who, prior to his casting, had reportedly planned on becoming an accountant or bookkeeper. Though he is unable to identify his parents, he is firmly integrated into the community, which he serves as mascot and dogsbody, following all orders and greeting all circumstances with the same attitude of cheerful acceptance.

Not the kind movie that comes along every day – a genuine continuation of the poetic tradition in Italian cinema.

Shot on film rather than digitally and using mostly natural light, Happy as Lazzaro, in its early scenes especially, has a vitality that feels more than fictional. Often the action appears to spill outside the frame, or details get lost in shadow: we are not expected to grasp every detail of what is happening, or keep track of the dozens of characters who come into view. 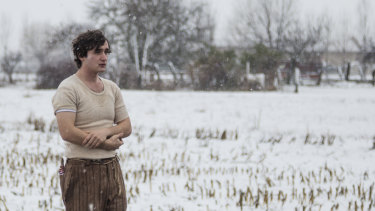 What counts is the general ambience, and the paradoxes that spring from this. The rugged landscape is both arid and fruitful; the oppressed workers bewail their lot, yet we’re led to feel that they’ve hung on to something crucial, represented by Lazzaro, who is in some sense the soul of the community.

Happy as Lazzaro has a vitality that feels more than fictional

The plot, which gradually takes shape, centres on the bond between Lazzaro and the Marquesa’s son Tancredi, a bleached-blond scapegrace who speculates that Lazzaro might be his half-brother ("My father was a womaniser"). 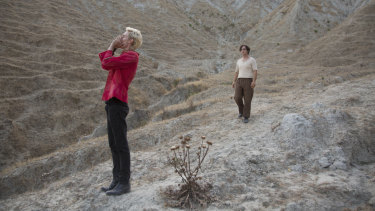 Determined to rebel against his mother, Tancredi decides to fake his own kidnapping. Lazzaro agrees to play along and take the blame if need be – an example of his saintly good faith, which can also be understood as a complicity with oppression.

Up to a certain point, it's possible to accept Happy as Lazzaro as a straightforward, believable story. Then, in a single moment, everything shifts and the film pivots into outright magic realism.

The second half is a mirror reflection of the first, though the implication is that certain facts of life remain constant, including the underlying reality of class oppression.

Lazzaro, too, is seemingly unchanged: the ambiguity at the heart of the film boils down to the question of what the character finally represents and how we’re meant to judge him.

Bearing the brunt of society’s evils, he’s both Christ figure and clown: his name recalls Lazarus, restored by life in the Gospels, as well as “lazzi”, the stock comic routines used by performers in commedia dell’arte. 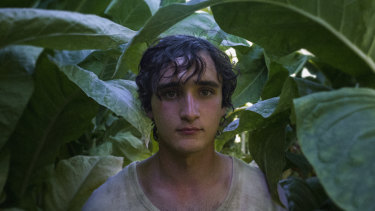 Happy as Lazzaro is an enterprise that risks pretension at every turn – especially when it comes to Lazzaro himself, who is more a symbol than a credible human. Indeed, Rohrwacher has gone out of her way to make him as abstract as possible, both by casting a non-professional and by directing him to show little emotion except in one or two key scenes.

After two viewings, I’m still not entirely sure how far this approach pays off, which is to say I’m still thinking about the film, particularly about Rohrwacher’s use of symbols that carry multiple, sometimes contradictory meanings.

The hinge between the two halves of the film is a parable about an encounter between a holy man and a wolf who recognises the man’s goodness. This resonates on more than one level, but plainly echoes the friendship between Tancredi and Lazzaro, who howl like wolves together.

Rather more enigmatic is the recurrent symbol of the moon, associated both with the villainous Marquesa and with Lazzaro – as if he weren't human at all, but a visitor from outer space who had somehow fallen to earth.