Chris Evans is synonymous with his role in the Marvel Cinematic Universe (MCU) as Steve Rogers aka Captain America but another actor had been on the shortlist for the career-changing role; John Krasinski. Since Krasinski lost out on the part more than nine years ago, he’s joined the list of iconic characters almost by other actors and still hasn’t let Evans forget it.

Evans first donned Captain America’s suit and carried the comic book character’s shield in 2011’s Captain America: The First Avenger. But during the casting process for the movie, it had been a close race. Krasinski later said he even did an audition in full costume, according to Screenrant.

In the end, the role of Captain America went to Evans who, of course, went on to become a household name for his portrayal of the superhero, earning millions and millions of dollars for each Avengers film. Today, he has an estimated net worth of $50 million.

Nearly a decade later with all the Avengers movies complete, Krasinski hasn’t stopped teasing his fellow actor for nabbing the role of Captain America. But it’s all in good fun. When the 40-year-old, who is now married to Emily Blunt, found out Evans got cast as Captain America instead of him, he wasn’t upset but rather happy for him. They’d known each other for years and there wasn’t any ill will about the role. 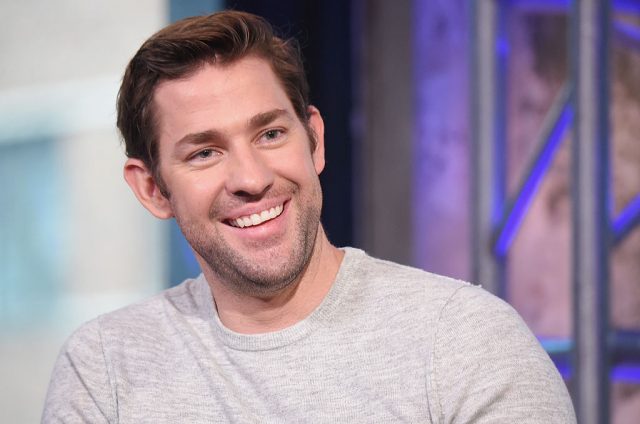 In a Feb. 2020 interview with Esquire, Krasinski said he wasn’t competitive about the role or upset in any way when Evans beat him out for the part.

“People have a sense that some of us are insanely competitive. I’ve known Chris forever. So as soon as they said Chris Evans got the part, I was like, ‘Yeah, look at that guy. Are you kidding me? He is Captain America,’” he said.

He and Chris Evans are ‘still laughing about it’

In the same interview, Krasinski said he had recently crossed paths with Evans shortly before sitting down with the publication, and there wasn’t any bad blood between them, only jokes.

“And I just saw Chris a couple of weeks ago and we were still laughing about it. I said, ‘I love that you retired in my role,’” Krasinski said.

This wasn’t the first time Krasinski talked about losing out to Evans for the role of Captain America. In a 2016 interview witih Collider he called Evans’ performance as the superhero “fantastic” and on another occasion told Total Film he’d been happy to have the freedom to pursue other projects as opposed to being committed to multiple Marvel movies.

Appearing on The Ellen DeGeneres Show in Feb. 2020, Krasinski recounted a funny story involving his Captain America audition and trying on the costume. Plus, he said he ultimately felt relieved about getting passed over for the role because had he gotten it, he would’ve missed out on other opportunities.

While we won’t know what Krasinski would’ve been like as Captain America, we’re happy we got to see him in Amazon’s original series, Jack Ryan, and flex his muscles as a director with A Quiet Place and now A Quiet Place Part II.