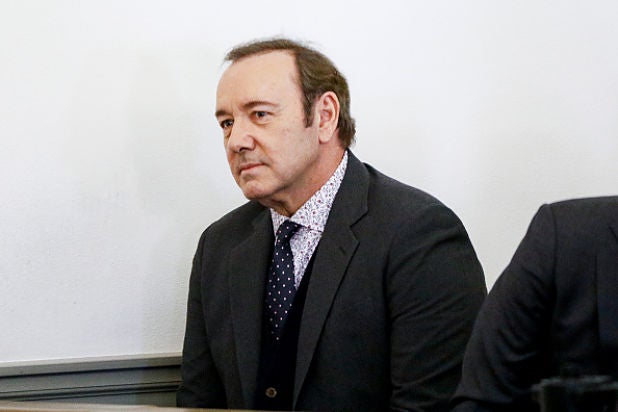 A man who accused actor Kevin Spacey of groping him at a bar in Nantucket, an accusation for which Spacey currently faces a criminal charge, has sued Spacey for damages.

The five-page civil complaint obtained by The Wrap, which was filed Wednesday in a Nantucket court, seeks an unspecified amount for damages claiming that the man has “suffered, and will continue to suffer in the future severe mental distress and emotional injuries.”

The civil filing also states that due to “explicit sexual behavior and lewd and lascivious conduct with the Plaintiff, the Plaintiff is unable at this time to fully disclose in complete detail to what degree Defendant Kevin Spacey Fowler did abuse the Plaintiff emotionally and physically.”

The charges are connected to an incident reported in November of last year, when former Boston news anchor Heather Unruh accused Spacey of groping her then 18-year-old son at a Nantucket bar in 2016, specifically “touching and fondling” his genitals.

Spacey has denied the accusations, and in January, Spacey appeared at an arraignment and entered a plea of “not guilty” on a charge of felony indecent assault and battery.

In 2017, Unruh claimed in a press conference that her son was at the bar The Club Car in Nantucket where Spacey purchased alcohol for him until he was drunk and then reached into her son’s pants and grabbed his genitals. She added that Spacey then urged her son to come with him to an after-hours party to drink more, but he fled the bar when Spacey excused himself to use the bathroom.

The man has been identified in court documents, but the accuser’s lawyer has no further comment, and that the accuser prefers that his name not be publicized.

Court documents also reveal that investigators have obtained Snapchat footage of the incident taken by the victim, though Spacey’s attorneys contend that the footage is not incriminating.

Pamela Chelin contributed to this report.