“White Chicks” is arguably one of the Wayans Brothers’ most popular comedies. In the 2004 film, Marlon and Shawn Wayans portray two FBI agents (Marcus and Kevin) who are on an undercover mission, using whiteface to dress up as two socialite sisters, Tiffany and Brittany.

Almost 20 years later, the movie is so popular that people have been asking the Wayans brothers to release a “White Chicks” sequel. In 2019, Terry Crews (who appeared in the movie as pro-athlete Latrell Spencer) kinda confirmed that the sequel was happening. “I actually got with Shawn [Wayans],” he told “Watch What Happens Live” in June 2019 (via People). “And he was like, ‘Man, we’re doing it. We’re getting it going.'”

According to Marlon, however, Crews wasn’t being truthful. “Terry’s lying,” he told the same Bravo show in October 2020. “But I ain’t going to say that to him because he’s too buff and I don’t want to get beat up,” he joked. Still, he didn’t necessarily rule out a “White Chicks” sequel entirely. “I’ll let you guys know when it happens, happens,” he said. “But we’re moving slowly toward it… I like doing movies where I’m a Black man. It’s a lot less makeup.” Though he has not reveals when (or if) the sequel will be arriving, Marlon has finally shared which “white chicks” inspired the hilarious movie. Find out more below.

Paris and Nicky Hilton were the original 'White Chicks' 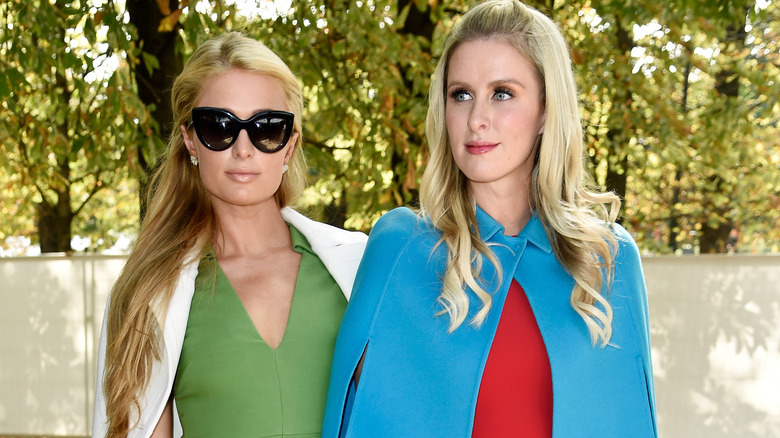 Taking to Instagram on July 1, Marlon Wayans revealed who inspired the movie “White Chicks.” And, as some may have already suspected, it was one of the most iconic sister duos of the 2000s: Paris and Nicky Hilton. Sharing a recent picture with Paris, Marlon wrote, “The original ‘white chick’ and I…” Then, he proceeded to explain how the idea behind the movie came about. Apparently, Shawn called him at 3 in the morning one day, and told him they should play two white chicks in their next movie. “I replied, ‘N***a, you high?” Marlon wrote in the caption.

He continued, “The next day, he showed me a magazine with @parishilton and her sister [Nicky] on the cover and said we should play gurls like this. I immediately got it.” Later, he admitted that Paris and Nicky were the epitome of pop culture at the time.

“We did that film in good spirit to celebrate a special time in all of our lives,” Marlon continued. “So thank you paris and Nikki for being muses. Love ya.” In the same post, the actor-slash-director also seemed to confirm that a “White Chicks” sequel might be happening after all. “When we do #whitechicks2 ‘let’s go shopping.'” We can’t wait!