Two siblings struggle to provide for their freakish brother in this pitch-black family drama. 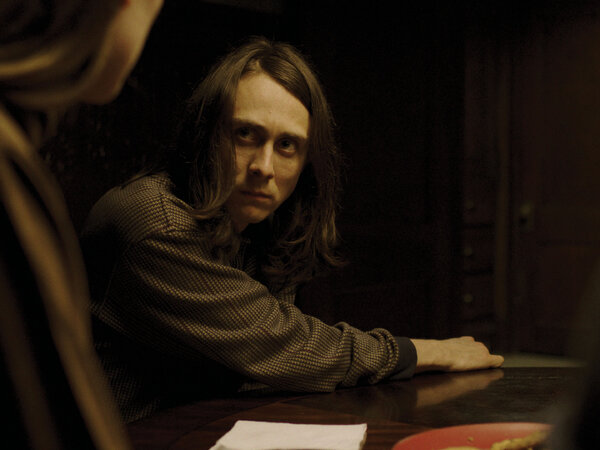 In “My Heart Can’t Beat Unless You Tell It To,” director Jonathan Cuartas teams up with his brother, the cinematographer Michael Cuartas, and father, the production designer Rodrigo Cuartas, to make a film about a household of murderers. This may be dark fodder for a family project, but the result is a visually striking meditation on obligation and complicity.

The main character Dwight (Patrick Fugit) drifts from scene to scene, halfheartedly abducting victims to feed to his vampiric brother, Thomas (Owen Campbell). Meanwhile their sister Jessie (Ingrid Sophie Schram), the family breadwinner, works tirelessly to keep Thomas out of the sunlight and away from prying eyes. Because we are aligned with Dwight’s perspective — he gets the most screen time — the film undersells Jessie’s efforts, casting her more as her brothers’ warden than their surrogate mother. This feels like a noteworthy choice, given that Jessie is the film’s most prominent female character aside from a one-dimensional prostitute.

That’s not to say that Jessie is an angel, just that her humanity deserves as much attention as her rigidity. Jonathan Cuartas said in a statement that “My Heart Can’t Beat” was inspired by his grandmother’s death in hospice, but the film also presents a strong allegory for addiction. Jessie and Dwight both mistake the act of enabling for love, molding their lives around Thomas and denying him agency in the process.

In an early scene, Jessie sings the film’s titular line, a lyric from Helene Smith’s “I Am Controlled by Your Love.” Those words could apply to any combination of the three siblings, as they all suffocate in mutual martyrdom. After all, Thomas is not the superpowered, predatory vampire we’re used to in horror flicks. No matter how much blood Dwight and Jessie fetch, he is slowly wasting away.

My Heart Can’t Beat Unless You Tell It To
Not rated. In English and Spanish, with subtitles. Running time: 1 hour 30 minutes. In theaters and available to rent or buy on Apple TV, Vudu and other streaming platforms and pay TV operators.