Sound designer Nicholas Becker heads to the Oscars with history on his side: No movie with the word “sound” in its title has ever lost the category of Best Sound 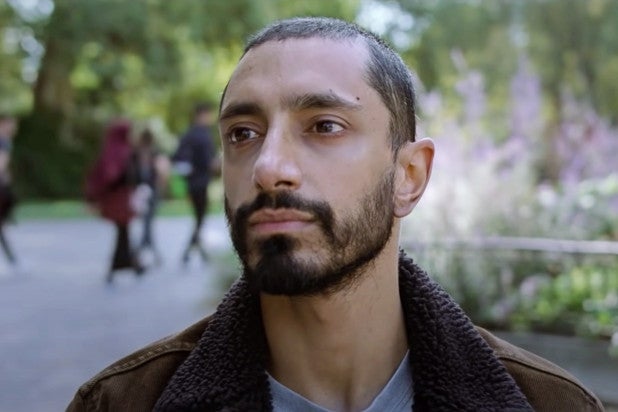 Riz Ahmed in “Sound of Metal”

Spoiler warning: This article discusses the ending of “Sound of Metal.”

Here’s some Oscar trivia: Did you know that both times a film with the word “sound” it its title has been nominated for Best Sound (1952’s “Breaking the Sound Barrier” and 1964’s The Sound of Music”), that film has won the Academy Award in the category.

That’s a stat that bodes very well for this year’s “Sound of Metal,” starring Riz Ahmed as a drummer who loses his hearing, which scored six nominations, including in the newly-singular category of Best Sound. In previous years this craft was split between the disciplines of sound mixing and sound editing. In a category that’s aplenty with war epics and big musicals (as in the case of the above mentioned films), “Sound of Metal” offers something quite different.

“This is not a film with a lot of big explosions,” Oscar nominated sound designer Nicholas Becker told TheWrap from his Paris apartment. “But the Academy voters understood that sound can be its own language. That is something really special for us.”

Sonically, “Sound of Metal,” carefully modulates the absence and then subtle reintroduction of noise on the movie’s daring audio track. Becker addressed the power and beauty of the film’s final scene — incidentally, one in which the audio drops out of the film completely.

To summarize, near the film’s conclusion, there is a wrenching scene in which Ahmed’s character Ruben, a recovering addict, tells his mentor Joe (Paul Raci) that he intends to undergo surgery for a cochlear implant, a prosthetic device that will partially restore a sense of sound. Joe is crushed. “From where I’m sitting,” he tells Ruben, “You look and sound like an addict.”

Ruben nonetheless has the surgery and the film then jumps forward and finds him in Europe. The implant is functional but it provides Ruben with a mechanical version of the world’s soundscape. Sitting in a park, he removes the implant’s processing device. And he sits peacefully in silence.

Moreover, as Becker explained to TheWrap when “Sound of Metal” was released in November, “silence” is actually not exactly the correct word for what is being experienced in that final scene: “It’s a void. And then the sounds of life, whether you are watching the movie in a theater or in your own home, come back into the room.”

Becker drew a comparison to musician John Cage’s famous composition “4’33”, where the conductor and the orchestra come onstage and do nothing for four minutes and 33 seconds. “Instead, everybody feels the environment and the human tension,” Becker said. “And you realize that this, the audience, we are the real world. And music is the intrusion.”

He added, “We are bombarded with so much visual and sonic information. In our lives and in our work and with all the social media that we see. It was a special privilege to work on this film, where our goal was the opposite. It invites us to question what we hear and how we hear. For me, that’s the beauty of all this attention we’ve gotten.”

“Sound of Metal” premiered in 2019 at the Toronto International Film Festival and, true to Becker’s adage, the force of that concluding moment was audible in the 1,400-seat Winter Garden Theatre. Those in attendance heard a lot of sniffling of their fellow audience members, as the life-goes-on conclusion of Ruben’s story played on the screen.

“I’m so happy because the audience is such a big part of experiencing this film,” he said. “It’s all about how we communicate. And in that final scene, it’s an interesting reversal of what we think of as sound. I love that in some ways it’s deep and clever, but really it’s quite simple. Audiences just get it.”

Becker also said that much of the film’s success is due to co-writer/director Darius Marder (Oscar nominated for the original screenplay) and especially Ahmed and Raci, nominated in their respective acting categories.

“I love the fact that Riz and Paul are not speaking so much in their performances,” Becker said. “Well, as you see from the film, that does not mean that they have nothing to say. Not at all. They say so much with their eyes or a look or a gesture.”

Becker was a part of the recording crew for two films (“Gravity” and “Arrival”) that ultimately won Oscars in the sound categories. But this is his first outright nomination. He watched the live stream of the nominations “with a lot of suspense,” he said. “And in that moment of being nominated, I saw all 30 years of my career flash before my eyes. What a privilege.”

He added, “And it was such an amazing day for us. One, two, three, four, five, six nominations. It means that people really responded to the film. That was all we hoped for.”

The 93rd Academy Awards will air on April 25. Becker hopes to attend the ceremony, which will he held at Union Station and the Dolby Theater in Los Angeles, in person. “Sound of Metal” is available for streaming on Amazon.