”Mr. Baldwin cannot hide behind the Assistant Director to attempt to excuse the fact that he did not check the gun himself,“ Mamie Mitchell says in complaint 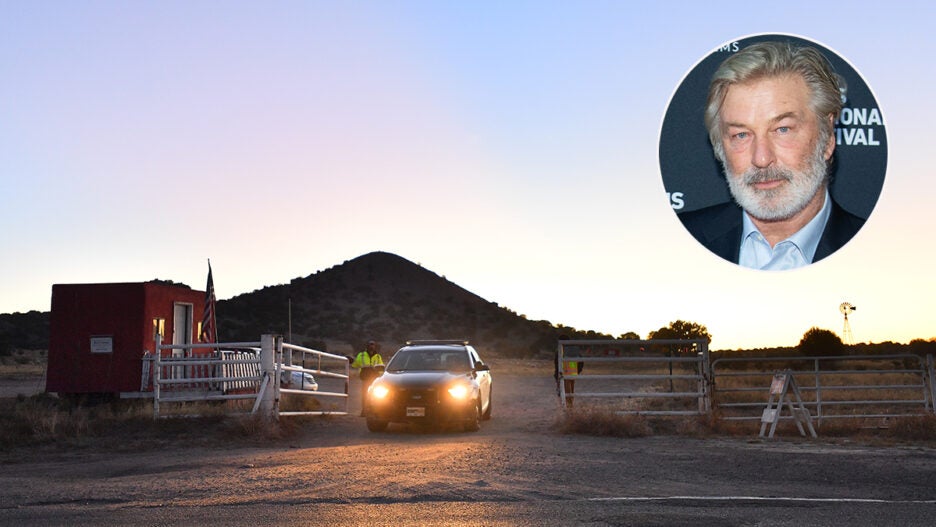 Mamie Mitchell, the script supervisor on “Rust” who was the individual to call 911 after the film’s deadly shooting, has sued Alec Baldwin and the producers on the film, saying that Baldwin bares responsibility for not checking the gun and that cost-cutting measures on the film endangered the crew members.

Her lawsuit filed by her attorney Gloria Allred in L.A. Superior Court on Wednesday, according to several media reports ahead of Allred’s press conference, is the second such complaint after gaffer Serge Svetnoy also sued the production. She’s accusing the production of assault, intentional infliction of emotional distress and deliberate infliction of harm, and the suit also names armorer Hannah Gutierrez-Reed, assistant director Dave Halls and others as defendants.

Mitchell in the lawsuit also blames Baldwin, who she describes as an industry “veteran,” for not checking whether the gun was loaded, adding that there was limited plexiglass protection within the church set on the film, and crew members were not told to look on monitors from outside the church or away from the action. 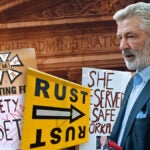 “Alec Baldwin should have assumed that the gun in question was loaded unless and until it was demonstrated to him or checked by him that it was not loaded,” the lawsuit reads. “He had no right to rely upon some alleged statement by the Assistant Director that it was a ‘cold gun.’ Mr. Baldwin cannot hide behind the Assistant Director to attempt to excuse the fact that he did not check the gun himself.”

Mitchell claims that the cost-cutting measures on the film endangered the lives of the crew members. And in a new detail, Mitchell goes as far as to say that the script never called for the gun to be discharged in that moment and at no time was she advised that a gun would be discharged. The suit describes three different shots, including close ups of Baldwin’s eyes, a bloodstain on his shoulder and a shot of his torso as he reached for the holster.

“There was nothing in the script about the gun being discharged by DEFENDANT BALDWIN or by any other person,” the suit continues.

Representatives for Baldwin and the producers on “Rust” did not immediately respond to TheWrap’s request for comment.

Cinematographer Halyna Hutchins was killed on Oct. 21 and director Joel Souza was injured when a gun held by Baldwin discharged containing a “live round,” as authorities have previously reported. Baldwin was handed the firearm after being told it was a “cold gun.” A criminal investigation is still ongoing and no charges have been filed.

Mitchell in a 911 dispatch call could be heard on the day of the shooting frantically telling police, “We were rehearsing and it went off…we’ve had two people accidentally shot by a prop gun; we need help immediately.”

“This (expletive) AD that yelled at me at lunch – asking about revisions, this mother (expletive) – he’s supposed to check the guns, he’s responsible for what happens on the set,” Mitchell said in the call. “We were rehearsing and it went off and I ran out, we all ran out.”