Luke Evans, Olivia Colman and Jessie Buckley lend their voices to this animated musical of the holiday classic. 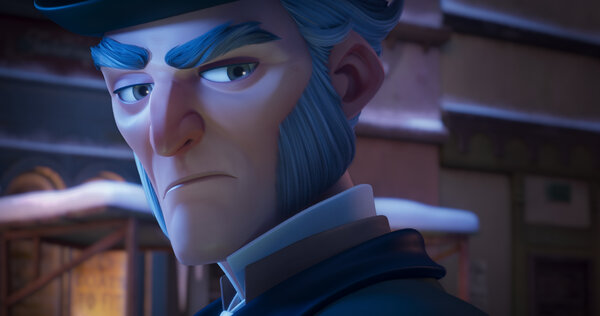 In a season of movies that singe the rich — we see you “The Menu” and “Glass Onion: A Knives Out Mystery” — the animated musical “Scrooge: A Christmas Carol” spares one of literature’s more infamous capitalists, Mr. Ebenezer Scrooge (voiced by Luke Evans). Perhaps “spares” is not the right word for what Jacob Marley’s partner in predatory lending endures in the director Stephen Donnelly’s vivid if hardly warranted adaptation of Charles Dickens’s 1843 novella.

The timing for Dickens’s Industrial Revolution jabs may be apt, but this outing’s gilded extravagance muffles the author’s less-is-moral observations. The animation waxes psychedelic. The songs, arranged by Jeremy Holland-Smith, often have an auditioning-for-Broadway belt to them. The opener “I Love Christmas” — with Scrooge’s good-hearted nephew, Harry (Fra Fee), singing and dancing his way to his uncle’s establishment — feels pushy.

Before his death in 2021, the distinguished lyricist-composer Leslie Bricusse wrote that new song. Holland-Smith and Donnelly penned two others, and the arranger revamped the other songs, which Bricusse had created for the 1970 adaptation, “Scrooge,” including the Oscar-nominated, zest-for-life-and-death number “Thank You Very Much.” That film starred Albert Finney and featured Alec Guinness as Jacob Marley. This cast, too, brims with class acts: Jonathan Pryce as the cautioning Marley; Olivia Colman as Past; Jessie Buckley as Scrooge’s onetime fiancée. Especially winning are Giles Terera (as Tom Jenkins) and Trevor Dion Nicholas as that most Falstaffian of the Christmas Eve ghosts, Present.

This update has its moments of aplomb, but too many of Dickens’s most incisive lines are no more, which invites the not entirely charitable, two-word retort Scrooge made famous.