The smart money had been on the Rise of Skywalker main trailer dropping at the Disney expo, D23, in August. However, reports claim the focus there wil be on The Mandalorian and all things related to the imminent Dinsey+ streaming service. Instead, after missing the last few years, Lucasfilm and Disney are taking a slot at San Diego Comic Con from July 18, where the Star Wars 9 trailer is now expected to debut. New leaks are already circulating with descriptions of thrilling new footage.

Obviously, all such leaks must be taken with a huge dose of salt, but previous descriptions lined up with much of what was shown in the first trailer.

The leak described the following scenes: “A shot of Kylo Ren’s shuttle landing on a desert world where Kylo and all six of his knights exit on their speeders. It brings a parallel to the cloud riders from Solo: A Star Wars Story where some of the Knights are using their blasters against the resistance such as Poe and Finn. All their gear is packed on the back of their speeders.

“The next describes Kylo Ren kneeling in the rain, looking up to someone in fear. His lightsaber is said to be ignited in a piece of metal in the ground. This could be Kylo witnessing the new villain off-screen.” 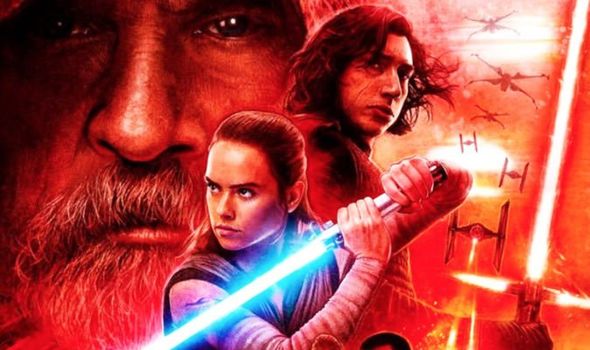 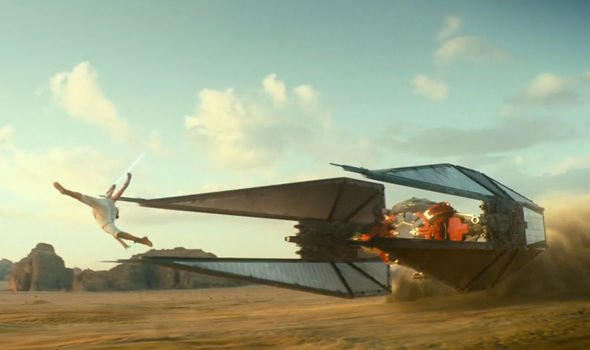 “Another describes Rey running with her lightsaber ignited away from a TIE fighter shooting at her on a rocky world. She jumps into a trench where an explosion occurs from a TIE echelon. This transitions to Rey using her lightsaber deflecting fire from a miniature AT-AT where a First Order trooper can be seen controlling the new Walker and its weapons.”

“Lastly, dialogue of the character of Luke Skywalker plays over footage where Luke is talking about the inevitability of the Light and Dark rising to create chaos.

“Finally, Luke is in his ceremonial robes standing on a hill in a forest world with a bright moon in the distance.” 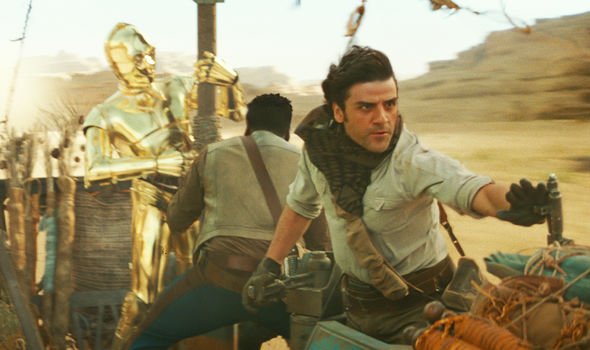 The Knights battling Finn and Poe could tie in with the latest images of the heroes on a barge on a sandy world. There have also been images from sets at Pinewood showing forest sets. Is this confirmation of these leaks or clever guesswork based on the existing images and information?

The rocky world is potentially new information, as is the concept of new miniature AT-ATs.

As for the potential villain, there has been talk of “The Dark Acolyte.” These Dark Jedi fought under Count Dooku in the Clone Wars and could be an exciting new angle for the final Skywalker epic.