Don Cheadle, Hong Chau, Leslie Odom Jr., Zoey Deutch and Lindsay Lohan explain what films they turn to at this time of year. 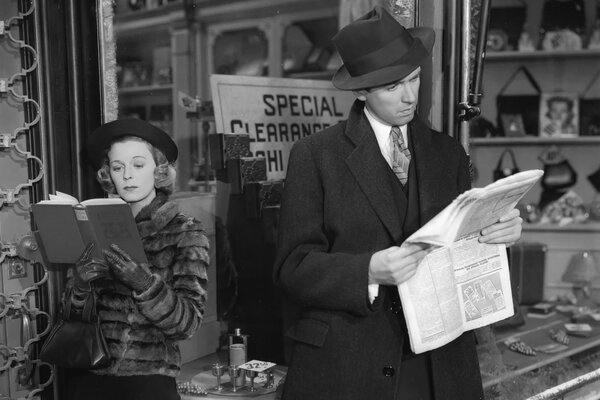 How do actors entertain themselves when they gather with family and friends for the holidays? They watch movies, just like the rest of us. Here, a few of the stars from this season’s releases talk about the films that have become longstanding seasonal traditions, and the others they hope will one day.

This season the actress can be seen in “The Whale” and “The Menu.”

Her favorite: “The Shop Around the Corner” (1940), Ernst Lubitsch’s romantic comedy with Jimmy Stewart and Margaret Sullavan as seemingly antagonistic clerks in a Budapest store.

Why: It’s just got everything. It is set during Christmastime, even though it’s not a typical holiday movie. It’s a workplace comedy. It’s a romantic comedy. And even the supporting characters are all memorable, and the comedy is just timeless. I really love Pepi [William Tracy as a comically cocksure delivery boy], oddly. I like that he wins in the end, and he’s taking over for the Jimmy Stewart character, basically. If they ever do a sequel, he should be the main character. And the music is romantic and sweet, even that little song in the bit about the cigar box. I like being transported whenever I watch a movie. And getting to be in that shop full of wonderful little items, and having all of the signage in Hungarian, does that. I wish I could be in there and just get to examine and touch everything.

My daughter is 23 months and I think it will be a good one for her. She actually watches a lot of older movies, like “Singin’ in the Rain” and the “That’s Entertainment” compilation. So she has seen a lot of Fred Astaire and Ginger Rogers and Gene Kelly and Debbie Reynolds.

This season the actor can be seen in “White Noise.”

Why: I don’t really have a “put us in the spirit of Christmas” movie. I mean, the low-hanging fruit is “It’s a Wonderful Life,” which is a great movie, and if it’s on, I’m going to watch it. But the ones that we would somehow always end up watching when my kids were home on Christmas break — they’re adults now and out of the house — are “Monty Python and the Holy Grail” and “Dr. Strangelove.” Neither are holiday movies, but they always seem to find their way onto our TV.