Then, about halfway through, our plucky hero and narrator Balram (Adarsh Gourav) gleefully sets fire to our expectations. India, he tells us, used to have a thousand castes. “Now there are two – those with big bellies and those with small bellies. I was trapped and I didn’t believe for a second there was a million-rupee game show to get out of it.”

From here, Ramin Bahrani’s adaptation of Aravind Adiga’s novel begins to feel less like an imitation of Danny Boyle’s Oscar winner and more a stinging critique of it.

There’s nothing feel-good about Balram’s climb up the greasy pole. To him, modern India is a “rooster coop” where servile masses wait stupidly to be butchered and fed to the rich.

We know Balram escapes from the opening scene where, as a nattily attired entrepreneur, he starts narrating his life story.

It begins in the early Noughties as the impoverished Balram decides to manipulate his way into the affections of Ashok (Rajkummar Rao), the American-educated son of the wealthy coal baron who owns his village. 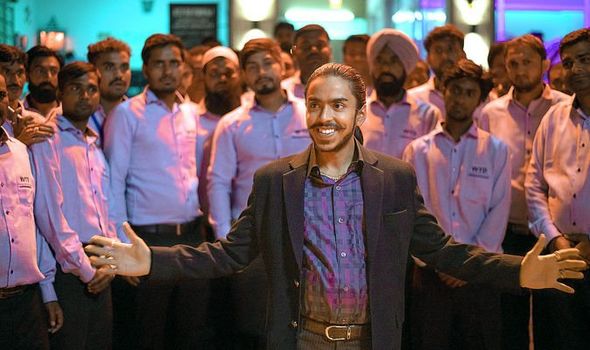 We root for him when he lands a job as Ashok’s chauffeur but there’s something deeply unsettling about him too and, though the pace sags a little in the middle, this tension keeps us hooked as we hurtle towards the pitch-black finale.

To the witty and now worldly narrator, morality is a luxury of the rich.

To escape the chopping block, an ambitious young man may need to wield an axe of his own.