The experiences of American-born or -raised Latinos remain largely overlooked in entertainment — or conflated with border-crossing stories, and those set in Latin America. So we assembled a list of 20 essential films released since the year 2000 that focus on characters with an American identity and Latino heritage. Here, some of the Latino actors and filmmakers whose work appears on the list share when they first felt seen onscreen.

Victor Rasuk, 36, actor: “The reason I even started acting is because when I was in middle school, New York City was giving out comp tickets for public city schools to go see Broadway shows and I was able to see John Leguizamo’s one-man show called ‘Freak.’ I’d never seen anybody talk about Latinos or Latino families the way he did.”

Benjamin Bratt, 56, actor: “Sadly, it never dawned on me as a kid that being represented on film was even possible. It wasn’t until I was 9 or 10 years old, when I first saw Bruce Lee in ‘Enter the Dragon’ — a man of color as powerful as any superhero — that I registered you didn’t have to be white to play the hero.” 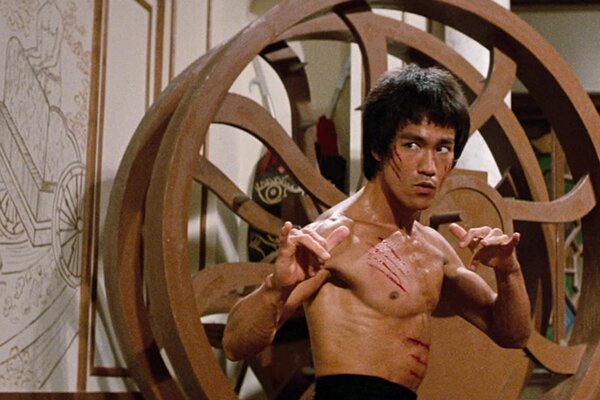 America Ferrera, 36, actress: “I watched ‘Stand and Deliver’ in my seventh-grade English class. It was the first time I saw a movie full of young American Latino faces and it was exhilarating.”

Robert Rodriguez, 52, director: “One of my teachers, we called him ‘Cool Raúl,’ came in and he had this briefcase and he pulled out a videotape that he handled like it was a piece of gold. It was ‘Zoot Suit.’ It was more L.A. Chicano and we were in Texas, but still you felt like those were your people.”

Raul Castillo, 43, actor: “I have a distinct memory of watching ‘La Bamba’ at the Border Theater in Mission, Tex., when I was a little kid and being tickled by characters that looked and sounded like the people in my life. I didn’t know movies could do that. I think the whole South Texas audience was feeling it because people were talking back to the screen. ‘No llores, cabrón,’ could be heard at full voice when Bob is crying on the bridge at the end of the movie after Ritchie’s death.”

Michelle Rodriguez, 42, actress: “‘Selena’ was an amazing movie. I remember jumping up and down when it got nominated. I didn’t necessarily relate so much to Rosie Perez of it all because I grew up in Texas. I related a lot more to Selena — that story is so powerful.”

Cristina Ibarra, 48, documentary filmmaker: “I’m not from the barrio, I’m not macho and I’ve never worn a zoot suit, but Edward James Olmos’s iconic pachuco, in Luis Valdez’s boundary-crossing movie adaptation of his play ‘Zoot Suit,’ was the first time I saw my own inner conflict between my American and Mexican selves represented onscreen.”

Deborah Esquenazi, 43, documentary filmmaker: “The films of Fellini, particularly ‘Amarcord,’ really hit close for me. Seeing the messiness and hyperrealism of loud, boisterous families felt like I was watching a documentary. My parents are Cuban and I grew up on a cul-de-sac, which included my aunts and abuela, so life always felt full and loud and musical in my younger days.”

Moctesuma Esparza, 71, producer: “‘Salt of the Earth’ was a movie that portrayed American Latino life, specifically Chicano life in the ’50s. Then there was Luis Valdez’s ‘I Am Joaquin,’ which I saw at the offices of La Raza newspaper in the basement of the Church of the Epiphany in Lincoln Heights [in Los Angeles]. It was deeply moving and ultimately an inspiration for my career as a filmmaker.”

Aurora Guerrero, 49, director: “The first time I saw queer, young, U.S. Latinx representation was when Mary Guzman released her indie San Francisco-based film, ‘Desi’s Looking for a New Girl.’ It was original in its storytelling approach, plus I knew half the people in front of and behind the scenes.”

Cristina Costantini, 31, documentary filmmaker: “I fell in love with ‘My Big Fat Greek Wedding,’ as did so many of my friends who are the children of immigrants. The film celebrates this universal experience we’ve all had of being a bridge between two cultures that constantly judge and misunderstand one another.”

Peter Bratt, 57, director: “I was in college, majoring in political science, when I went to this little art-house theater to see a film by a then unknown filmmaker, Spike Lee: ‘She’s Gotta Have It.’ To see nothing but beautiful Black faces blew me away — and changed my life. It gave me permission to imagine that I, too, could make movies where white folks were not the center of the universe.”

Kareem Tabsch, 40, documentary filmmaker: “The PBS television show ‘Que Pasa, USA?’ was the first time I could see my experience reflected onscreen. Three generations of a Cuban-American family are living under one roof in Miami — I still watch it on occasion and nod my head in recognition amid the laughs.”

Emily Rios, 31, actress: “I think the first time I saw a representation of my culture was in ‘Selena.’ Particularly the part where Edward James Olmos talks about the difficulty of being Mexican-American, saying, ‘We’ve got to be more Mexican than the Mexicans and more American than the Americans. … It’s exhausting.’”

Luna Lauren Velez, 55, actress: “As an Afro-Latina, the first time I really felt someone onscreen reminded me of my family was with Rosie Perez. It was so wonderful and exhilarating to see a Nuyorican being in great films. She paved the way for a lot of other Latinas who didn’t fit the model of what Hollywood thought a Latina was.”

Cecilia Aldarondo, 40, documentary filmmaker: “I identified most with ‘West Side Story’ growing up, a film that had most Puerto Ricans played by actors in brownface — the incomparable Rita Moreno notwithstanding. In retrospect, I realize I’m still waiting for nuanced representations I can identify with.”