Billie Eilish’s new documentary, Billie Eilish: The World’s a Little Blurry, gives fans an inside look at a year in the life of the young pop star, as she ascended from viral sensation to bona fide global superstar.

“It’s quite a ride, that year,” director R.J. Cutler told ET, sharing how he and a minimalist crew embedded themselves with Eilish and her family for over 140 days over the course of about one year — and ended up tracking her through the release of her massively successful debut album, When We All Fall Asleep, Where Do We Go?, all the way to GRAMMY night, where the album netted Eilish a sweep of the Recording Academy’s Big Four awards.

“[For] every 17-year-old, your 17th year’s quite a ride,” Cutler noted. “But this one involved, you know, emerging as the voice of a generation, if not the voice of our time, and the burdens, responsibilities, privileges, opportunities that go along with that.”

The documentary doesn’t shy away from the tougher stuff, allowing Eilish to open up about her love life, struggles with stardom and history with depression and self-harm. Some of the most unexpectedly candid moments in the doc center on Eilish’s roller-coaster relationship with “Q,” aka Brandon Adams, aka rapper 7:AMP.

The pair share “I love yous” and frequently talk on the phone over the course of the film, but the relationship is strained by Eilish’s career demands and Q’s inconsistent behavior. (After Eilish gets him tickets to her first Coachella weekend in April 2019, he blows her off after her big set.) Later, Q ends up in the emergency room after punching a wall, and Eilish shares that she’s trying to get him into therapy.

So, who is Q? The now-24-year-old rapper doesn’t have much of a public social media presence, and in fact, deleted his Instagram just a few days before the doc’s release. He has released one major EP under the name 7:AMP, 2019’s BLEAUPRO, which features Eilish on the cover — the only photo of the singer that was featured on his now-defunct Instagram page. 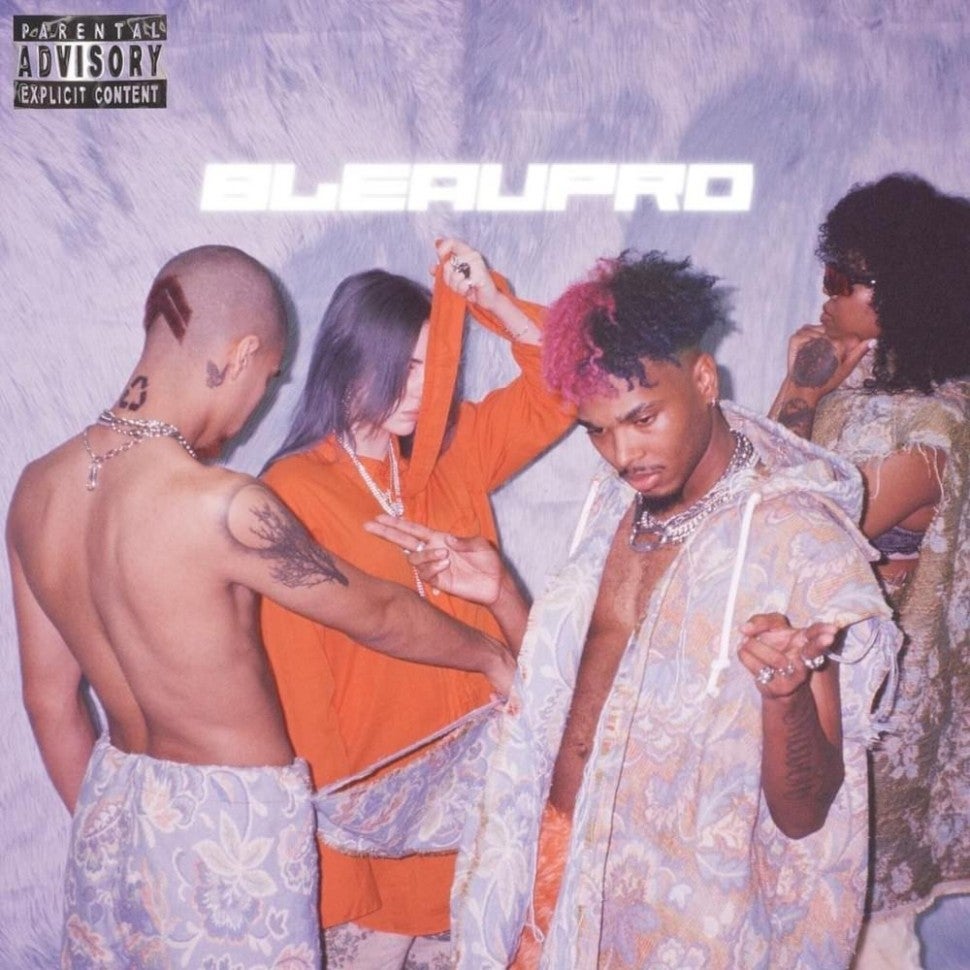 He has also been affiliated with the Ateaze Music Group, whose Instagram page shared a Tidal video of Eilish from 2019 naming BLEAUPRO as one of her favorite, life-changing albums. “Besides the fact that that’s a person that means a lot to me, in every way I could possibly tell you…that album is like nothing I’ve ever heard,” she raves in the clip. “I feel like there’s so many elements that you’d never think of. Only 7 would think of them. I can tell he’s just on another level right now.”

The Ateaze Instagram page teased upcoming new music from 7:AMP back in July 2020, however, the most recent release on his YouTube and Spotify pages is a December 2019 collab with Kill Nigel, titled “OD for Love.”

As the documentary carries on throughout Eilish’s whirlwind year, she and Q grow apart and ultimately split. “I just wasn’t happy,” Eilish says, sharing that while she still loves Q, they didn’t want the same things and she was tired of trying to “fix” him. “I don’t think you should be in a relationship super excited about things that the other person couldn’t care less about…. There was just a lack of effort, I think. I was like, ‘Dude, you don’t even have enough love to love yourself, you can’t love me. And you don’t.'”

“I do love him though, which is what made it harder,” she continues. “‘Cause I’m not over him. I didn’t find someone else, I didn’t stop having love for him. I just spent time away from him for a little bit and I was like, ‘Wow, I’m missing so much because I’m worried about you all the time.'”

In the months since, Eilish has said in interviews that she is now happily single, but for Cutler, the spotlight on the young singer’s personal journey was just another facet of her life during the time they were filming, which was meaningful to showcase in the documentary.

Billie Eilish: The World’s a Little Blurry is streaming now on Apple TV+. See more on the doc in the video below.