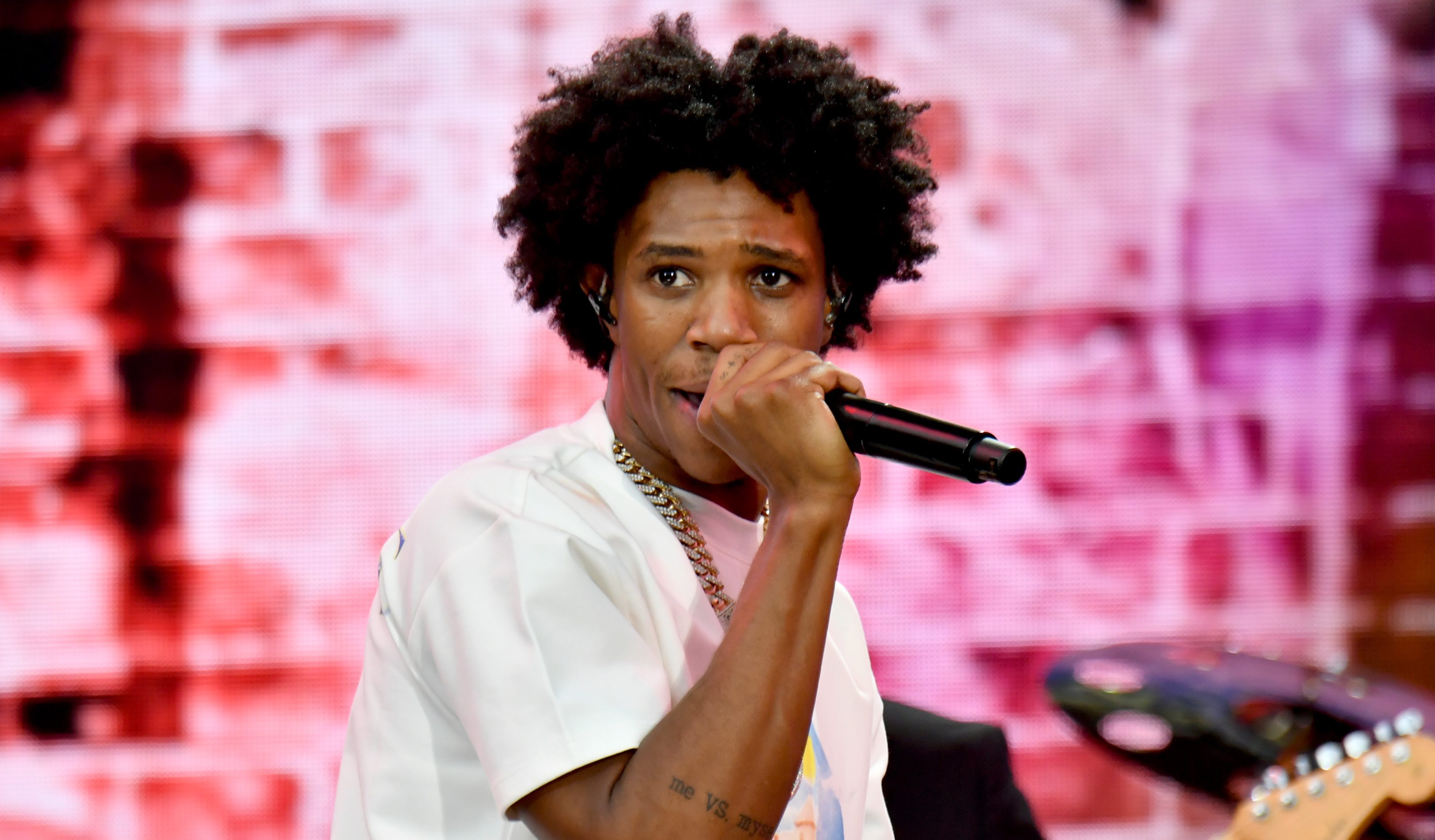 A Boogie With Da Hoodie was arrested before Wireless festival yesterday, causing his performance to be cancelled.

The American rapper, real name Julius Dubose, was due to perform at the London festival at Crystal Palace Park on Saturday afternoon.

However, festival organisers reportedly posted a message announcing he would not be appearing and that they were hoping to reschedule for Sunday.

The message read: ‘There has been an incident involving A Boogie Wit Da Hoodie. He is safe and we are working to change his set to sometime tomorrow.’

On Sunday morning, the 25-year-old rapper shared further insight into the incident and wrote in his Instagram stories: ‘Smh sorry to everyone who came out to see me at Wireless, London police locked me up before I went on stage for something I was accused of 2 years ago.

A Metropolitan Police spokesperson told Metro.co.uk in a statement: ‘On Saturday, 11 September, a 25-year-old man was arrested at the Wireless Festival in Crystal Palace Park.

‘The arrest was made by Met Police officers at the request of Greater Manchester Police.

‘The man was released on bail to attend a Greater Manchester police station at a later date.’

A Boogie Wit Da Hoodie is best known for the hit singles Numbers, Look Back At It and Drowning. He released his debut album, The Bigger Artist, in 2017 and earned his first number one on the Billboard 200 chart with his second studio album, Hoodie SZN, released in 2018.

He is expected to release his fourth album, A Boogie vs Artist, later this year.

This year’s Wireless event is taking place this month instead of its typical month of July due to previous Covid restrictions.

It is also being held at Crystal Palace Park in south London for the first time, moving from its former homes of Finsbury Park, Hyde Park and the Olympic Park.

The line-up has featured performances from the likes of Skepta, Future, Giggs, Megan The Stallion and Meek Mill, while Drake made a surprise appearance on Friday.

Metro.co.uk has reached out to Wireless and A Boogie Wit Da Hoodie’s reps for further comment.