Andrea Bocelli has kept himself very busy this year despite the difficulties of the pandemic. After live-streaming his Music For Hope Easter Sunday concert, the incredible Italian tenor has released a new studio album in Believe. And recently he released the music video for his fourth single Hallelujah, which he says represents the messages of unity and hope that are at the core of the record.

The gorgeous dance music video of the Leonard Cohen cover was shot in Liguria, which is located on the north-western coast of Italy.

Bocelli is seen climbing over rocks by the ocean as group Retropalco dance around him.

Also featured prominently in the video is the Roman Catholic Church of St Peter (San Pietro) located at Porto Venere on the Ligurian coast.

The 5th-century structure faces the Gulf of Poets and was restored in the early 1930s. 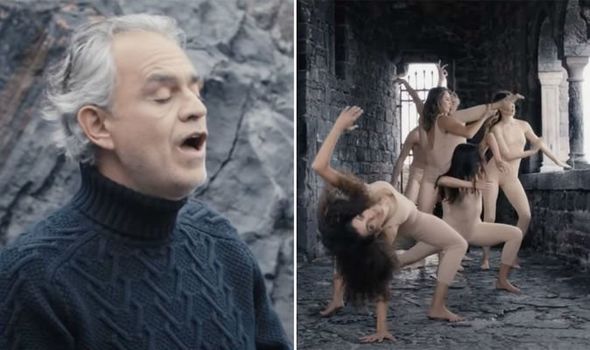 Last weekend, the Italian tenor sang Hallelujah in a beautiful duet with his daughter Virginia Bocelli.

The 62-year-old father was performing his festive live-streamed concert Believe in Christmas when he invited his 8-year-old on stage.

Holding a guitar, Virginia handed it to him before they began singing in English and Italian together. 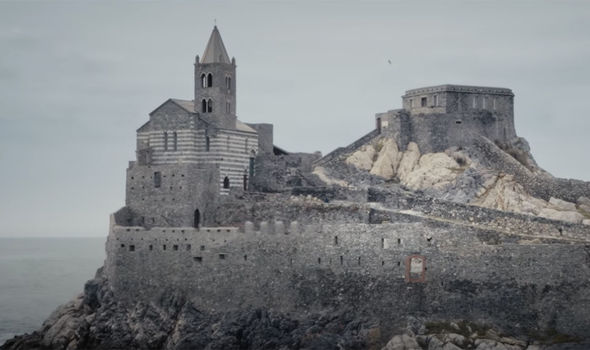 Before their duet, Bocelli shared on his Instagram: “Virginia’s eyes will be the eyes of the world: as she looks over the wonder of the theatre and the magic of Christmas.

“She will lead us by the hand in a special journey, a celebration made of music, spirituality, happiness and wonder (thanks to the visionary direction of Franco Dragone), made of warmth, kinmanship, and optimism, the gift we most wish to receive this year.

“For one day, Virginia will be the host… and you will be her guests.”

Perhaps a tease that he hopes his daughter will follow in his footsteps with a professional career in singing?

Bocelli spoke exclusively with Express.co.uk earlier this year about the two new duets that feature on his latest album Believe.

He said: “Regarding the duets, it was a great joy to intertwine my voice with that of the great Cecilia Bartoli, the most important mezzo-soprano of our time with her own thriving career.

“It was a great joy to have the opportunity to duet with Alison Krauss, a multi-talented, exuberant artist, one of the true icons of American music.”

The tenor recorded with them remotely due to the pandemic, explaining: “In compliance with local health precautions, we opted to record the songs separately: Cecilia in Monte Carlo and Alison in Nashville. Of course, before and after, we got together over video calls several times to optimise the recording and sing “together”, albeit at a distance!”

While on his new album as a whole, Bocelli summed up: “This is an album I hold very dear to my heart.”

“The fruit of a long internal journey even more so than an external, artistic one.

“It’s a project with a purpose to put into words the musical dimension of spirituality by offering music that – at least for our intentions – can bring peace and harmony to those who listen to it.”