Strictly: Andrea and Matteo Bocelli perform Fall On Me

Andrea Bocelli first started duetting with his son in 2018 after discovering that not only did Matteo Bocelli want to be a singer, but he had inherited his father’s incredible vocals. Their first duet was Fall On Me, a tribute to each other and a song that features in the end credits of live-action Disney movie The Nutcracker and the Four Realms. Now the 23-year-old has teased his very only solo music is on the way.

Matteo wrote on Instagram this weekend: “It’s been two years since my debut at the most important music festival in Italy.

“I’ll never forget the incredible feeling of walking on to the stage for the first time.

“That moment marked the beginning of an intense creative journey – I can’t wait to share my music with you soon.”

Hopefully, it won’t be too long before the 23-year-old shares more with his fans. 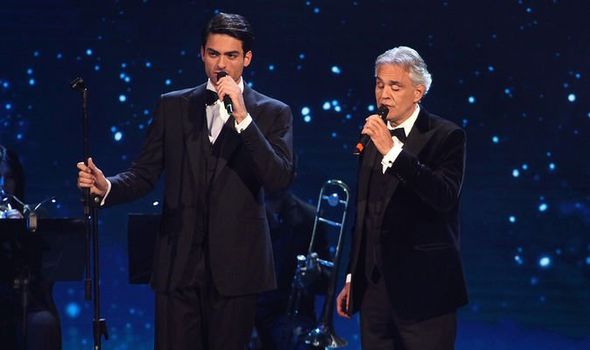 In a YouTube Q&A last year, Matteo teased: “We’re composing a lot of songs that we hope to share with you very soon. I’m writing a lot of new music.”

Aside from a couple of duets with his father, his solo debut came last year when he had the chance to work with Disney once again.

Andrea’s son had the privilege of recording a cover of Elton John’s Can You Feel The Love Tonight from The Lion King.

The track was sung with the Royal Philharmonic Orchestra for 2020 album Disney Goes Classical. 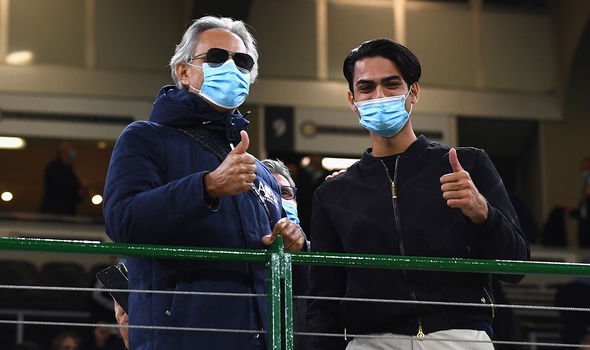 In The Q&A he said: “Now with this new experience…it’s basically the very first solo release in my career.

“So I’m very excited and, of course, I had the chance to be honoured to sing Elton John’s song. It’s been very challenging but I hope you appreciate it.”

In the comments on the video, Matteo’s fans couldn’t help but highlight his hunky good looks, saying he should play a Disney prince.

Alongside the 23-year-old, his little sister Virginia is also an up-and-coming singer.

Virginia, who is just 8-years-old, sang Leonard Cohen’s Hallelujah with her father Andrea at his Believe in Christmas concert last year.

Express.co.uk asked the 62-year-old if a family album was now in the works considering the talent and popularity surrounding his children.

He said: “It’s not a consideration at the moment. But… never say never.”

While on singing with Matteo in lockdown Andrea added: “It happens a lot, yes. Matteo hasn’t been with us lately, as he has spent a few weeks working in Australia. He is just back and we’re definitely planning to make up for lost time.”

Asked if Virginia was nervous for her live performance, Andrea said: “No, she wasn’t nervous, she is a very determined child, and certainly her piano and dance studies have helped her understand when you need to give your all.

“In Parma, everything went smoothly and with the greatest of ease. It’s a father and daughter duo singing a song together.

“Virginia has mastered how to forget the cameras and stay focussed. She maintains the right spontaneity – on a song that I’d recently recorded that she has heard so many times.”