Britney Spears appeared to share a cryptic post on Instagram after she got big news in her conservatorship battle. Britney has been fighting to get her dad, Jamie Spears, to step down as her conservator for several months, and it was revealed on August 12 that Jamie had made the decision to “step aside.”

Jamie agreed to make what was described as an “orderly transition” towards a new legal arrangement for his daughter (per BBC), but did not confirm exactly when he’ll be making the move. Instead, he claimed he felt he’d been “the unremitting target of unjustified attacks” over his role in Britney’s life since the conservatorship was put in place back in 2008 and suggested there were “no actual grounds” for him to step down.

However, the news was celebrated by Britney’s legal team and many of her fans across the world after she filed to have Jamie removed. The star’s lawyer, Mathew Rosengart — who joined the case in July — described the decision as being “vindication” for the “I’m A Slave 4 U” singer and urged Jamie to “remain silent and step aside immediately.” He also added that the move marked “a major victory for Britney Spears and another step toward justice.”

But what does Britney really think about Jamie stepping back? Read on for what she posted after the news was made public. 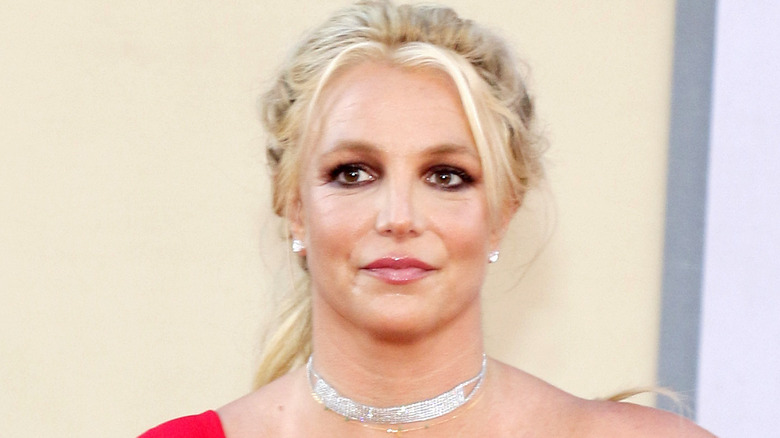 Britney Spears appeared to address her legal victory in a video posted to her Instagram account on August 12. The star shared a clip of herself dancing, which was made up of several shots showing her different outfits while in the dance studio during a vacation to Maui, Hawaii.

She didn’t directly address the news in an obvious way, but appeared to hint at her dad, Jamie Spears stepping back in the caption by writing, “I’m very hesitant when dancing but letting go is freedom !!!!” She cryptically continued, “I’m not sure exactly why I’m being so cautious,” but noted that her left foot may have been “talking to [her] !!!!” Britney then somewhat tellingly wrote, “You can tell when I turn but hopefully I will let go thoroughly and follow through soon !!!!” alongside a dove emoji.

Many fans linked her post to her conservatorship case and shared their thoughts in the comments. “CONGRATULATIONS BRITNEY!!!!!!!! YOU DESERVE FREEDOM!!!!!!!!!” one person wrote in all caps. Another commented, “Congrats sweetheart you are free.”

Britney also shared a drawing on Instagram on August 12 that showed a woman on a white background with flowers in her hair. She left it captionless, though fans continued to share love in the comments section. “She’s free,” one person wrote with a prayer hands and white heart emoji.

Daily Mail reported Britney also posted a topless snap, which appears to have been deleted.