It may still be a few months before fans can see BTS face-to-face. Still, ARMYs are preparing for their concerts with this iconic merch item. What’s one of BTS’ most popular merch items? Here’s what we know about the meaning behind these popular items and what fans are saying about the most recently-released version. 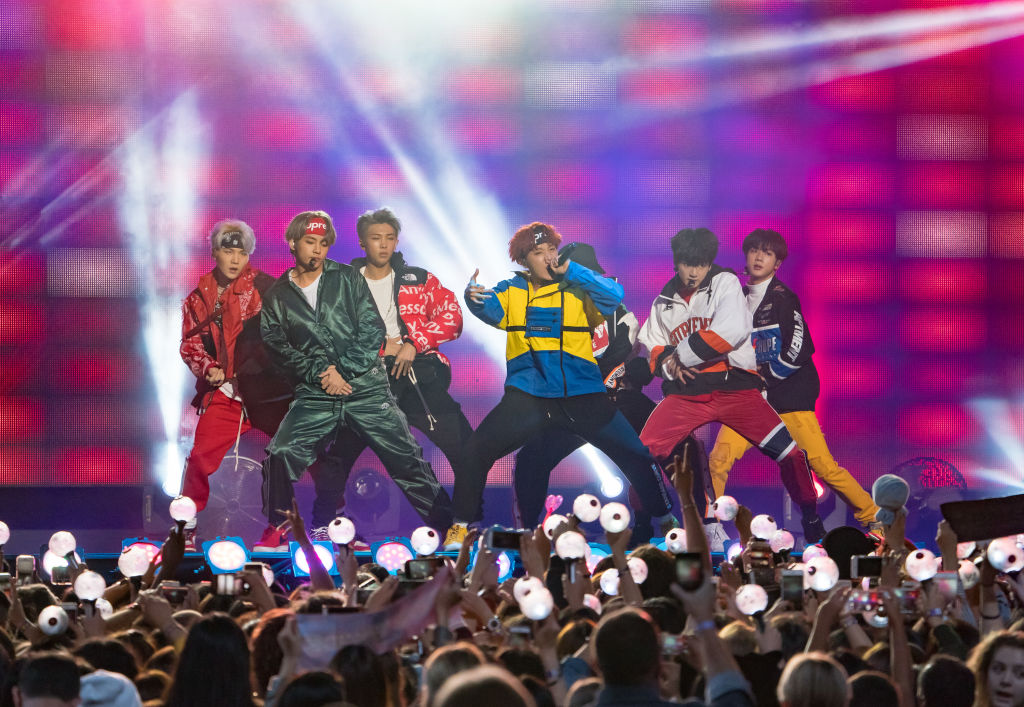 The BTS lightstick is called an ‘ARMY Bomb’

From “fan cams” to biases, there are a few traditions that go along with being a K-pop fan. When it comes to merchandise, most K-pop groups have their own “light sticks,” waved by fans during concerts. That includes BTS, who has a few different versions of their “ARMY Bombs” purchased by fans.

The BTS members are currently on their third version of their light stick, although this one still changes colors whenever connected during concerts. Outside of concerts, however, it still lights up, which some fans showcased during “Bang Bang Con.” Other fans, however, are still waiting to see BTS perform live.

Once this version of the ARMY Bomb dropped along with Map of the Soul: 7, it sold out in a matter of days. Don’t worry, though, the light sticks have since been restocked. Now, fans worldwide can purchase the official lightstick online.

The current version costs over $100 United States dollars. (It does come with some “mini photo cards” of the K-pop members, though!) Fans can also purchase this merch item at concerts, although some fans report that they typically sell out quickly.

Fans shared their love (and memories) with their ARMY Bombs

Due to the coronavirus (COVID-19) pandemic, fans are still a few months away from seeing this K-pop group in concert. In the meantime, though, some shared their favorite members with their ARMY Bombs on social media, as well as their daydreams for the Map of the Soul tour.

“My very first date was at a BTS concert. I got into K-pop because of a crush, to the point where I raised $300+ and lied to my parents just so I could get tickets to impress him,” one Twitter user said of her experience at a live concert. “We shared an army bomb and yelled ‘J-HOOOPE’ together and after two years of pining he turned out to be gay.”

“I heard Moon this morning and imagined Seokjin sitting on a moon floating around the stadium with our ARMY bombs as the stars in the sky. He’s so perfect in that song and always,” another Twitter user wrote.

ARMYs can see BTS perform live and even wave their ARMY Bombs together at their now-postponed Map of the Soul world tour. Music by BTS, including their recently released album, Map of the Soul: 7, is available for streaming on Spotify.