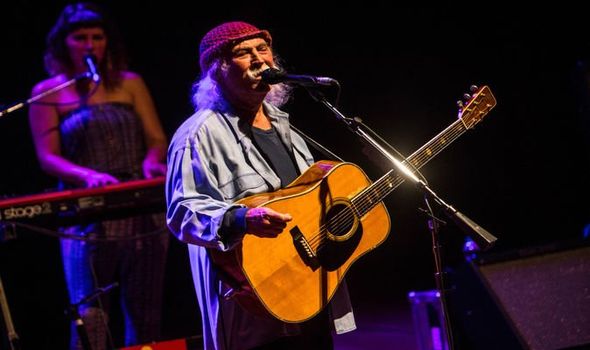 For Free is the Californian star’s fifth solo album since 2014 and it’s surprisingly optimistic considering Covid-cancelled tours brought him to the verge of bankruptcy, while tendonitis has made playing guitar an ordeal for him.

Crosby needed something to “make me feel whole”, he says, and For Free does the trick. It’s like sunshine on a rainy day, the antidote to pandemic misery.

“I found my way,” Crosby sings on I Think I. He certainly seems to have found contentment. The cheerful feel is apparent on uplifting opening track River Rise which sees Crosby team up with Doobie Brothers singer Michael McDonald to look death straight in the eye.

The album was recorded, produced and co-written with David’s son James Raymond – much of it in Raymond’s garage. The sound is West Coast Americana, as you’d expect.

Exceptions are Rodriguez For a Night, co-written with Steely Dan’s Donald Fagen, which veers into jazz fusion territory, and Raymond’s mournful closer I Won’t Stay For Long.

Crosby covers Joni Mitchell’s For Free on the title track, a simple duet performed with Sarah Jarosz, and shuffles into sci-fi on Secret Dancer – about a robot built for war that takes one look at human history and decides night-time dancing is a better option.

Fifty-seven years on from the birth of The Byrds and 52 years since Crosby, Stills & Nash’s debut album, David Crosby is still making quality music – for the love of it, if not for free.