The iconic festival, which was headlined by The Killers, The Cure and Stormzy, is normally awash with mud and grime.

But in a welcome surprise Worthy Farm basked in the scorching sun.

However, as temperatures soared Glasto bosses soon realised their water supply was coming under immense strain.

Concerned for festival-goers’ safety, bosses cut the water for showers in a bid to preserve drinking water.

“We have to prioritise drinking water”

A member of security told Daily Star Online: “The showers have all been turned off.

“We have to prioritise drinking water.

“Once that’s sorted we will try and get the showers up and running.”

The issue is believed to have occurred across the site including hospitality areas. 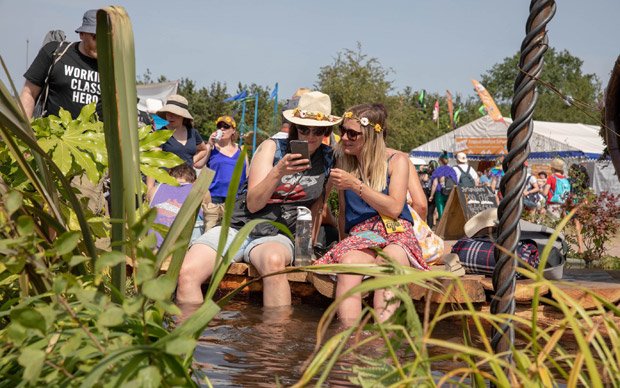 Meanwhile, a festival-goer said: “We went to get some water last night [Friday] from the water refill and it had completely run out.”

As well as a host of big names playing the Pyramid Stage including Kylie and Janet Jackson, celebs from around the world flocked to Glasto this weekend.

Jack Whitehall and Brooklyn Beckham were spotted catching up backstage in the EE Recharge area, while Louis Tomlinson was seen partying into the early hours in the exclusive Rabbit Hole on Thursday night.

For those who were unable to secure tickets, for the first time ever the official EE Glastonbury app will link up to BBC iPlayer and Apple Music to allow those at home to watch and listen to artists all over the weekend. 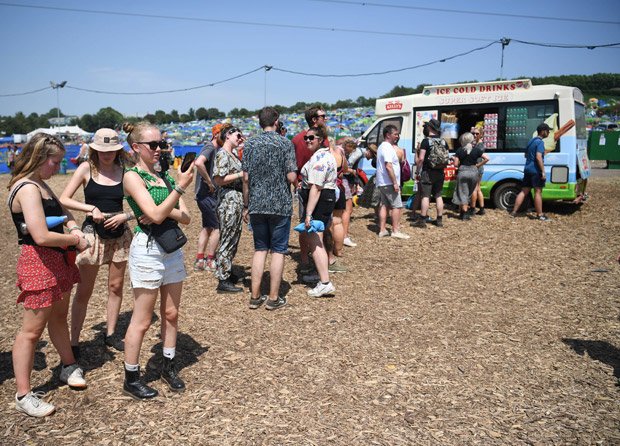 On top of that, for those concerned about draining battery life, the app also has a nifty low-power mode.

Marketing Communications Director at BT and EE Pete Jeavons, said: “We’ve helped make Glastonbury the UK’s best connected festival so our customers can make the most of every moment and share even more memories with their family and friends.

“Our new and improved EE Glastonbury app allows festival-goers to drop pins on the festival map, listen to artists playing at Glastonbury to discover new music to help build their perfect festival line-up, and create and share their own personalised set lists so they can make sure they don’t miss a beat.”