Halsey revealed the striking artwork for their new album If I Can’t Have Love, I Want Power, and the star looked positively regal perched on a golden throne.

The singer, who is pregnant with their first child, released a special film of themselves wandering the empty rooms of the Metropolitan Museum of Art in New York which ended with them pulling off a red curtain to unveil the cover.

In the image the Without Me singer, in a giant, ornate crown, poses with a baby on her knee, the front of their blue gown open to reveal one of their breasts.

The star, 26, penned the tracks for the album themselves and recorded it with Trent Reznor and Atticus Ross of Nine Inch Nails.

Fans can pre-order the album, out on August 27, from today on Halsey’s store.

They have also launched a website to coincide with album promotion, teasing much more to come from in the run up to its release. 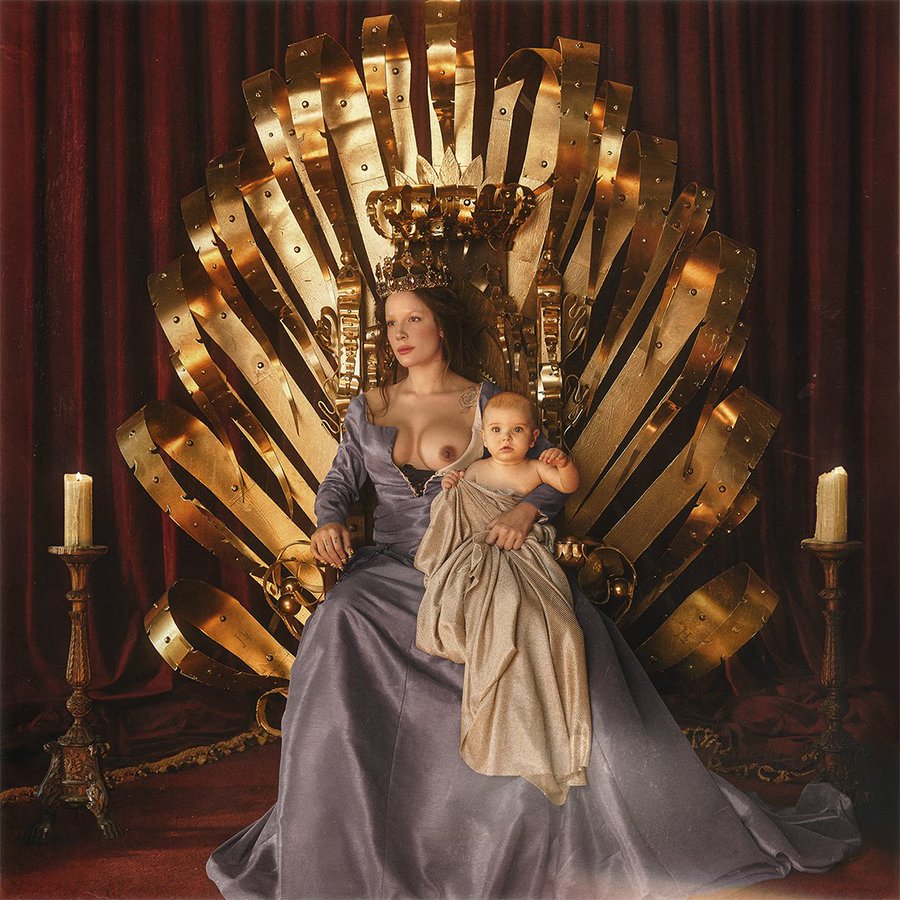 If I Can’t Have Love, I Want Power follows their album Manic which topped Billboard’s top current albums chart and was the first album of 2020 to be certified Platinum in the US.

It has been a momentous year for the Grammy-nominated artist so far. As well as expecting a baby they revealed to fans earlier this year they will go by the pronouns she/they.

Halsey subtly updated their Instagram page with the preferred pronouns on March, prompting an outpouring of support from followers.

The songwriter proudly shared that they identify as woman and also non-binary, a term used to describe people who feel their gender cannot be defined within the margins of the gender binary.

It will be the first child for the singer and partner Alev Aydin, having previously suffered multiple miscarriages and getting surgery to treat endometriosis.