The Flaming Lips tapped the Clash’s Mick Jones to serve as narrator on their surreal new song, “Giant Baby,” from their new album, King’s Mouth.

The track, which was released over the weekend, opens with Jones recounting the story of an oversized toddler obsessed with outer space over a serene melody that periodically dips into something stranger. The song’s psychedelic twinkle continues to move and shift as Wayne Coyne croons softly, “One night, I saw your face up in the sky/In a cloud across the moon, it made me cry/I could see my mother as she died/In my head and in my hands.”

In April, the Flaming Lips released King’s Mouth as a Record Store Day exclusive, pressing just 4,000 copies of the album on gold vinyl. After the run sold out, the band announced that the LP would be available on all formats July 19th. 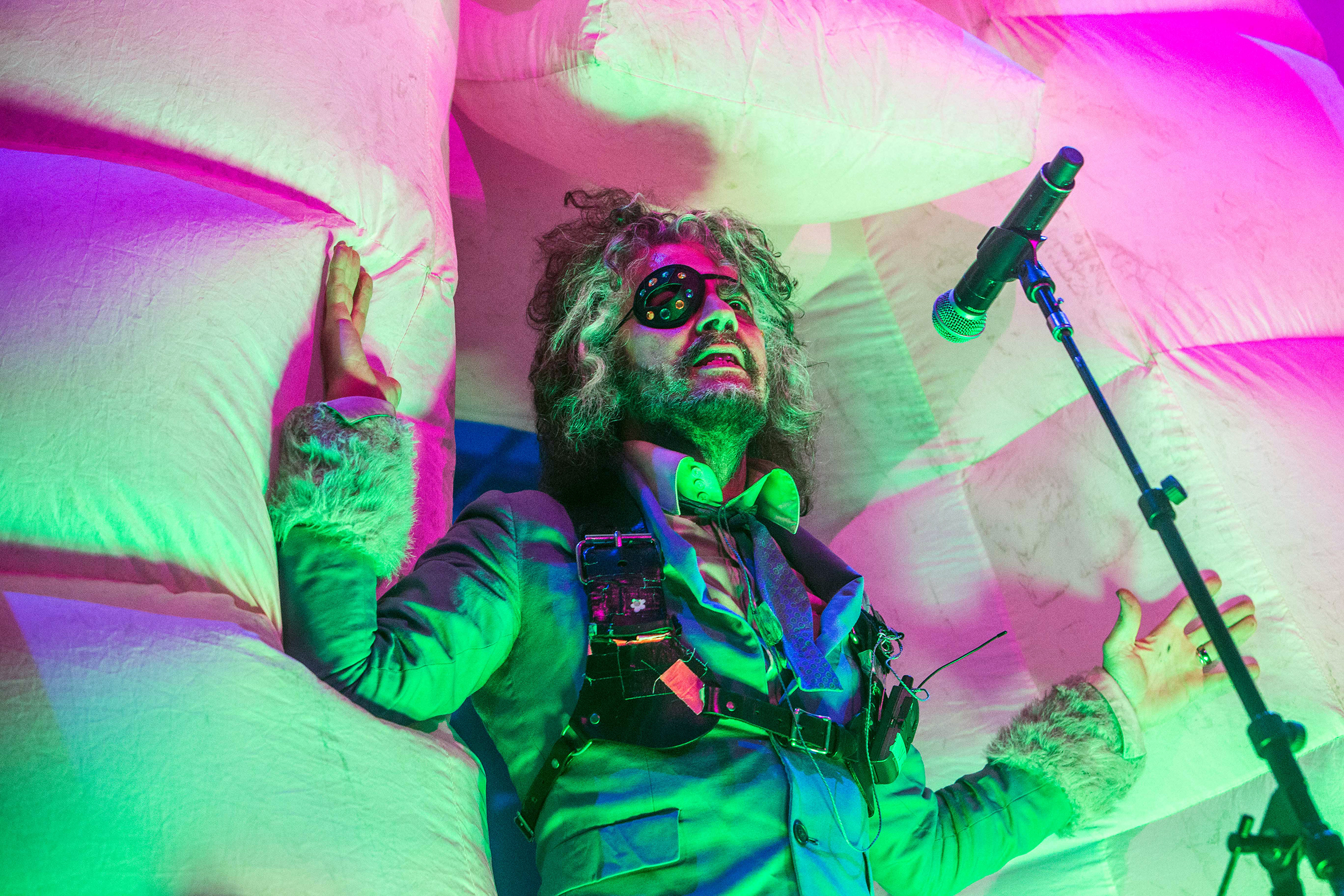 The Flaming Lips will embark on a North American tour in support of King’s Mouth July 18th at the Ogden Amphitheater in Ogden, Utah. The run wraps August 7th at the Red Hat Amphitheater in Raleigh, North Carolina.