Lisa Loeb may have first broken onto the scene with “Stay (I Missed You),” the soundtrack single from Gen-X cult film Reality Bites that made her the first unsigned artist to reach Number One on the Billboard 100. But the Grammy Award-winning singer-songwriter has kept herself busy the past two decades, recording gold-certified records and children’s albums and guest-starring in a wide range of shows including Gossip Girl and Last Week Tonight With John Oliver. She’s also founded both her own eyewear line and Camp Lisa Foundation, a nonprofit that helps send underprivileged kids to summer camp.

Nearly a decade ago, she performed a cover of Bright Eyes‘ “First Day of My Life” at her friend’s wedding and, a year later, recorded the song for their anniversary. Now, Loeb is finally sharing the studio-recorded cover with her fans. Speaking to Rolling Stone, Loeb revealed plans for a new album, scheduled to be released later this year, and discussed what “First Day of My Life” means to her. 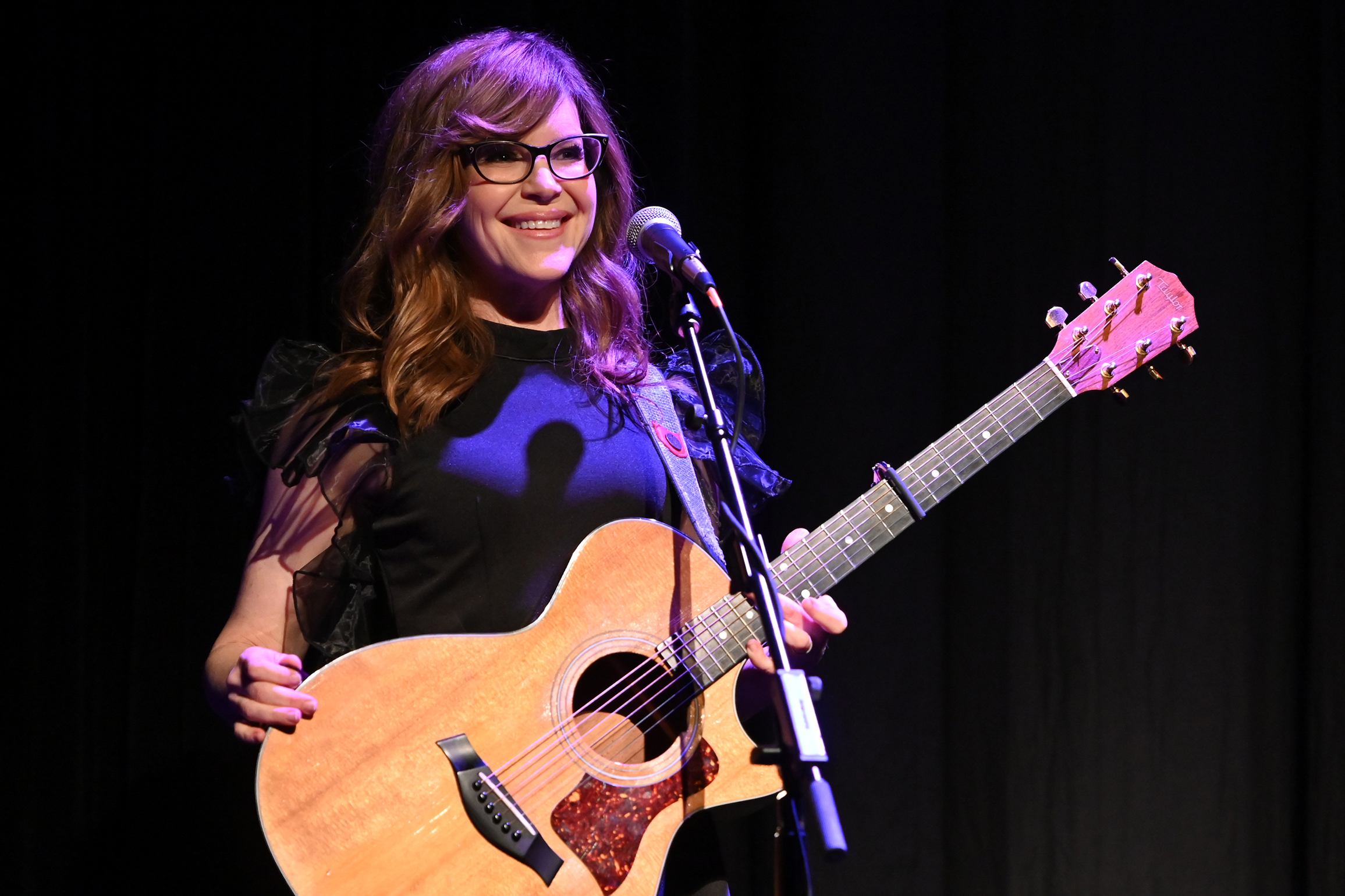 Can you talk us through performing the song for your friend’s wedding? Did the song have a special connection with the couple?
I was really reluctant to perform this particular song at my friends’ wedding, as it’s a song that really tugs at your heart, which means it’s a song that might cause me to start crying or get a lump in my throat as I begin singing. I agreed to do it though, since I loved the song and my friends, and I thought it was worth the challenge and the special moment. The couple said that they always knew they would ask me to sing at their wedding from the moment they got engaged.  The groom had put the song on a mixed tape in the early stages of their relationship and every time they heard it, it made them cry.  They realized that a lot of my songs were about breakups, so they asked me to sing this song, as they really related to the lyrics and it felt more appropriate as a wedding song.

What made you decide to record the cover, and why did you wait this long to release it?
I recorded the cover in the studio to commemorate singing it at my friends’ wedding as a very special gift to them. I’ve been working on a new album, which I’m excited to announce will be out later this year, and when I was going through my vast library of songs I’ve recorded or written, to choose songs for the album, I came across this one and felt my fans might really appreciate this hidden gem. I’ve been doing Facebook Live on a weekly basis every Wednesday, named appropriately after my song “Waiting for Wednesday,” and I have found that the fans really want to hear everything I’m making. The studio recording of “First Day of My Life” really came out great, and I wanted to share that with them.

What’s your personal connection to Bright Eyes and to the song itself?
I love hearing a song that connects with so many people and is able to get a message across in a unique way.  A great love song is something I’m always striving to write, and learning someone else’s song is sometimes the first step to doing so. Also, I wanted to do something special for my dear friends, and this was it – singing at their wedding.