When singer-songwriter Marina Diamandis, formerly known as Marina and the Diamonds, stepped away from music in 2016, she never really stopped working. She took classes at Birkbeck University in London, including a psychology course that forced her to use “a different part of the brain.” She wrote songs that would eventually constitute her comeback double album, Love + Fear, released in April. And, most importantly, she worked on herself—something she didn’t really get to do as an entertainer.

“When I had taken a break, I realized that a lot of my sense of self was connected with my job, or my role as an artist,” she tells BAZAAR.com. “I think the parts of me that exist outside of that, in normal life, weren’t really tended to at all. I didn’t want to reinforce that idea of being a visual construction, or something that has an element of artifice to it.”

Diamandis, who considers herself a visual person, says her first three albums—The Family Jewels (2010), Electra Heart (2012), and Froot (2015)—played with fantasy and imagination. She employed different personae, especially following her second album, when she took up four “archetypes” inspired by Tumblr culture. At the time, she drew comparisons to Lady Gaga, Katy Perry, and Lana Del Rey. But it was time for a change.

“I really wanted to step away from that,” she explains. “That was the only way I could do that and feel comfortable and normal, as opposed to wondering what people think of me as an artist. I never think that anymore. So actually, it worked. I’m really glad.”

With Love + Fear, Diamandis switches the focus from fantasy to universality. The title comes from a theory from Swiss psychologist Elisabeth Kubler-Ross, who said that all human emotions stem from love and fear. Diamandis wanted to use the thesis to highlight what unites people, in contrast to the divisive political climate.

Studying psych made Diamandis “feel the happiest” and motivated her to make music again. She wrote songs from the beginning of 2017 to the summer of 2018, without the pressure of deadlines or industry atmosphere. As the title suggests, each of the 16 tracks is inspired by one of those two primary emotions.

Diamandis thinks this album is simpler and more direct than her past works, mostly because she no longer has inner conflict and “can talk about things in a much clearer way.” The new release still contains magical indie-pop melodies and Diamandis’s signature hint of melancholy, like the lovestruck “Superstar,” the breezy “Orange Trees,” and the empowering “Enjoy Your Life.”

Since releasing Love + Fear, Diamandis, who now goes simply by Marina (styled in all caps), has started to tour the album and, on Friday, released an acoustic EP remixing five tracks from the project. Now that she’s back, she’s on a roll. Below, Diamandis talks to BAZAAR.com about self-discovery and standing up for herself.

If Diamandis wasn’t a musician, she’d be working in psychology.

I’ve always read lots of psychology-based books. I’ve been told that I’m psychologically minded, and I think with my songwriting, I’ve always addressed issues that explore human behavior, or at least question why we are the way we are, so it felt like a natural choice. I felt completely at home studying psychology. If I wasn’t doing music, I would definitely be doing this. 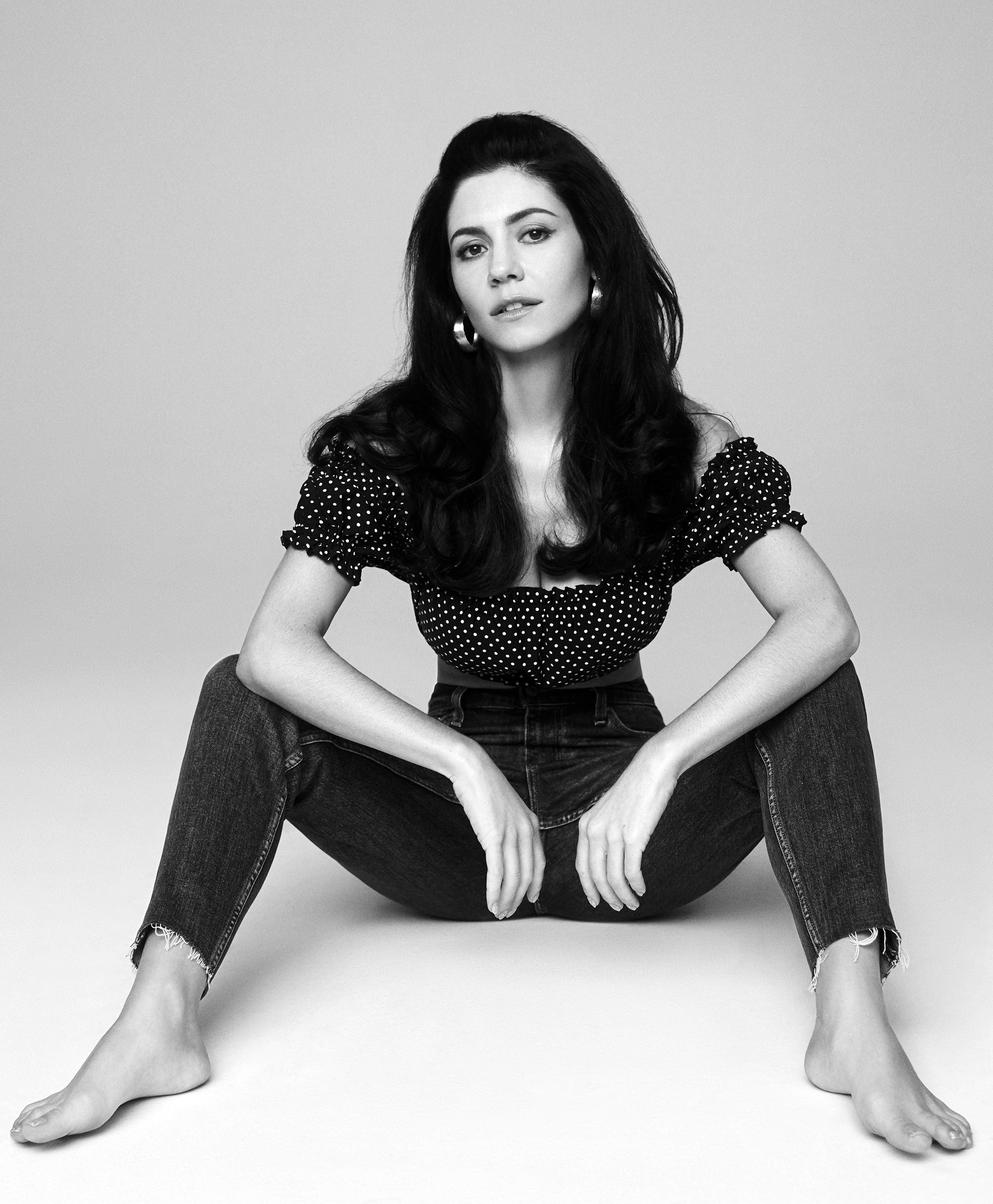 Themes of humanity are noticeable throughout the LP. On “Enjoy Your Life,” she sings, “You might as well accept it” about embracing what you can’t change.

I’m a bit of a perfectionist, and I think I realized that’s the source of my anxiety. Anxiety isn’t the end of the story, it’s actually coming from a frustration when things don’t go to plan. And I’m a real list ticker; I always make lists for everything. So it’s really about that, about letting go of things not being perfect. Because we are always going to have problems, there’s always going to be something new to do tomorrow that’s boring and annoying or difficult. That’s just part of being an adult, actually. You may as well just enjoy your time here, because those are always going to exist.

“To Be Human” is the most important song on the record for her.

I think because it’s talking about the most important subject, which is accepting everyone as they are instead of judging people for things they can’t control. We have no control over where we’re born on the earth, what families we’re born into. I think it’s the worst human trait to have. I think about it a lot and I’m like, “Why are we scared of people who are different to us or look different to us?” The only thing I can think of is that it’s an old hangover from evolutionary caveman times where you had to be scared of other people. That’s the only thing I can think of to explain it. But we don’t live in caveman times. We’re a civilized society, and it’s not good enough to be regressing in this way. I’m so glad that we do have the Internet and that our generation and the generation below us are much more aware.

She took a break from Marina and the Diamonds in 2016 because it didn’t feel authentic anymore.

I was at the end of the road of something … I had stopped growing in my current form. Because with art, whether it’s writing, painting, singing, or acting, I feel like you put so much of yourself into it that if you don’t feel 100 percent about it, that’s worrying. Otherwise what’s the point? I just don’t think you should be doing it if it’s not authentic and it’s not coming from a place of passion. I just thought, I don’t feel that and I don’t feel like the same motivations anymore, so maybe I just shouldn’t be an artist. That’s where I stopped. 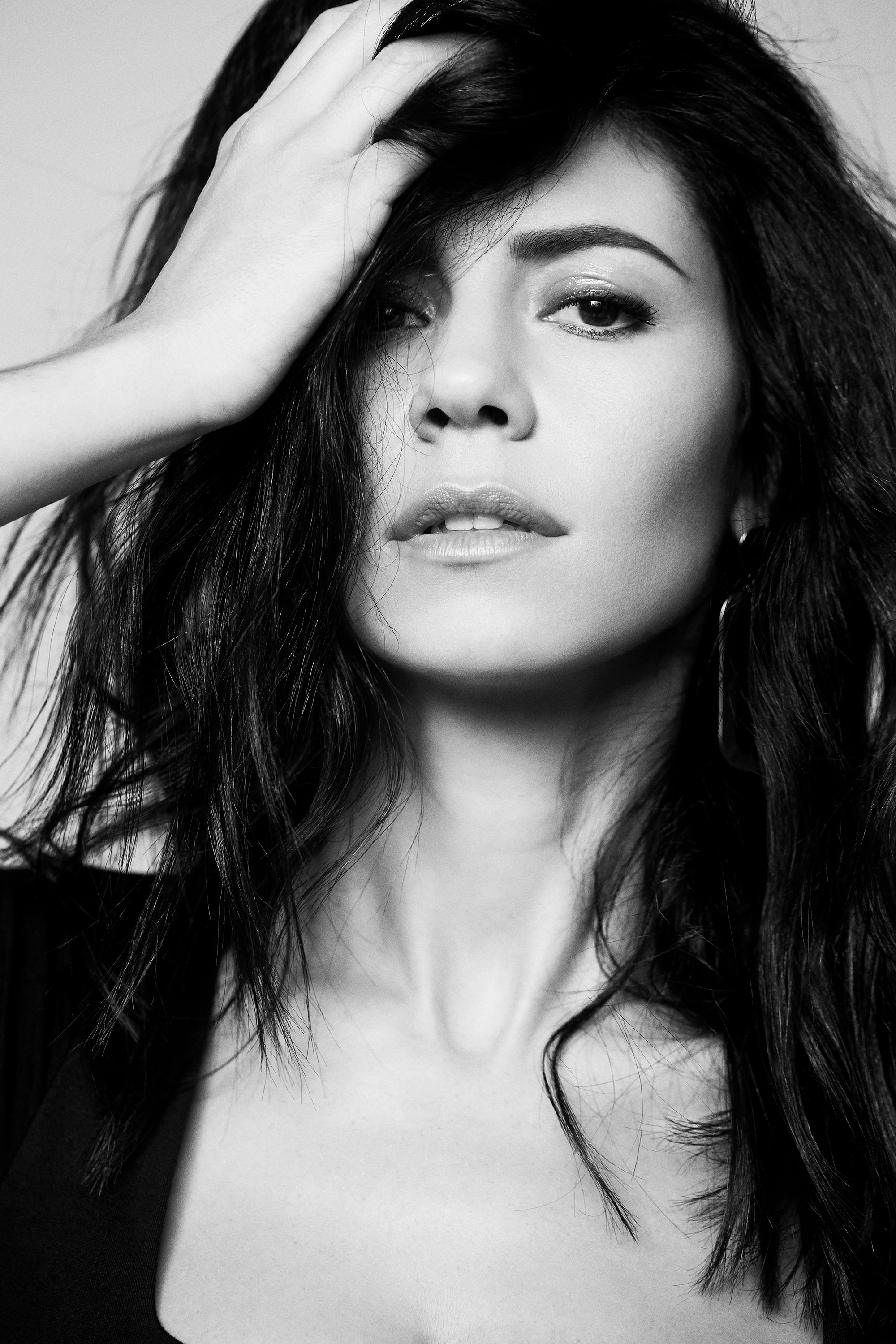 She was initially “scared” to return to the music industry.

I didn’t want to approach work in the same way that I had before. It takes time for those personal shifts to happen when they are significant, whether that’s emotional or psychological shifts. I didn’t ever have a deadline, and actually, the last trip I did was a Swedish writing trip, and I was like, “The album’s done, the album’s done,” but then in that trip, I wrote “Orange Trees,” “True,” “Enjoy Your Life,” and “Believe in Love,” and they’re four really good songs. So I’m glad I didn’t stop writing.

Marina formally dropped “and the Diamonds” from her stage name last year, when she released the single “Disconnect” with Clean Bandit. She thinks some fans were upset with her name change. (Some followers interpreted the “Diamonds” to refer to her acolytes.)

It’s for nostalgic reasons for them, but also, people always respond to change in a bit of a frightened way in the beginning, particularly if it’s meant something to their sense of self through their younger years. But I think they are getting it now.

Also, I think you have to be a really confident artist in that you have to do what feels right for you, even if that means that less people like your music. But you never know, maybe more people will like it. It’s just one of those things that, for me, wasn’t an option. I just had to do what I wanted. 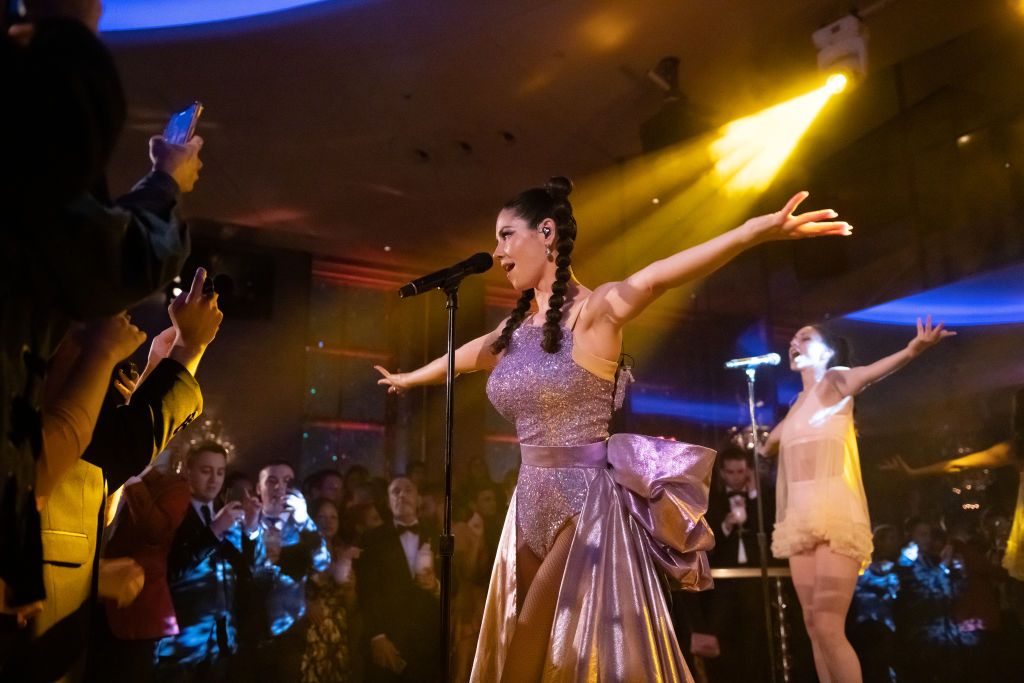 Her fans have still remained loyal through the years.

They are genuinely wonderful. I’m really fortunate to have a fan base who I can ask about different things. It’s just like you have access to people who are younger than you who will honestly tell you what they think about problems around us. That’s unprecedented. I really want to be able to utilize that in a way that’s beneficial for them. So that’s my aim for the next year, really, is to grow.

Marina wrote in an essay that it took her 32 years to learn to like herself.

I didn’t ever really have good boundaries. I didn’t have a sense of sticking up for myself or anything. I had no external layer, I felt like anything could affect me, whether that was friends, family, or random people I don’t even know. I just didn’t have a good protective layer, whereas now I do. That’s helped a lot. Then you can separate your thoughts from other people’s once you have a stronger sense of self or just self-protection. I think that really helps being able to see yourself as you are.

This interview has been edited and condensed for clarity.