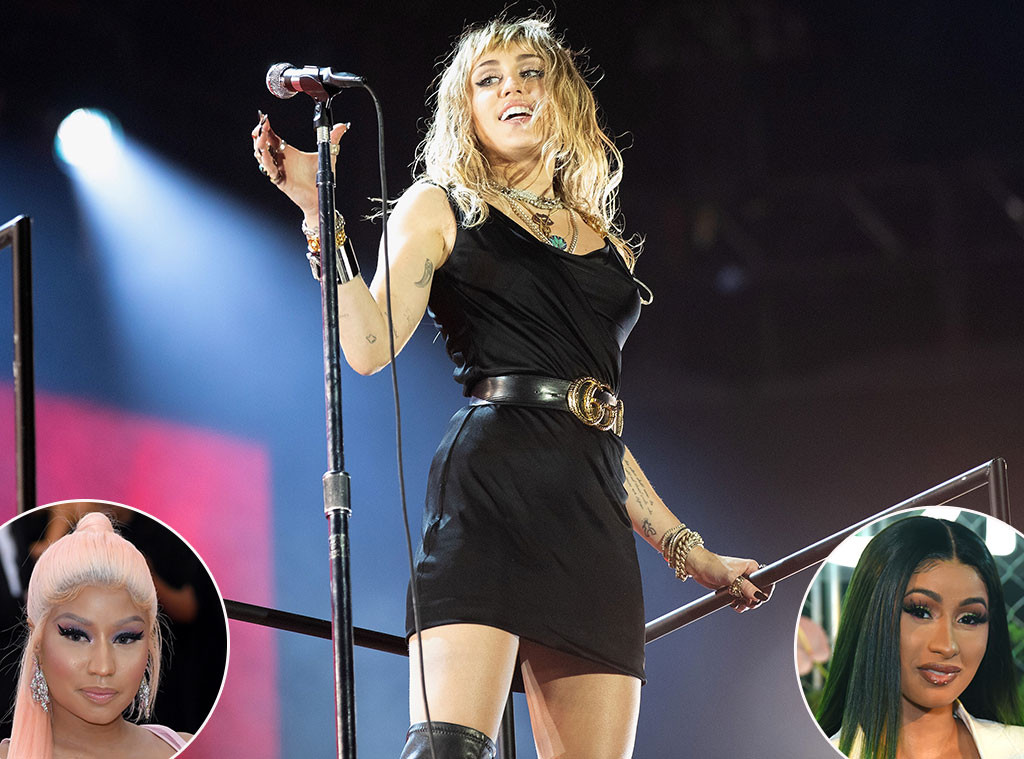 Miley Cyrus is making a music comeback and picking sides in a feud between two of the biggest female rappers.

The pop star performed at  BBC Radio 1’s Big Weekend show in England on Saturday and debuted three new songs, reportedly titled “Cattitude,” “Dream” and “Mother’s Daughter.” In the first one, she raps the lyrics, “I love you Nicki, but I listen to Cardi.”

Last September, Nicki Minaj and Cardi B got into a scuffle at the Harper’s Bazaar Icon party in New York City.

In 2015, Miley made unflattering remarks about Nicki in a New York Times interview. The rapper responded to her comments at the MTV VMAs, calling the singer, who hosted the show, a “bitch” and asking her “What’s good?”. Earlier this year, the two appeared to squash their beef.

Neither Nicki nor Cardi have commented on Miley’s new song “Cattitude.”

The song’s Nicki-Cardi lyric has sparked memes, to Miley’s delight.

She retweeted several of them.

She also offered up her own contributions.

Miley debuted the three new tracks days before she is expected to release new music on May 31.

The singer has recently posted cryptic “She Is Coming” posts on social media.