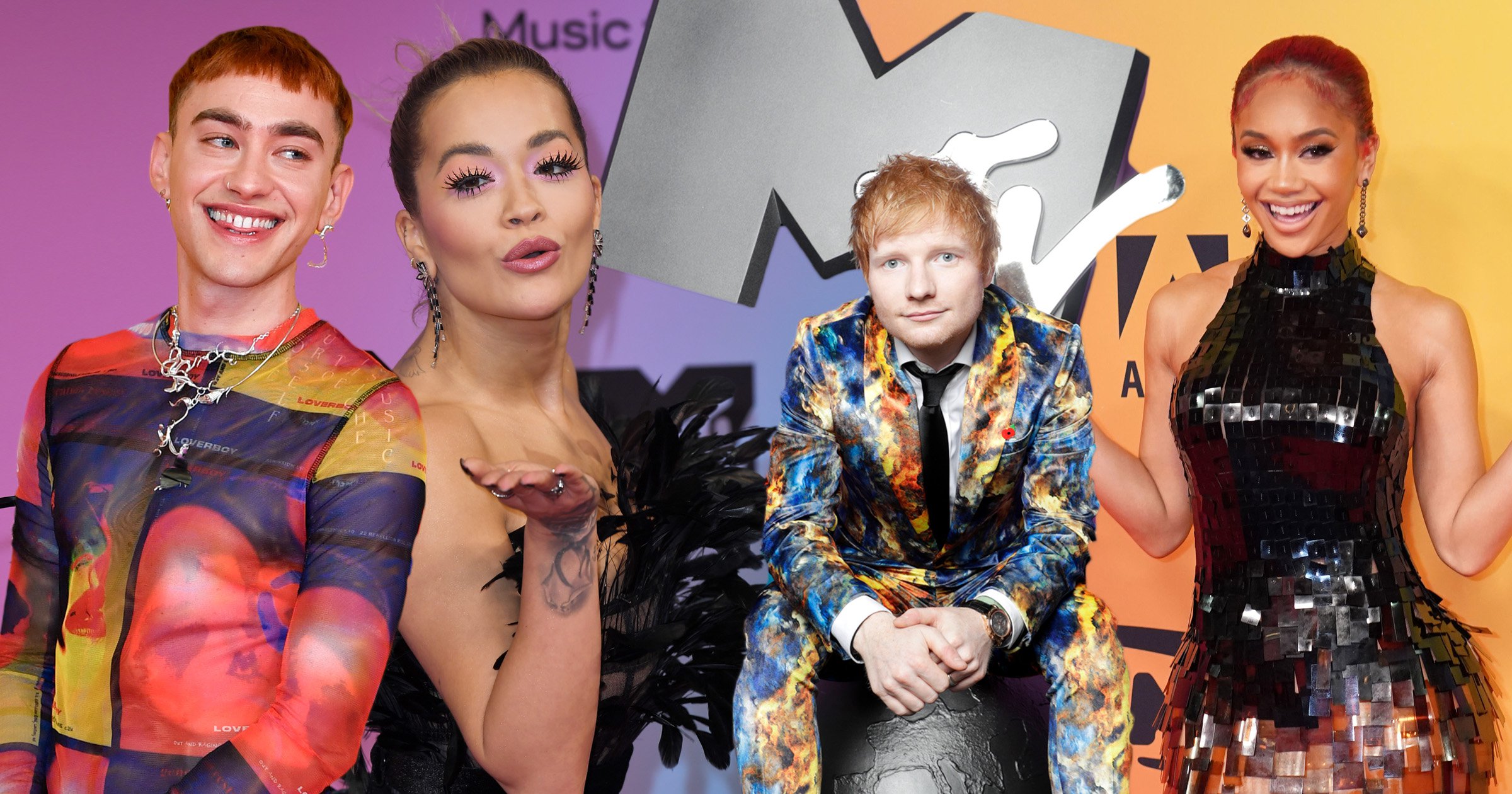 Ed Sheeran, Rita Ora and Saweetie were hard to miss as they donned their most extravagant outfits for the MTV EMAs 2021 red carpet.

The stars flocked to the Papp László Budapest Sportaréna in Budapest, Hungary on Sunday night for this year’s Europe Music Awards.

Rita rocked up to the red carpet in a stunning gown, which featured a sheer train and black bodysuit with ruffles. The Your Song was joined by her boyfriend, Thor: Love and Thunder director Taika Waititi, who did his duties as a red carpet boyfriend and was seen sweetly fixing her outfit when needed.

Sheeran was among the first to arrive on the red carpet and stood out from the crowd in a multi-coloured snazzy suit, while It’s A Sin actor Olly Alexander looked chic in a mesh red and yellow dress.

Saweetie, who is hosting this year’s EMAs, proved to be the hostess with the mostess as she graced the red carpet in not one, but two dresses.

Yungblud stopped to chat to Metro.co.uk about the rumours he’s set to play Boy George in a biopic and stated: ‘There are f*****g rumours, I would love to do it. Let’s see, let’s go!’

Years & Years singer Olly also addressed the claims he’s set to replace Jodie Whittaker in Doctor Who, and said: ‘I was so flattered and inspired by that but I’m definitely not the next Doctor Who. It’s an amazing show and I was quite flattered that people thought I might be able to do it.’

Justin Bieber leads this year’s list of nominees with an impressive eight nods, including best artist best pop and best song for his summer bop Peaches.

He’s followed by Doja Cat and Lil Nas X who have six nominations each, while Ed Sheeran, Olivia Rodrigo and The Kid Laroi have scored five nods.

We’re also being spoiled this year as Bieber, Ed Sheeran, Saweetie, Kim Petras, Maluma, Måneskin and girl in red are among those set to perform.

Lil Nas X: Montero (Call Me By Your Name)

Lil Nas X: Montero (Call Me By Your Name)

Normani ft. Cardi B: Wild Side

The Weeknd & Ariana Grande: Save Your Tears (Remix)