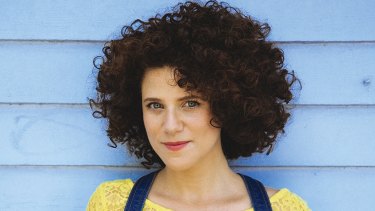 The wonder is that it has not been done more often. Precious few songwriters across the last 60 years hold a candle to Stephen Sondheim, yet jazz musicians have largely shied from engaging with his material. In 1995 came a worthy attempt called Jazz Sketches on Sondheim, from artists including Herbie​ Hancock, Jim Hall, Nancy Wilson and Holly Cole. Now the French singer Cyrille​ Aimee​ throws open the door on how to express Sondheim's word-driven songs in the language of jazz, without sacrificing the lyrics' intelligence, wit, perspicacity, and character-defining qualities. The vital ingredient is Aimee's​ playfulness. She dances across the words with perfect diction and a lightness that allows any poignancy to surface organically, rather than being laboured. Nor is this a "greatest hits" collection, but one including some rare early songs, alongside the likes of Marry Me a Little, Not While I'm Around and an energised Being Alive riding on a Latin groove. A large pool of musicians realise arrangements devised by Aimee​ and pianist Assaf​ Gleizner​. Although each song has its own sound world, they are bound together by the commonalities​ of Aimee's​ fizzing singing and Sondheim's genius. JOHN SHAND

I AM EASY TO FIND (4AD/Remote Control)

The stunningly good I Am Easy To Find works as a continuing conversation; a confluence of conversations actually, as if caught midstream by a listener dropping in on long-running episodes. That is reflected in how the album was made: Matt Berninger's​ baritone is with/against/through myriad voices including those of Gail Ann Dorsey​, Mina Tindle​, Lisa Hannigan and Sharon Van Etten​, while "off-camera" contributors include his lyricist wife, Carin​ Besser​, and filmmaker Mike Mills (credited with co-writing and co-producing). In that feeling of community, and in its muted rock seen through subtle electronics, the guitar textures of the Dessner​ brothers, and the forward-pressing rhythms of the Devendorf​ brothers, the National's eighth album most resembles the 1980s collective This Mortal Coil. The three TMC records are like touchstones for this one: interior but not confined, yet, while pulsing and assertive in parts, always within boundaries; using multiple voices, especially distinctive female ones, that somehow feel drawn from a central source; narrowing the emotional range, but feeling as if variations within that are endless; reflecting a period of turmoil in the broader society, without losing the intimacy of connections or tenderness. BERNARD ZUEL​

The industry seems to have room for only a finite number of bubblegum pop stars, and Carly Rae Jepsen​ remains one of the best. Forging a long-lasting career despite Call Me Maybe bestowing all the ingredients of a one-hit wonder upon her, Jepsen​ has released one of the most anticipated pop albums of the year with this fourth studio record – and she doesn't disappoint. Coming off the back of a bad break-up, Jepsen, rather than revelling in maudlin emotions, luxuriates in lashings of pastel coloured feelings all over the record. Want You in My Room is a rare sonic success for the usually saccharine producer Jack Antonoff​, while '80s synths​ zig zag on songs like Julien. It is a cliche to say everything Jepsen touches turns to gold, but it's also true. Moments of melancholy are tethered to feathery pop (Party for One) that never veers from the record's optimism. Too Much is reminiscent of Jepsen's brief tango with PC Music producer Danny L Harle​, although refraining from bubbling EDM textures is its saving grace. Dedicated fizzes​ with the feverish enthusiasm, crisp melodies and incomparable sense of cool that Jepsen's fans have waited four years to hear, and it's been worth that wait. KISH LAL

Is it just a coincidence that the cover of Charly Bliss' second album appears to echo the cover of Transvision​ Vamp's second one? Probably, but still … whereas the New York quartet's 2017 debut Guppy sneered, smirked and slammed along like a new-generation Veruca​ Salt, Young Enough arrives with slicker production, jumpy new-wave keyboards and a sugary-pop crunch. Singer-songwriter Eva Hendricks has talked about drawing on an abusive relationship for many of the songs, and although it's no concept album, there's a through-line from infatuation (Under You) to devastation (Blown to Bits). The band bounces through the heartbreak like they're on trampolines and being buffeted by wind machines, as synths​ pump out nagging hooks that seem to chant "nyah-nyah-nyah" and Hendricks ricochets off them with her gravity-defying chirp, whether bringing an ex to account on the springy, commercial pop of Chat Room, or admitting, "I'm kissing anything that takes me far away from you," in snappy rocker Hard To Believe. Making everything shinier and more buff is a familiar sophomore album trick, but while they've planed off their edges, their frontwoman's​ knack for turning inner despair into sing-along catharsis remains. BARRY DIVOLA​

Although there are an excess of jokes about the narrowness of the blues, both musically and lyrically, it is simply true that as a starting point for musicians (think John Butler, Jeff Lang, Ash Grunwald​) "da blues" proves itself remarkably fertile and flexible. So, too, it does for Mick Hart, who – playing bass, lap-steel, harmonica, percussion, Rhodes, Mellotron​, piano, organ, ukulele and, oh yes, guitars, (he's pulled in a couple of drummers to help out) – ranges widely across the rich plains of the blues and American folk music. The result is a delicious collection of blues-folk "toons" inspired by sources as rich as the early Rod Stewart (3am or Anytime); a nod towards Free and Family (The Way It Is); Muddy Waters' great version of Got My Mojo Workin' (Light My Way); the edges of folk blues (Real Thing); that glorious style which involves a slow burn and driving blues with lashings of lap-steel (Time for the New); and, inevitably, lots of Dylan-influenced blues and country blues (Back to the Start, Star Bed and Keep Hold). The result is a classy, memorable album from a gifted musician at the height of his powers. BRUCE ELDER

Three albums in, and the Scottish grunge-rock outfit Honeyblood​ are no longer the sum of two parts. In Plain Sight sees founder and frontwoman​ Stina Tweeddale take the reins completely, while the former duo's other half, Cat Myers, was drumming with Mogwai​. But the project certainly doesn't lose any fire, ferocity or fuzz. And, much like Honeyblood's​ earlier work, particularly on 2016's impressive Babes Never Die, In Plain Sight skips across genres and moods, packing on the grunge-fuzz at times and drenching it in riot-grrrl-tinted ferocity. There are some stunning moments here, too: the goth-Ronettes kiss-off tune The Third Degree is an instant charmer; the fittingly titled Tarantella conjures all the menace and romance of a Tarantino film cut that frames Tweeddale's vocals brilliantly. Elsewhere there are hints of fellow Scots Jesus and Mary Chain on the fuzzed-up dirge Take the Wheel, and a dash of new-wave pop on Touch. Not everything hits, with the set occasionally feeling that there's a little too much focus on style over substance (You're a Trick, in particular), but much like Tweeddale's home of Glasgow, the album's grit and weird beauty will grow on you. BRONWYN THOMPSON