Rose McGowan is sharing her thoughts on the Britney Spears conservatorship case. After years of intrigue into her conservatorship arrangement, several bombshells were dropped on June 23 when Britney finally addressed the court during a hearing. Britney reportedly spoke openly for around 30 minutes, during which time she claimed (via People), “I want changes, I deserve changes. I was told I have to be sat down and evaluated again. [Judge], I didn’t know I could petition the conservatorship to end. I honestly didn’t know that.”

Britney went as far as to claim that her father, Jamie Spears, “and anyone involved in this conservatorship, and [her] management who played a huge role in punishing [her]” should “be in jail.” The pop superstar also heartbreakingly told the court, “I’ve lied and told the whole world I’m okay and I’m happy. It’s a lie” and even claimed she had an IUD that she was allegedly told she was not allowed to remove, despite wanting to have more children.

In a statement, Jamie Spears’ lawyer said, “[Jamie] is sorry to see his daughter in so much pain. [He] loves his daughter and misses her very much.” Jamie was Britney’s sole conservator from 2008 but stepped back due to health reasons in 2019. Jodi Montgomery was then instated as temporary conservator (per Elle).

Following the serious claims, McGowan has shared her candid thoughts on all the shocking allegations. Read on for what the actor is saying now. 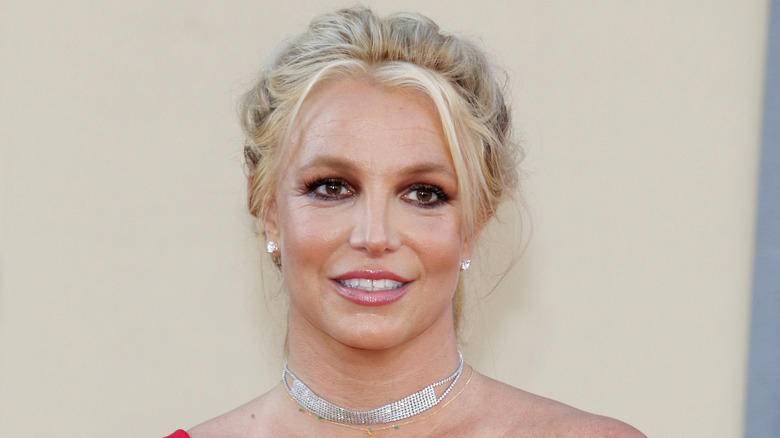 Rose McGowan spoke out in support of Britney Spears in a video posted to Instagram on June 23, which she addressed to the star “and any other human who is being controlled by greed,” seemingly referring to Jamie Spears.

McGowan spoke directly to Britney through the camera, telling her to “fight on” because “we’re with you, we hear you, we have heard you” and she knows “the cost of [her] control.” The star also promised the “Toxic” hitmaker that “there is freedom on the other side.” McGowan shared that she’s been praying the judge in the case lets Britney have her “life back” and said she’s “brutally angry that it has to be this way.”

“Can you imagine what that’s like any of you out there? Of course not,” McGowan continued, adding, “She’s angry, righteous anger changes the world. Keep fighting, we’re with you.” She captioned the video by writing, “A win for one woman is a win for all. A win for one human is a win for all. Let Freedom Ring!” alongside the hashtag “#FreeBritney.”

McGowan also shared her thoughts on Twitter shortly after the shocking claims hit the headlines. The “Scream” and “Charmed” actor tweeted that the star “has every right to be angry” and asked, “How would you feel if your life was stolen, dissected, mocked?”

“I pray she gets to live your life on her terms. STOP CONTROLLING WOMEN. #FreeBritney,” she concluded the tweet.