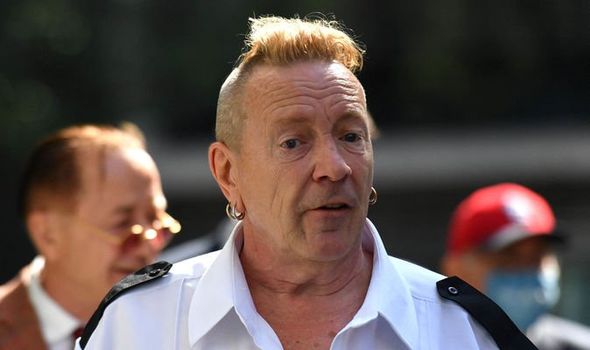 The punk rocker, real name John Lydon, is locked in a legal battle over the use of the band’s songs in a TV drama. Former drummer Paul Cook and guitarist Steve Jones are suing their ex-frontman and want to use the music in a six-part series directed by Danny Boyle and due on air next year.

Pistol, produced by Disney, is based on Jones’s 2016 memoir Lonely Boy: Tales From A Sex Pistol. He and Cook say a band member agreement [BMA] from 1998 means licensing decisions are made on a “majority basis”.

But Lydon, who disapproves of the drama, insists the BMA has never been applied and all such decisions since 1998 have been unanimous.

In a statement, he said: “There is no point in me being here if I can be out-voted by the vested interests of all in one management camp. That is like a trap or prison and my fear is that they’re demanding that I agree to sign over the rights to a drama documentary. That smacks of slave labour.”

Lydon, 65, added: “I don’t understand how Steve and Paul think they have the right to insist I do something that I so morally heart and soul disagree with.”