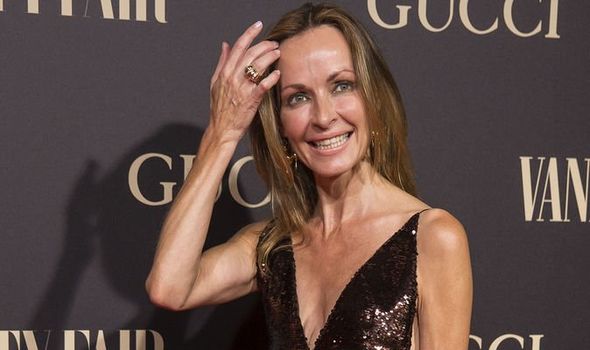 The Corrs have been a multi-platinum phenomenon since their second album Talk On Corners spent a record-breaking 10 weeks at No 1 in 1997. It became the bestselling album ever by an Irish artist – even bigger than anything by U2.

Sisters Sharon, Andrea and Caroline Corr, plus brother Jim, have sold more than 40 million albums together. But guitarist Jim’s decidedly off-beat opinions have kept him in the headlines for all the wrong reasons lately.

First, he described the 9/11 Al-Qaeda terror attacks as “an inside job” perpetrated by the US government.

Then he claimed Osama bin Laden had been killed in 2001 – 10 years before the terror leader was actually taken out by the US.

He opposed the lifting of Ireland’s ban on abortion. And now 57-year-old Jim has claimed Covid vaccines are “fake” and even supported anti-vaccine protests.

For The Corrs singer/violinist Sharon, his views are troublesome – but she supports her older brother. “Jim is different from the mainstream,” Sharon tells the Daily Express.

“I don’t hold the same opinions as him, but I respect his right to express them.”

Sharon insists sceptics like Jim need to be heard, saying: “I’m double-vaccinated, but I’m not pro-censorship. If you don’t give people leeway in life, you can’t learn from each other. Jim should have the right to believe what he does and express that in the way that he does.”

Despite their differences, Jim and Sharon, along with Andrea and Caroline, have helped support each other during lockdown.

“We talk to each other non-stop,” reveals Sharon, who moved to Spanish capital Madrid three years ago with her then-husband, barrister Gavin Bonnar, and their children Cal, now 15, and Flori, who is 13.

“We’re on Skype every day, checking in with each other. We’ve held each other virtually during our various experiences, and we’ve been able to have a lot of laughs at how strange the world is, telling each other: ‘This is bonkers, isn’t it?'”

Her siblings have been a big comfort to the star since the public breakdown of her marriage to Gavin. He left Sharon, 51, in 2019 to live with Telma Ortiz, the sister of Spain’s monarch, Queen Letizia. The end of Sharon and Gavin’s 18-year marriage helped inspire her powerful new solo album, The Fool And The Scorpion.

She started writing the album in 2015, but the title track was written in July 2019 – just three months before Sharon and Gavin’s separation was made public.

Recalling her heartbreak, Sharon reveals: “I was going through a tumultuous experience. I was on a plane from Madrid to Montreux Jazz Festival in Switzerland. Something very personal and distressing had occurred the day before, which shocked me.

‘I crying plane, and care if were at “I was reeling, absolutely reeling, from it. I was crying on the plane, and I didn’t care that I was crying. If people were looking at me, that didn’t matter.”

The plane’s take-off was delayed for several hours because of a storm, which felt all too appropriate, given Sharon’s distress. She recalls: “I felt the gigantic storm outside was in sync with what was going on in my life. It was almost therapy, because there was definitely a huge storm going on inside of me.

Sharon admits she has found the album’s emotional songs difficult to sing live, breaking down in tears during the rehearsals for her first performance of the album in Madrid.

She explains: “When I tried singing my new song Lend Me Your Shoulder, I had to leave the rehearsals one day. It was only for a few minutes, but I was crying. I could see my live band thinking, ‘Oh my God, she’s having a very female moment over there.’ But people understand you need to let this stuff out of you. Also, when I sing The Fool And The Scorpion now, I can feel the strength of the song. I wrote it when I was weak, whereas now I feel power. I really enjoy my life now.”

Sharon and her family moved to Madrid after the singer had fallen in love with the city while backpacking through Spain before The Corrs began their music career.

She says: “There’s a lot of positivity and people speak extremely openly. It’s like Ireland, but with sunshine. There are a lot of great jazz clubs to go to, and I like that it’s a big city with a slower pace of life.”

Cal and Flori have taken to Spanish life even better than their mum, as Sharon laughs: “My children are completely native. They sucked Spain and the language all up in no time.

“Like all teenagers, they get ashamed of their mother, and they have such fun laughing at me speaking Spanish. I can speak it quite well, but my accent is dreadful.”

The fact Sharon enjoys “a pretty anonymous life” in Spain away from constant recognition adds to Madrid’s appeal.As close as the Corr siblings are, they didn’t work together for 10 years after their fifth album Home only reached No 14 in 2005.

Sharon says of their relationship: “We flew the nest from Ireland to London together.

There wasn’t a lot of time for us to find our own personalities and live our individual lives.

“We fought for a sense of our own individuality, which is why we may be conflicted.The fights aren’t the same now, though we were damn good at those. But, every time we played music together, it was very apparent why we do it, because there’s magic there.

“We’ve experienced a lot in the 10 years we didn’t release music, and the two albums since then have had a terrific harmony.”

It also helps that the music industry is better at recognising the strength of female musicians. When The Corrs first became successful, Sharon and her sisters were the victims of crude jokes about their sex appeal – and their musical ability was almost totally dismissed.

Sharon remembers: “When The Corrs were first out, everyone thought Jim wrote all the music, because he was the only dude. I’d think, ‘Oh really?We’ve just been sitting around putting on make-up and looking pretty, have we?’

“That attitude has changed a lot, in fairness. People definitely see more depth in us as people now, and I’m pleased I’m no longer just seen as ‘a pretty Corr’.”Sharon speaks passionately about her songwriting in her new album.

Emphasising it’s not exclusively a breakup record, she reveals: “The album has many different experiences. Some are good and really joyful, in some I take the p*** out of myself. There are very gentle moments and very angry, raging elements too.”

The album ends on the love song Only You, and Sharon hopes it’s a sign of her future, revealing she’s ready to find love again.

She says: “Regardless of the loss of love, I’m an eternal optimist. My music and my kids are my priority, but I’m certainly ready to have fun and be romanced. Being wined and dined? Bring it on! I’m ready to put my high heels on for the first time in a long time.

“One important thing I’ve found, having had the experience when things go wrong, is to keep your heart open. Don’t bring your trivial baggage to a new situation, as that will kill it. I’m keeping an open heart and an open mind, and I’m looking forward.”