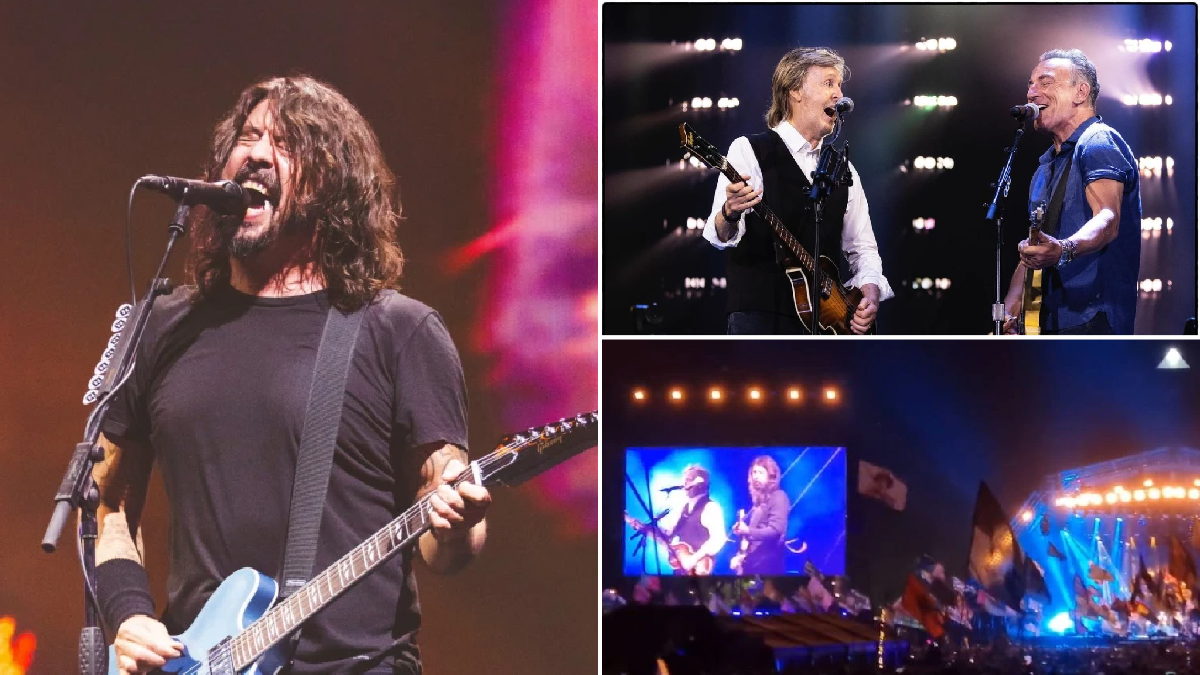 Sir Paul McCartney treated the Glastonbury audience tonight with not just one, but two surprise appearances.

First, Sir Paul brought out Foo Fighters frontman Dave Grohl to sing the Beatles classic I Saw Her Standing There, three months after the musician suffered the loss of his band’s beloved drummer, Taylor Hawkins.

As if that wasn’t enough, the legendary Bruce Springsteen joined shortly after too, as the pair proceeded to play Glory Days.

For the first special surprise performance, Sir Paul said: ‘I’ve got a little surprise for you. My friend from the west coast of America, Dave Grohl.’

However, the Foo Fighters frontman explained that it had not been a smooth journey.

The pair played a medley of songs including Band On The Run, and straight after Sir Paul thanked his special guest, he introduced another to the Glastonbury stage.

Depp, 59, who is a musician as well as an actor, also played guitar in his version of the song.