It’s been close to a decade since Sonic Youth played their last concert in Brazil in the fall of 2011, and the group has been slowly releasing live recordings and outtakes from their archives ever since. The latest is a re-release of a concert they played just ahead of their final album, The Eternal. But even though Battery Park, NYC: July 4, 2008 previously came out on vinyl in 2009 as a perk to get people to preorder The Eternal, this version marks the first time it will be available on streaming services or available for purchase as its own release. It will now be available on June 7th.

The track list features songs from throughout the group’s career, including Experimental, Jet Set, Trash and No Star’s “Bull in the Heather” (The latter available to hear below). Guitarists Lee Ranaldo and Thurston Moore make their guitars chime out as bassist-vocalist Kim Gordon whisper-sings about wanting to be loved and drummer Steve Shelley alternates between rock rhythms and trip-hop beats. 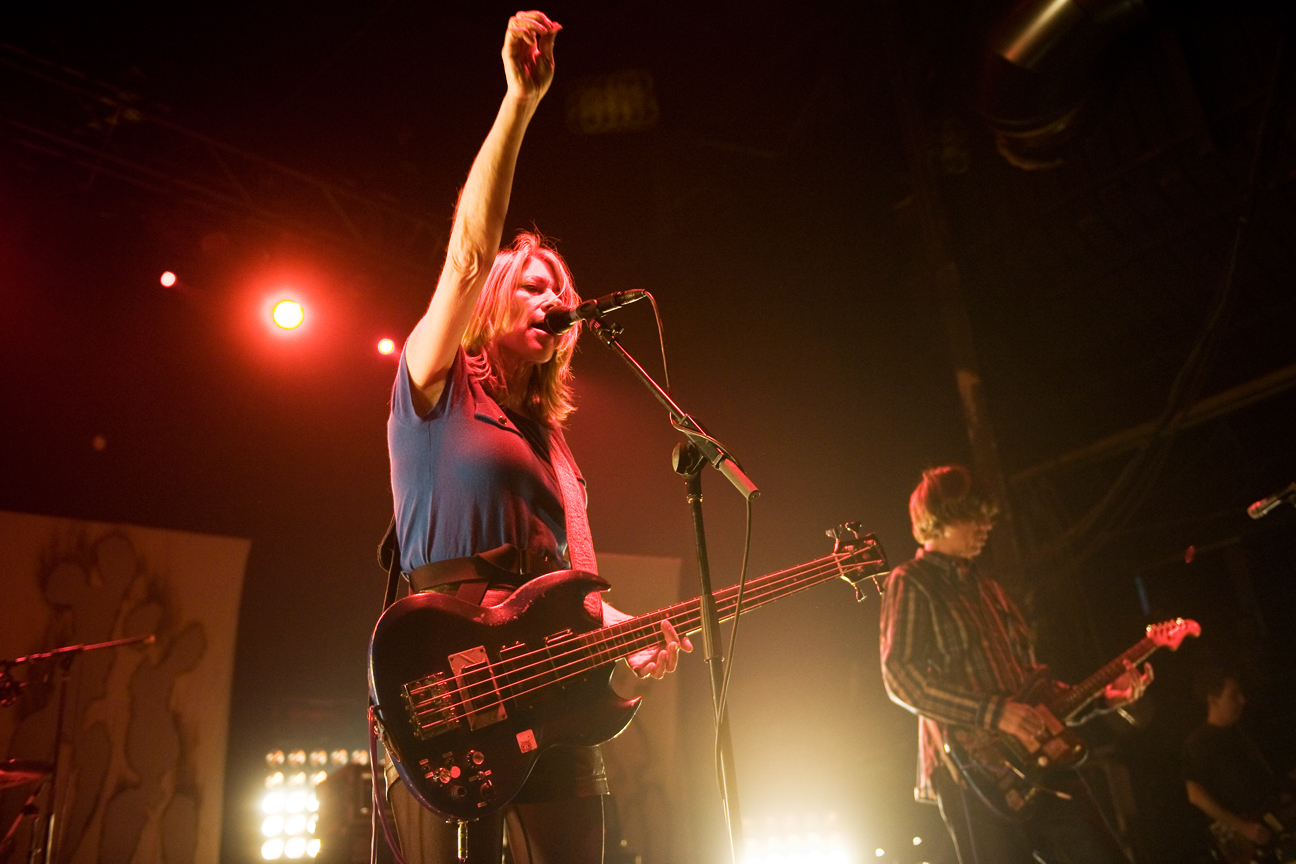 Other highlights include a rare rendition of “She Is Not Alone,” off their self-titled, debut EP, a searing rendition of Dirty’s “100%” and a noisy take on Confusion Is Sex’s “The World Looks Red.” Although the band played more songs at the concert, it trimmed a handful of numbers from the selection to fit on a 45-minute LP. The release is available for pre-order.

Since Sonic Youth’s breakup, each of the band members have kept busy putting out solo albums and other projects, such as Gordon’s Body/Head. “The last record we did was called The Eternal,” Moore said in a 2017 interview with Rolling Stone. “When that record came out – without thinking it would be the last Sonic Youth record – I thought it worked as the last Sonic Youth record, especially with that title. It’s almost like a lazy-eight sign of infinity. Like, ‘Here you go. This is going to last forever.’ I mean, I’ve had ‘Sonic life’ tattooed on my arm since 1985, so I feel it’s there until the grave for me.”