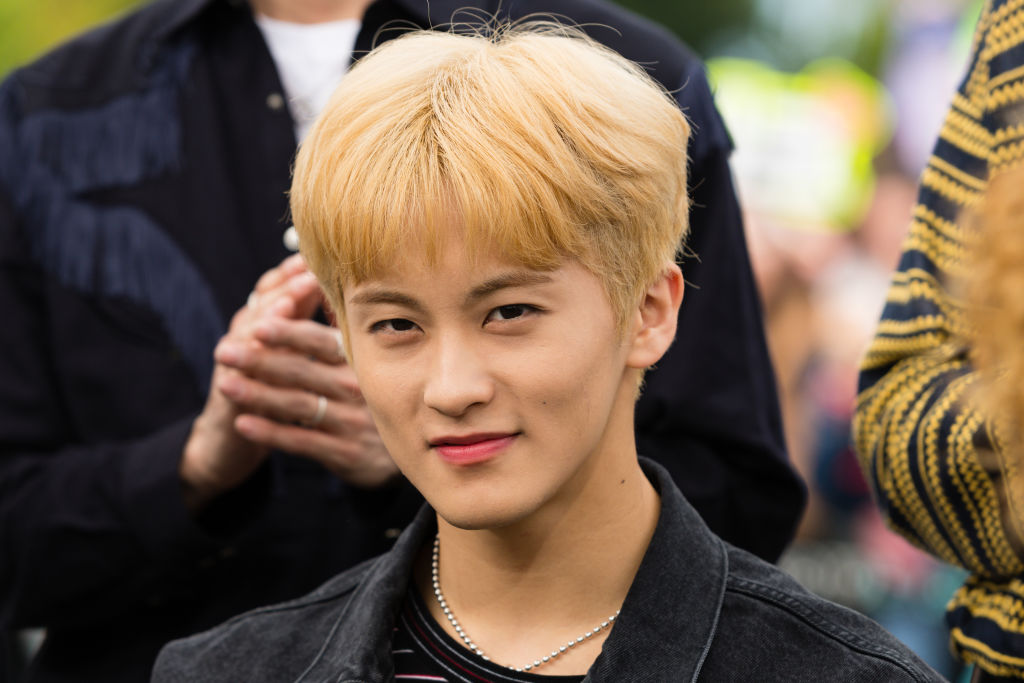 SuperM’s debut album drops on Oct. 4, 2019. Until this point, SuperM released four different teaser trailers and concept photos of Taeyong, Baekhyun, Lucas and Ten. Mark is the youngest member of SuperM and the fifth member to have a teaser trailer released. After the trailer dropped, SuperM fans freaked out over his incredible rapping skills and charisma.

While Mark’s trailer has a similar tone compared to past trailers, there is one major difference. In the past, the trailers did not have any spoken dialogue or singing except when the individual member said “SuperM” at the end of the trailer. However, Mark’s trailer shows him rapping.

The trailer opens with Mark entering a white room while holding a box. In the room, there are four empty plastic chairs. Mark sets the box down and sits in one of the chairs. Curious, he then opens the box.

The room changes slightly and Mark stands on a reflective platform, with the wrappings of the box scattered around the platform. While Mark is dressed in white, his reflection is dressed in black. Then Taemin is seen sitting in a green-lit room with the plastic chairs flipped over around him. Mark appears dressed in black, and he raps for the remainder of the video.

It’s safe to say SuperM fans loved Mark’s trailer. After the trailer dropped, #SuperMarkLee trended worldwide. Mark is only 20 years old, and SuperM will be his fifth time debuting with a group.

“HOW EXCITED ARE YOU FOR MARK’S 5TH DEBUT? #SuperMarkLee,” one fan tweeted.

“will never shut up about how mark god lee’s superm teaser started soft and ended hard #SuperMarkLee,” another wrote on Twitter.

“im sorry but this beat is fire and mark’s flow is better than sliced bread, im never ever gonna shut up about it #SuperMarkLee,” a fan wrote on Twitter.

“NO ONE IS DOING IT LIKE MARK LEE!! this boy left home at 13, auditioned and got in sm as a VOCALIST, switched to rap, wrote his debut music at 16, debuted in 3 groups and now 4, went on a world tour, and all this just at 20 years old #SuperMarkLee,” wrote a Twitter user.

There are only two SuperM individual trailers left

Mark is the fifth member of SuperM to receive an individual teaser trailer. After him, only two members, Taemin and Kai, remain. Kai’s trailer will most likely be next, because fans suspect Taemin’s trailer will be last.

Taemin has appeared in all of the teaser trailers. In the trailers, he always appears surrounded by green light and he plays a vital role in recruiting the members. Because of this, fans suspect Taemin is either the leader of the group, center, or both. If this is the case, Taemin’s trailer will most likely premiere last and show his connection to all of the members.