Half of the Fab Four are gone, they broke up in 1970 and apart from a one-off rooftop concert, they haven’t performed live since 1966. So for most of the world hearing The Beatles live just isn’t a possibility.

The unique event allows fans to hear The Beatles as thought hey were performing live thanks to a special mix of their most famous album.

The new remix was made by Giles Martin, the son of Beatles producer George Martin.

Held at the Dr Martin Luther King Jr Building at the Royal Albert Dock in Liverpool, fans will be able to experience 1967’s Sgt Pepper’s with John, Paul, George and Ringo “performing” in Dolby Atmos all around you as though you were in Abbey Road Studios. 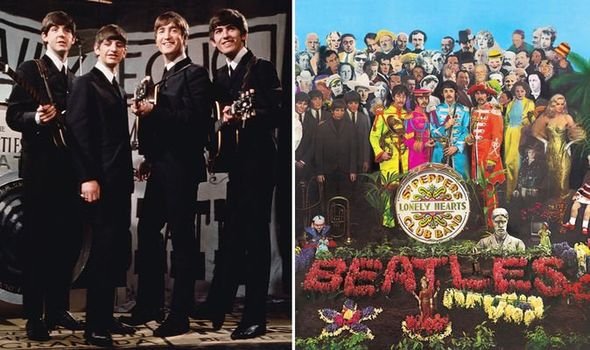 Speaking with the Liverpool Echo, Martin said: “Without Liverpool, there would be no Sgt Pepper.

“Liverpool is where it should be.

“People will become fully immersed in a soundscape, which is unlike any other. For me, it’s like imagining falling through the vinyl of a record and into this world where you’re surrounded by The Beatles.

“It’s like sitting in Abbey Road’s Studio 2 and having The Beatles play for you.”

Tate Liverpool director Helen Legg said: “At the time they made Sgt Pepper’s Lonely Hearts Club Band, The Beatles were at the epicentre of pop and performance art of 60s London which strongly influenced this tremendous record.

“Listening to this special mix is like hearing something familiar for the first time.

“It sounds so fresh, you can hear every element which just underscores how wildly inventive it was.”

While Museum of Liverpool deputy director Paul Gallagher said: “The Beatles are part of Liverpool’s DNA but it’s rare that you’re able to work with the music industry experts who hold their legacy so close.”

He added: “It’s fabulous that technology has caught up to allow us to hear, for the first time in such clear detail, the innovation and incredible imagination of the group.

“The cutting edge sound and the immersive experience will blow visitors away.”

“It wasn’t entirely my idea but to get us away from being The Beatles I had this idea that we should pretend we’re this other group.”

Admitting he loves all the albums, he said: “I’d choose that if I had to.”