The world of hip-hop and R&B will never be the same following the news of Chucky Thompson’s death. The rap superstar, who created legendary tunes with some of the biggest names in music, including Notorious B.I.G., Sean “Diddy” Combs, and Mary J. Blige, died at age 53 on August 10. The late producer’s publicist, Tamar Juda, confirmed the news to CNN but held off from sharing the cause of death.

“It is with a very heavy heart that I can confirm the passing of Chucky Thompson,” Juda said in a statement. “To anyone in his orbit, you know how generous he was with his energy, creativity, and love. Both the music industry, and the world has lost a titan.” Shortly after the word spread, fellow hip-hop and R&B artists expressed their heartbreak on social media, including Blige.

“Damn! I just spoke to this man last month! We were discussing our plans to work together again,” the “Family Affair” hitmaker penned alongside a photo of her beloved friend. “Chucky and I was [sic] and will always be a musical match made in heaven. He knew everything I was feeling personally and when we worked on the ‘My Life’ and ‘Mary’ albums. He was an angel sent to help me weather my storm. Now my brother and my friend returned to where all angels and beautiful people like him come from.” For more on Thompson’s legacy, keep scrolling. 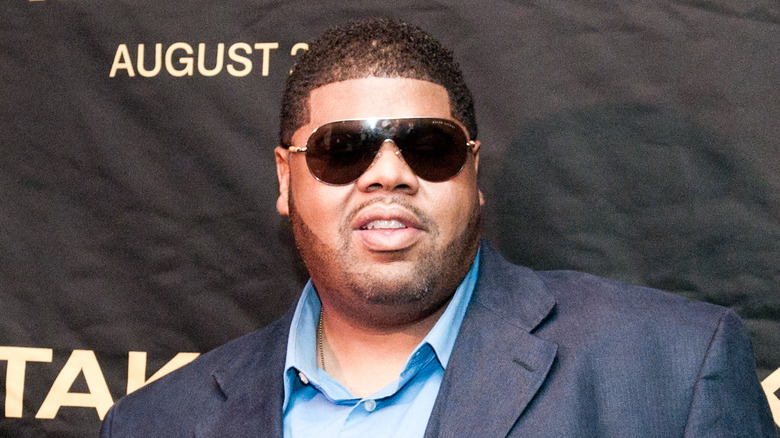 It’s not easy to pave a career as a record producer, songwriter, and multi-instrumentalist, but Chucky Thompson went on to become a Grammy-nominated hitmaker with a reputation for being a prolific figure in hip-hop and R&B. Young Guru — who was the first to announce Thompson’s death on Instagram, NPR reported — credited the late artist for being his “mentor,” “big brother,” and “the man who changed” his life.

“You were the kindest person the world has ever seen,” the record executive emotionally penned alongside a pic of the two via Instagram on August 10. “You were the most gifted musician I have ever been around. You treated me like family from day one. You made a point to the labels that I had to fly to New York with you on every session. I will forever be in your debt and I will forever be your little brother. This one hurts so bad I can’t even explain it.”

Thompson was certainly as talented as Young Guru proclaimed, having risen to fame in the ’90s as one of the original “Hitmen” in Sean “Diddy” Combs’ group of producers. Creating music with some of the biggest artists, Thompson earned credits on Notorious B.I.G.’s “Big Poppa,” Mary J. Blige’s “My Life,” which was nominated for the Grammy Award for Best R&B album in 1996, and Faith Evans’ “You Used To Love Me,” among countless others, per Rolling Stone.