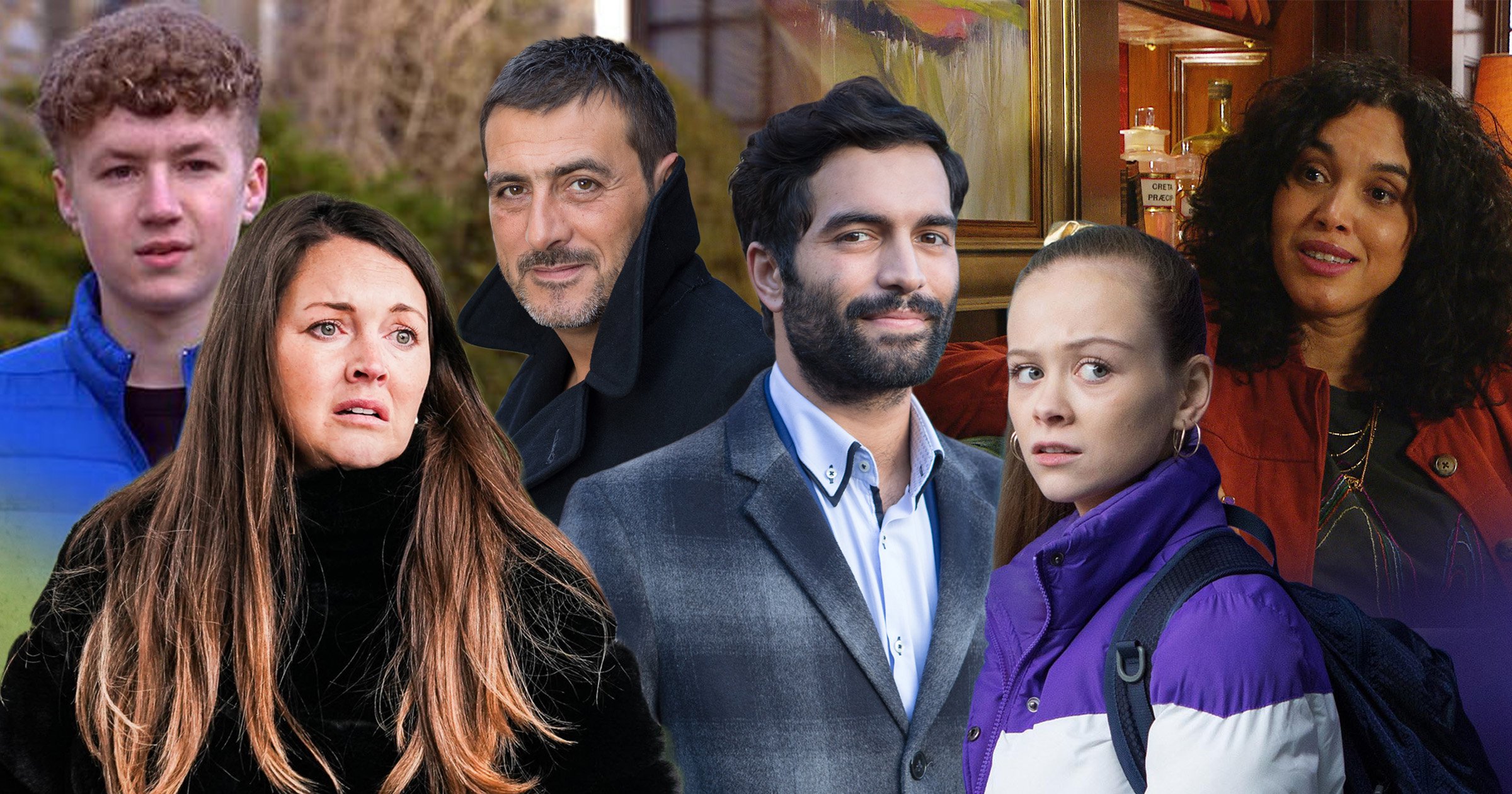 At the heart of every strong soap storyline is the characters; who can make or break any plot thrown about a storyline team.

So which characters are going to be ones to look out for as spring gets underway? With big exits, sex scandals, secrets being exposed and sinister crimes, the coming months are not going to be quiet.

How far is Imran Habeeb (Charlie de Melo) going to fall in Coronation Street? Is Noah Dingle (Jack Downham) going to carry out worse action than we can imagine?

And what about Stacey Slater (Lacey Turner)? In the wake of Jean’s (Gillian Wright) spiral, how will she deal with the ramifications? Elsewhere Ethan Williams (Matthew Bailey), might be losing control of his own situation – as a dramatic and dangerous new arrival brings chaos.

For some time, it’s been clear that Noah is a dangerous teenager to beware of in the village.

His growing obsession with Chloe and his feelings of entitlement towards being with her have case him in an eerie light.

And his campaign of stalking is only set to accelerate as he won’t let Chloe go. Chloe is more than happy to remain friends with Noah but he is forming manipulative ways to get closer to her.

Will she make the mistake of trusting him too closely as he seeks to isolate her for himself?

Could she discover the nature of his interest and how far he is prepared to go?

We have seen Noah grow up in the Dales, experiencing loss, trauma and abandonment but this could be where he expresses himself in the most dangerous way.

Chloe may need to watch out and what if she is the only one…?

There’s a huge war going on in Weatherfield as the battle for Alfie intensifies between Imran and Abi.

All the while, Toyah is preparing to marry Imran but whether or not she is playing him is yet to be seen.

Viewers are, perhaps correctly, assuming that Toyah is out for revenge and it’s no secret that Imran will be leaving later in the year.

There is plenty of drama before that ending and Imran is going to find himself at the centre of some huge conflict, some of his own doing.

Ethan has lied, cheated and schemed his way into power since making his Hollyoaks debut last year, but despite his desire to be the village’s resident kingpin, he isn’t quite top dog, given that he answers to the ominous Undertaker.

There is little known about the mystery Undertaker (although the casting of Glynis Barber may herald a speculation or two), but we can tell you that they’re not someone you want to mess with, a lesson Ethan might find out the hard way over the next few weeks.

But it’s not just The Undertaker that’s out for his blood, as Sienna and Ste are cleverly syphoning out of his businesses in a bid to get revenge on him.Will they get caught out? Or will they succeed in bringing Ethan down?

That remains to be seen, but the trio may end up paying a hefty price for their actions, with major consequences potentially on the cards.

Rainie is juggling so much at the moment; once the one at rock bottom, she is the wavering glue that is holding everything together.

With Stuart facing surgery and struggling to bond with Roland, Rainie’s hopes of what motherhood would be like are seeming to be shattered.

Home life is getting on top of her as she has to also deal with Stuart concealing his painkiller addiction.

Rainie has found the strength so far to hold all of this together but pressure is mounting.

Could Rainie’s marriage come under huge threat? And what impact might all of this have on their future with Roland?

Peter’s life with Carla has been somewhat happily settled – which is a brilliant thing. Although we don’t half miss a bit of drama for them!

Fear not, as Peter will soon be thrust into a new situation of conflict – and one that may lead to some surprise decisions from both himself and Carla.

While we can’t give away too much at this stage, Peter will come to the forefront this spring as he makes a discovery.

And as he reacts to this; tensions might go too far but will it be at the expense of Peter and Carla’s stable existence?

Or will they confront this head on as a strong unit?

The relationship with Vanessa is one that has brought a refreshing dynamic to the village.

But there’s much more to Suzy than meets the eye – and her secret with Leyla is about to be revealed.

It is the start of a dramatic story over the spring as Leyla fears that Suzy will reveal all.

As they circulate each others’ worlds, how much are they hiding and why?

And what will Vanessa’s reaction be if she is drawn into it all?

Watch out for this one, there may be more than one shock.

We have seen Jean’s behaviour spiral in a devastating fashion and this will only get worse when she flees to Southend and ends up submerging herself in the ocean.

Stacey is there to physically save her mum but is it too late to psychologically turn the tide in the situation?

In the wake of what happens, Stacey still has to reconcile herself with all that has happened and been said between herself and her mum.

And, as Jean gets the help she needs, Stacey is left to pick up the pieces.

How will she sort things with those left behind – from Harvey to her own family, including explaining to those including Lily what has happened and what the future holds?

Can Stacey really cope after being the one to sustain so much from Jean during her manic episodes?

It’s not been the easiest of years for Juliet, who found herself fighting for her life in the aftermath of the fire at the Salon De The.

But despite things looking up for her since popping the question to Peri, there is more drama to come over the next couple of weeks, and let’s just say that her relationship with her girlfriend will certainly be tested in the process.

Juliet and Peri have been through a lot since declaring their feelings for one another, but with more upset to come, will the duo’s relationship crumble?

Or will they fight for one another, despite what obstacles they might face along the way?

Tim has found himself shaken and vulnerable since his health scare and surgery and the latest struggle he has had to get his life back on track is his sex life with Sally.

Despite trying to indulge in their usual box of tricks, Tim is feeling the pressure. And it will soon become clear that intimacy won’t be the only issue.

As Tim faces the prospect of confronting things head on, is he up to it?

And will he come clean to Sally about what he is facing?

The war between Cain and Al has been rumbling on for some time – and we’re fairly sure we know which side the viewers are on.

Over spring, things come to a head even more. Al and Cain’s feud steps up a gear and a big week will see a colossal showdown that will shift things forever.

But what is the catalyst? And when a seriously dangerous incident unfolds, will a life be lost?

When Cain’s right buttons are pressed, he becomes self destructive and pretty much uncontrollable.

So how far will he go?