It’s no secret that Deavan Clegg has not gotten along with Jihoon Lee’s family, namely his mother, Jung. The 90 Day Fiancé: The Other Way castmember’s feud with Jihoon has trickled into the way his family treats and views her. But when Clegg revealed that she had had a miscarriage, Jung showed her grace for what seemed like the first time. 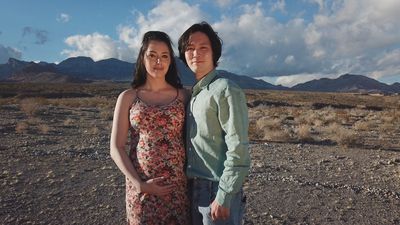 News broke about Clegg’s miscarriage last year but fans are just now getting to see it play out on tv. Clegg opened up about the experience on Sunday’s episode.

“At first, I was really scared,” she said. “We just barely had Taeyang, and we are definitely not financially stable for another one. But then I got really excited. Stuff happens for a reason. A baby is always a blessing, and I was accepting it and ready to do it. However, we did get some devastating news recently. When I went to a checkup and they did an ultrasound, that’s when they figured out… That we had lost the baby. We had a miscarriage.

“I’m just very sad, and it’s just something that I thought would never happen to me in my lifetime,” she continued. “It was the hardest thing in my life. I was just very devastated. I think it’s just something that takes time to heal from. I’m really sad, too. It’s just, you know, the stress, and we just had Taeyang. And my body, just for some reason, just couldn’t handle it.”

Jihoon and Clegg had not been on the best of terms when they found out about the baby. They had been constantly arguing about everything from money to whether they should actually be together. But going through such a traumatic experience made Clegg realize what was important.

“It made me realize with Jihoon, like, us fighting about money, fighting about the apartment, fighting about loyalty — losing this baby made us realize, like, how much we care about each other and not … it’s not worth the petty little fights anymore,” she said on the show. “And it’s really caused us to bond and stop fighting and be there for each other.”

How did Jihoon Lee’s mother react?

Jung has never been really warm toward Clegg. The cultural differences and language barriers made it really hard for the two to connect. When Clegg got angry at Jihoon for lying about how much money he had saved, his mother sided with him and thought that Clegg should be appreciative that he had started saving at all.

On Sunday’s episode, Jung took Clegg to a Korean history museum to spend some time with her alone. When they spoke about the miscarriage, Jung was surprisingly kind.

“As a woman, I think you have courage,” Jung said to Clegg.

“It’s nice to hear that Jihoon’s mom is starting to accept me,” Clegg said on the show. “That’s all I could have ever wanted. And it’s starting to finally feel like a real mother-in-law and daughter-in-law relationship.”

Where does Deavan Clegg’s relationship with Jihoon Lee stand now?

Since filming ended, Jihoon and Clegg have broken up. Clegg has also accused Jihoon of abusing her daughter Drascilla. Jihoon has denied that he or anyone in his family hurt the child. So, it’s safe to say that all the warm feelings of goodwill shown in the Nov. 8 episode have most likely faded.