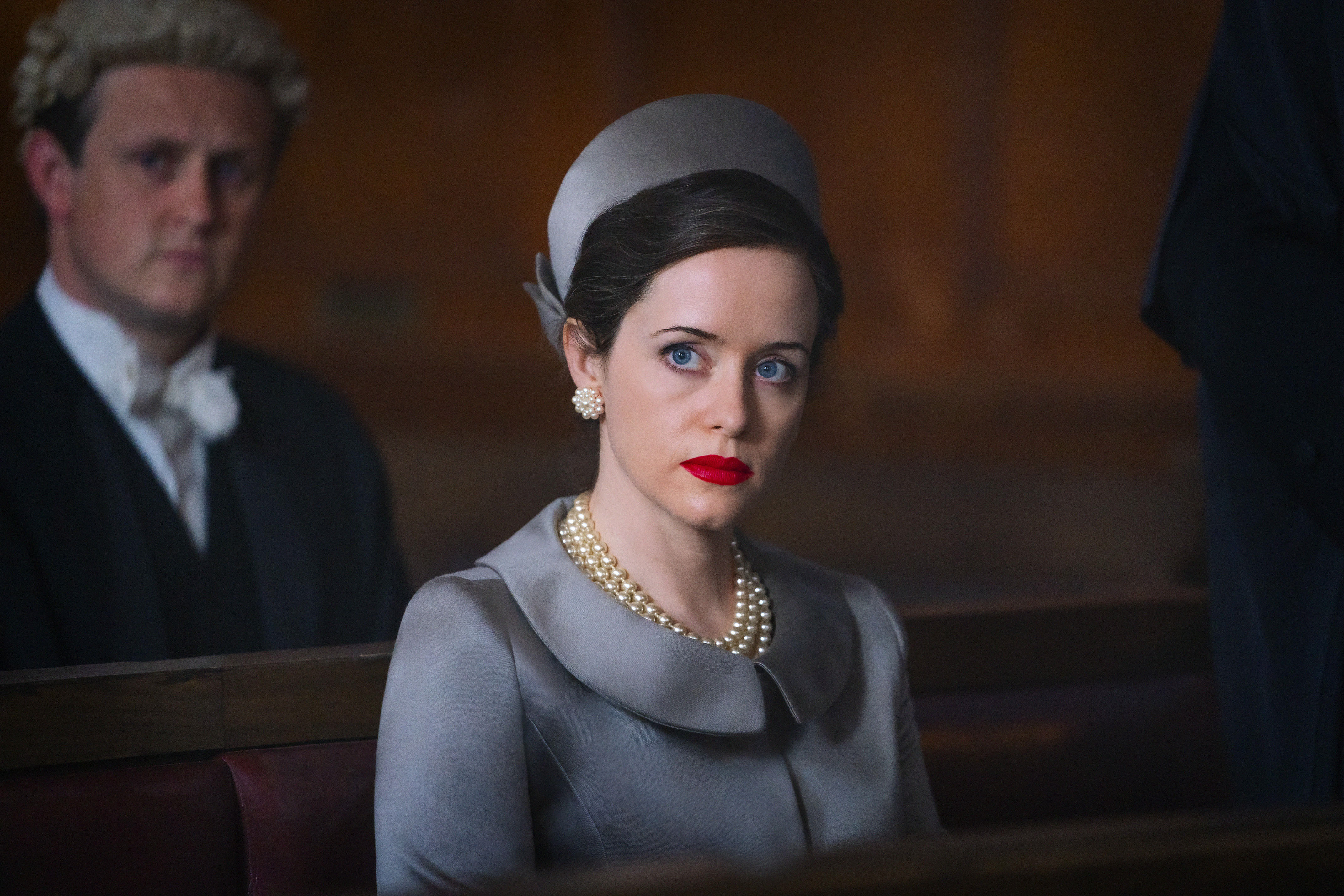 The X-rated picture was infamously used against the duchess Margaret Campbell (played by Foy) in her high-profile divorce from her husband Ian Campbell, the 11th Duke of Argyll, in the 1960s and showed her performing oral sex on an unknown man.

The second chapter of the three-part series saw The Crown actress enter her bathroom where an unidentified man was stood completely naked.

Dressed in black lingerie and her signature string of pearls, Foy’s Margaret proceeded to hand the man a camera as she moved down his body.

Later scenes saw Margaret open a letter that contained the racy images and she stored them under lock and key in her writing desk.

The Duke, after growing increasingly suspicious that his wife was having an affair, raided the desk and found the pictures before the episode came to end.

The drama ended on a cliffhanger with Margaret blissfully unaware that her infidelities have been discovered.

There has been continued speculation over the years regarding the identity of the individual in the ‘headless man’ photograph.

One of the names that cropped up as a possible candidate for the man in question was Duncan Sandys, the Minister of Defence, the son-in-law of Winston Churchill.

The duchess never revealed who the man or men were in her lifetime and died in 1993 at the age of 80.

Reflecting on the intense focus on Margaret’s sexuality at the time, Claire said: ‘Most people have a sex life but they don’t go on about it all the time, nor should they have to.

‘Margaret’s sexuality seems to have become another personality or something outside of herself, which I find that really bizarre and strange.

‘Calling her the Dirty Duchess is so misogynistic and I would like to think things have changed but I don’t think they have.

‘Factually, there’s no way of knowing what she felt about who she was in that way. In this story, what I’m keen on is how easily she fell in love and how she kept letters and mementos of her lovers.

‘In a way, I think that was the romantic side of her and her sexuality was linked to that. But also in this story, no one should have the right to know that side of her. It’s no one’s business and it never was. It’s straight misogyny.’

A Very British Scandal concludes on Tuesday night at 9pm on BBC One.