CONNAGH Howard's family have slammed Love Island "game players" after he was chucked out of the villa.

The model's Twitter account shared a withering message today after his exit during a savage recoupling last night. 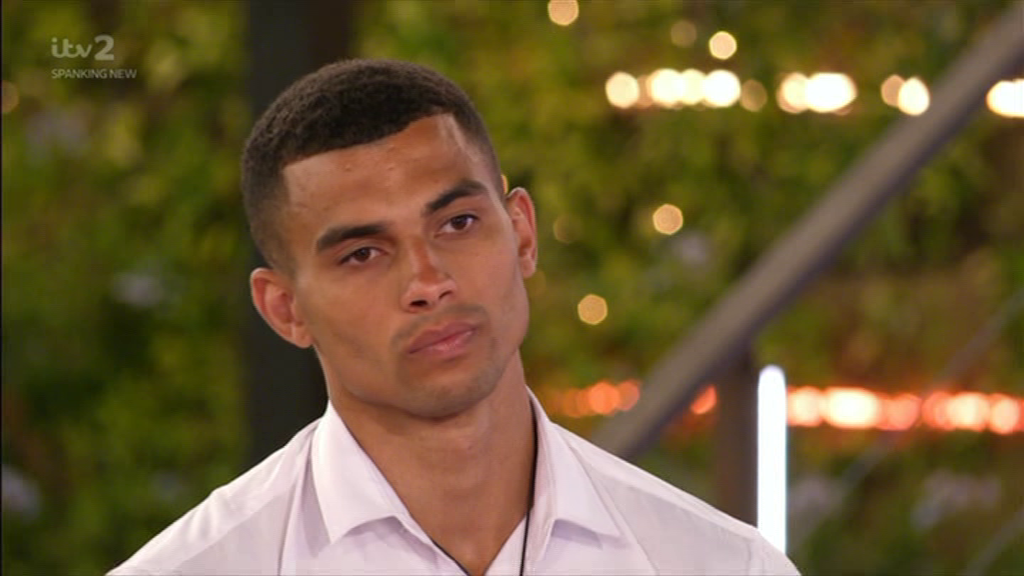 The scathing message read: "Connagh has left the villa, a bit of a shock but I suppose going with your heart & not playing the game doesn’t keep you safe.

"But as ever he’s remained the gentleman & true to his heart.

"We are all so unbelievably proud of him as we hope you are too." 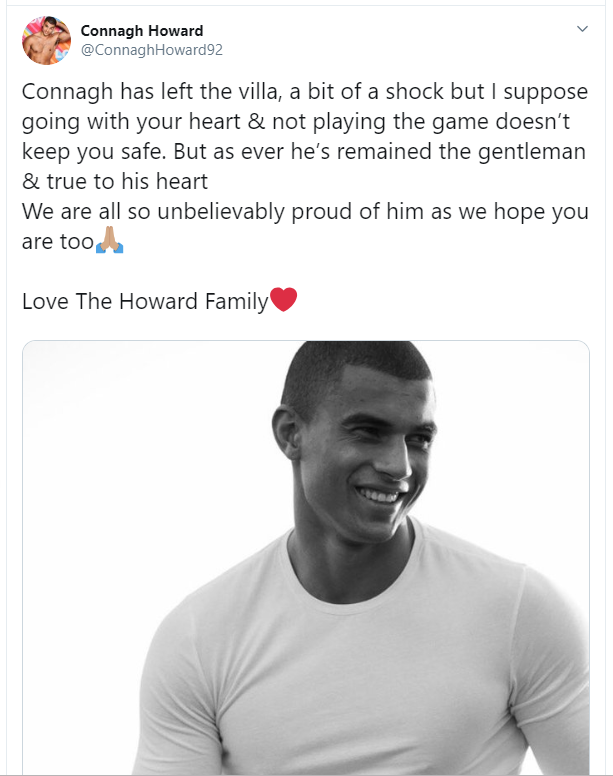 Connagh's chips began to fall when Rebecca announced she wanted to couple up with new bombshell Luke T – despite snogging Connagh the day before.

It was then down to Siannise to save him or Nas, but Connagh had already snubbed her kissing Rebecca despite knowing the Bristol native fancied him.

Rather than picking Connagh, she decided to save her pal. 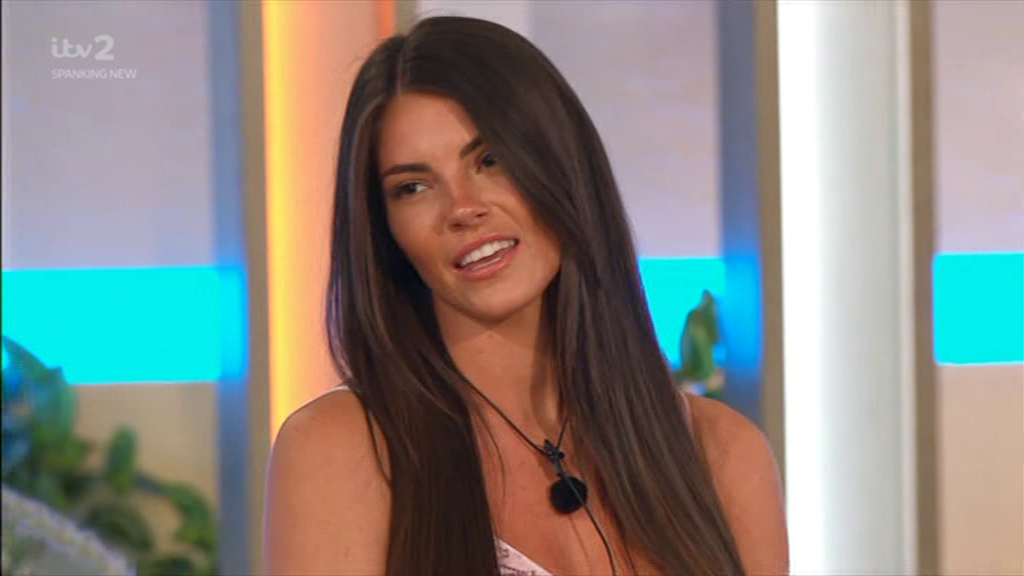 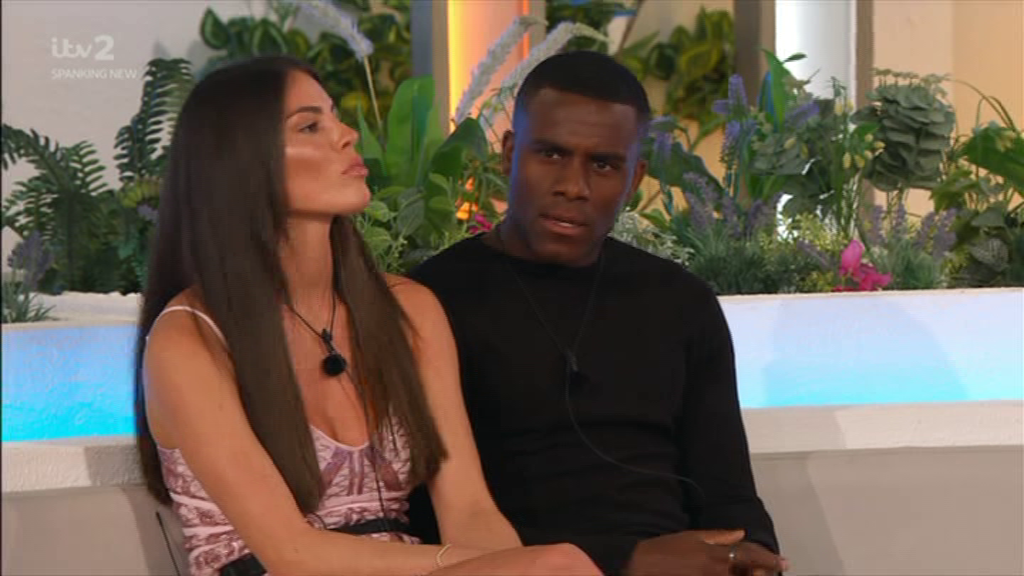 She said: "So I haven't actually planned this as I wasn't very prepared as the guy I wanted to choose has been picked.

"I want to couple up with this guy as he is the life and soul of the villa, he makes me laugh 24/7, his personality is amazing and it hasn't gone unnoticed.

"I would love for him to have the chance to find the girl of his dreams and be happy. So I would like to couple up with Nas." 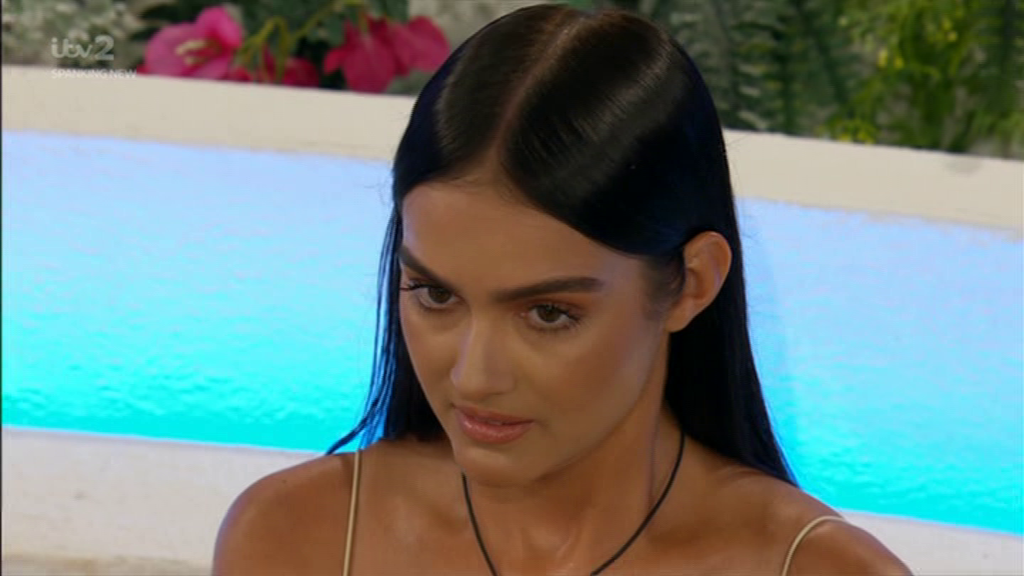 Those watching at home were not expecting him to get the boot.

Taking to Twitter, one wrote: "My heart actually feels sorry for Connagh."