Helen McCrory discusses the Prince's Trust on GMB in March

On Friday afternoon, Helen McCrory’s husband Damian Lewis announced via Twitter his wife had died at the age of 52. Lewis stated the Peaky Blinders star had passed away after a “heroic battle with cancer” and was surrounded by her friends and family at home. Soon after, BBC’s Director for Drama released a statement in honour of the actress.

BBC Director of Drama, Piers Wenger, said after McCrory’s death: “Helen was one of the finest actresses this country will ever see.

“From [Harry] Potter to Peaky [Blinders], from [Cherie] Blair to [James] Bond, Helen’s fearlessness made every part she played unique and unmissable.

“Her body of work speaks of her extraordinary talent, what it doesn’t speak of is her kindness, intelligence and sense of fun.

“This is too soon, too cruel. Our thoughts are with her family and friends at this incredibly sad time.” 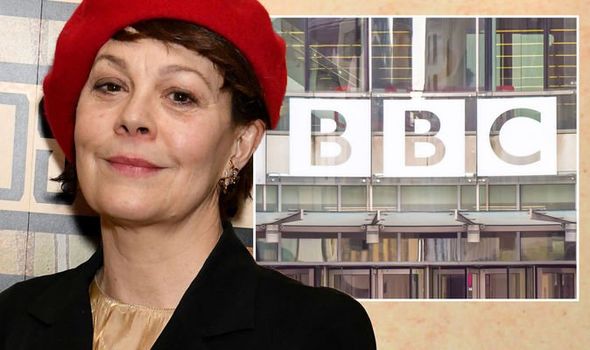 McCrory’s husband Lewis penned to his 233.1k Twitter followers: “I’m heartbroken to announce that after an heroic battle with cancer, the beautiful and mighty woman that is Helen McCrory has died peacefully at home, surrounded by a wave of love from friends and family.

“She died as she lived. Fearlessly. God we love her and know how lucky we are to have had her in our lives. She blazed so brightly.”

Concluding the statement, he wrote: “Go now, Little One, into the air, and thank you.”