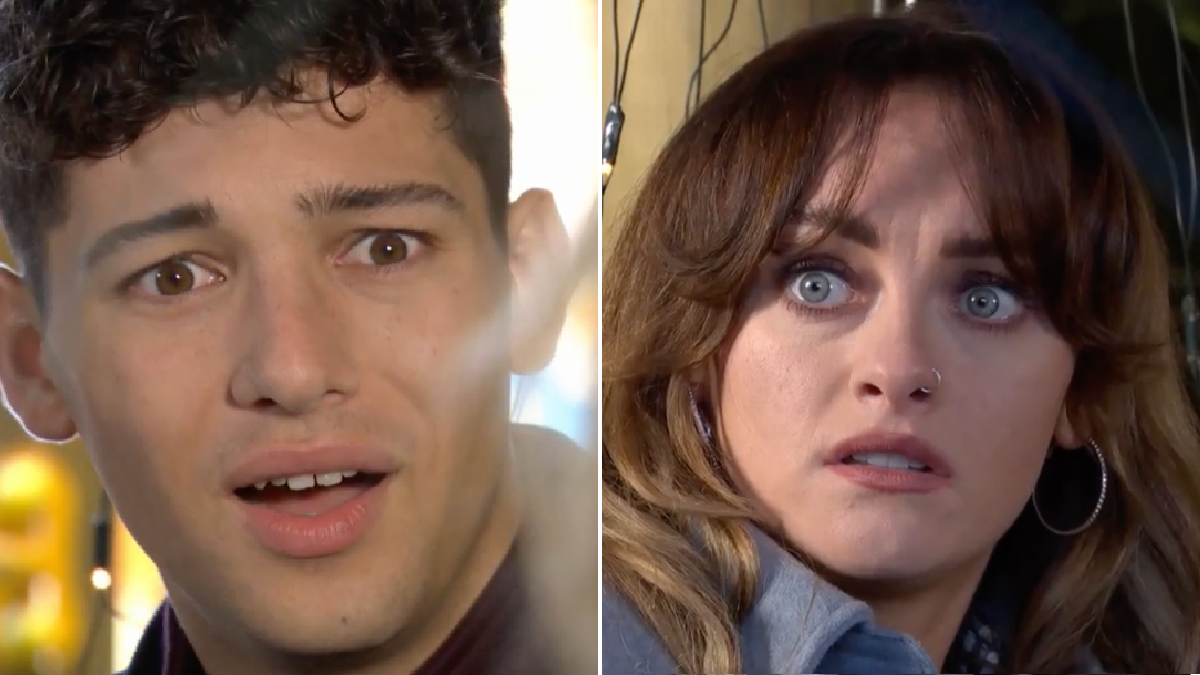 The awkward moment came after a confrontation between Becky and old pal Diane Hutchinson (Alex fletcher), who warned Ollie against listening to her conspiracy theories.

Diane wasn’t the only one, as Zara (Kelly Condron) and Cindy Cunningham (Stephanie Waring) both warned Ollie against getting too close to Becky, as they were concerned she’d have a bad influence on him.

Ollie, however, berated them for interfering, and – following the showdown – he sought Becky out in the park.

After she discussed Henry, he opened up about how he also has a son, recalling how he and Brooke Hathaway (Tylan Grant) gave the baby up for adoption.

Becky praised him for doing something so selfless, and suggested that’s why he was such a kind person.

Ollie was overwhelmed, and Becky asked him if he would consider babysitting Henry while she protests against Zara’s Christmas lights protest.

Ollie learned in to kiss Becky, leaving Becky in shock.

‘What are you doing?’, she exclaimed. Ollie was apologetic, claiming that he’d misread the signals.

Becky, however, told him that there ‘were no signals’, before ordering him to stay away from her.