Britain’s Got Talent: The Champions came to an end on Saturday (October 5) when dancing duo Twist and Pulse were crowned winners. Battling it out against successful acts from across the world, the pair was voted in first place by the arena audience. Express.co.uk exclusively spoke to the act to find out what it was like to finally take home the trophy as well as what they thought about the rumour that their win was supposedly leaked ahead of time.

Britain’s Got Talent: The Champions has been airing over the past few months on ITV as previous finalists and stars battled it out to win the ultimate prize.

This all came to a head in Saturday’s final when dancing duo Twist and Pulse beat out acts like Ukrainian sand artist Kseniya Simonova and dance act Stavros Flatley to win the competition.

The pair took home the prize of £100,000 after the audience of super fans voted them as the top act in the show.

Made up of two friends, Ashley Glazebrook and Glen Murphy, Twist and Pulse are a dance duo from London who first appeared on the show back in 2010 when they were just 19-years-old. 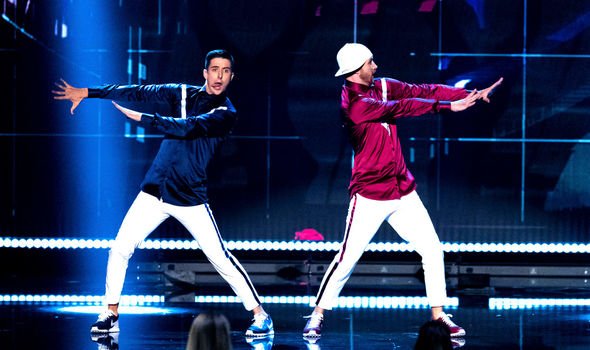 However, they sadly lost out on the top spot to gymnastics troupe Spellbound at the final stage of the competition.

But now nine years later, the duo spoke exclusively to Express.co.uk about what it was like to finally win BGT.

Ashley said: “It’s so hard to take in but we feel like because we were runners up in 2010, we’ve been working and trying to pave the way for ourselves for nine years.

“We’ve dreamed of a moment like this for nine years so for us to finish in first place is incredible.” 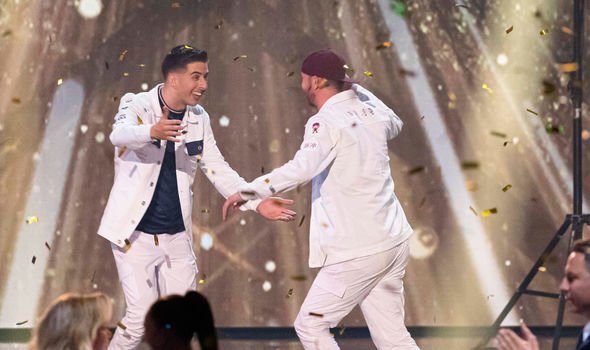 The act is known for their mixture of comedy and dancing, and they ended up winning the competition with a performance featuring a mash-up of hits from film and television.

Speaking about the performance, Glen explained that they wanted something that appealed to all ages of the audience.

He said: “We managed to lock down the idea of doing a TV and film piece because everyone that’s watching BGT are usually avid TV watchers.”

One of the most memorable moments was when the Love Island theme tune came on, and Ashley asked to couple up with judge Simon Cowell.

However, when pushed on that Ashley added “obviously I wouldn’t but he’s been a great wing-man and a great friend,” explaining that they’d love to collaborate with him in the future. 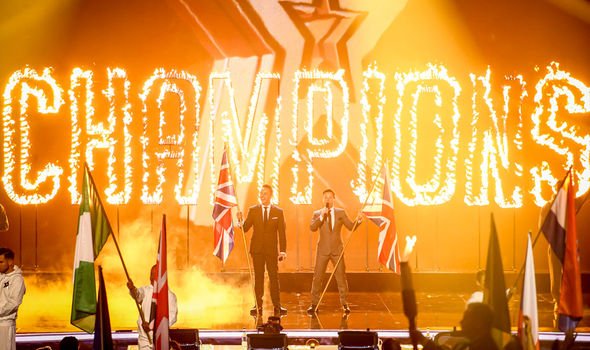 Before Saturday’s final, there were also some rumours that their win was leaked ahead of the series launching on ITV.

This reportedly happened after an image appeared on social media of the pair holding the trophy.

However, the pair dispelled rumours that they were told off by the producers and instead spoke about the challenges of keeping the secret when you have such a big audience.

Glen said: “We were as confused as everyone else, there was a lot of stuff saying we were called and told off for it but it was nothing that we knew about, it was just something that came out. It’s hard when 6,000 people are in the audience watching.“ 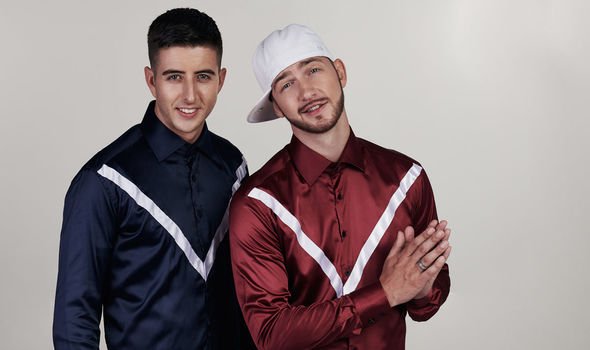 He added: “The BGT team were very quick at making sure they kept it under wraps because that’s the whole point of the show.

“It’s amazing for people to watch along and get really wrapped up in who they want to win.”

Now having won the competition, Twist and Pulse will be heading out on tour across the UK for their fans to see them starting in February.

The duo are hoping it will also be a chance to engage with the whole new audience they’ve built up from starring on the show, as well as thank those who voted for them.

Fans can find out more about the dates and where they’ll be performing on their website.

Britain’s Got Talent: The Champions is now available to watch on the ITV Hub.