Bradley Walsh welcomed Roy, Jan, Steph and Zaki onto The Chase this evening as the foursome battled it out against Mark ‘The Beast’ Labbett. However, the ITV quiz host light-heartedly clashed with the Chaser as they both explained why Roy had answered a sports question incorrectly during his head-to-head.

Roy was the first up to face the Chaser after earning £3,000 in his cash builder round.

The contestant opted for Mark’s higher offer of £23,000 but was stumped early on by a sports question.

Bradley asked: “What sport did Sylvester Stallone say is ‘like trying to play golf during an earthquake?’”

The options were curling, ice hockey and polo with Roy opting for the first option.

Read more: The Chase’s Darragh Ennis explains why he turned down nickname 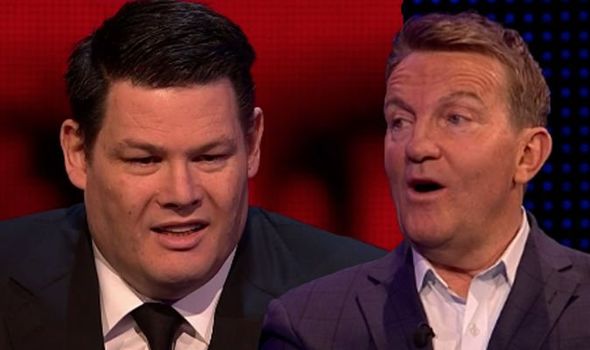 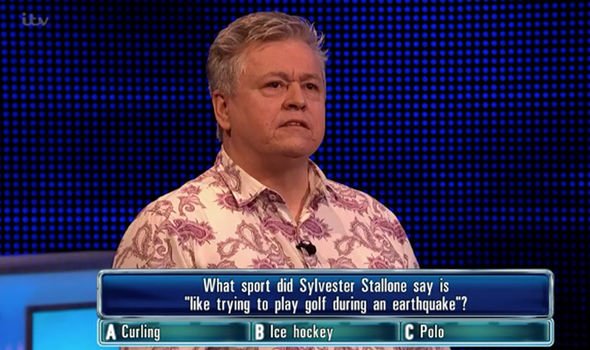 Immediately, Bradley revealed he disagreed after noting it was a “great question”.

“Thinking about it I might have gone ice hockey,” Roy added.

It was then revealed Mark had answered correctly by choosing polo. 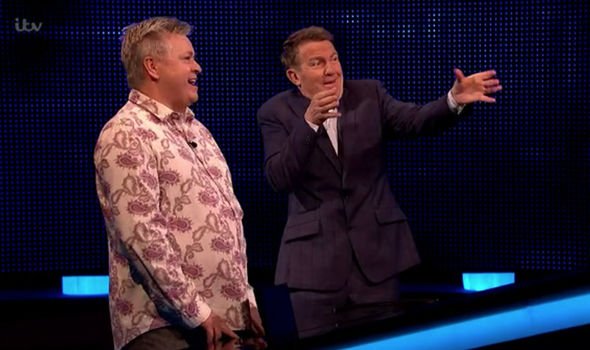 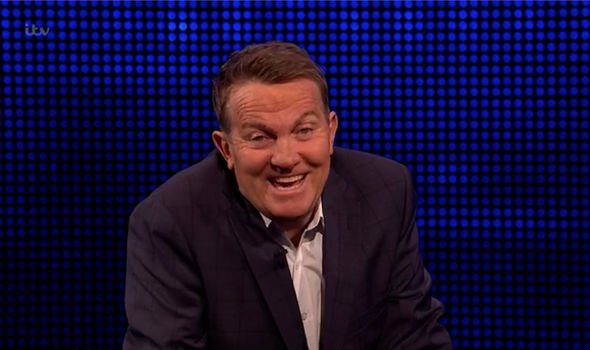 Mark explained: “Just because of the movement of the horses and you’re hitting a relatively small ball.”

“You can only do it right-handed as well, you can’t swap hands,” Bradley said.

“How are they supposed to hold the bows with their hooves? Are you mad? That doesn’t happen.

“They’ve got nothing to grip, hooves don’t grip, they’re flat. A bit of velcro, I get it.”

“I have to say my whole world view changes after half an hour with you,” Mark quipped. “And not for the better.”

Roy was subsequently beaten by the Chaser and Jan quickly followed suit.

Steph earned just £1,000 in her cash builder round but secured her place in the final by adding £40,000 to the jackpot prize fund.

Zak ignored Mark and Bradley’s advice to go low and made it through to the final with £7,000 but the finalists were ultimately beaten by The Beast.