BRITAIN'S Got Talent star George Sampson has revealed the terrifying moment fans broke his windows and stuffed their dirty knickers through his letterbox.

The 26-year-old street dancer, who returns for BGT: The Champions on Saturday, told The Sun Online how winning the show saw him being besieged by crazed girls. 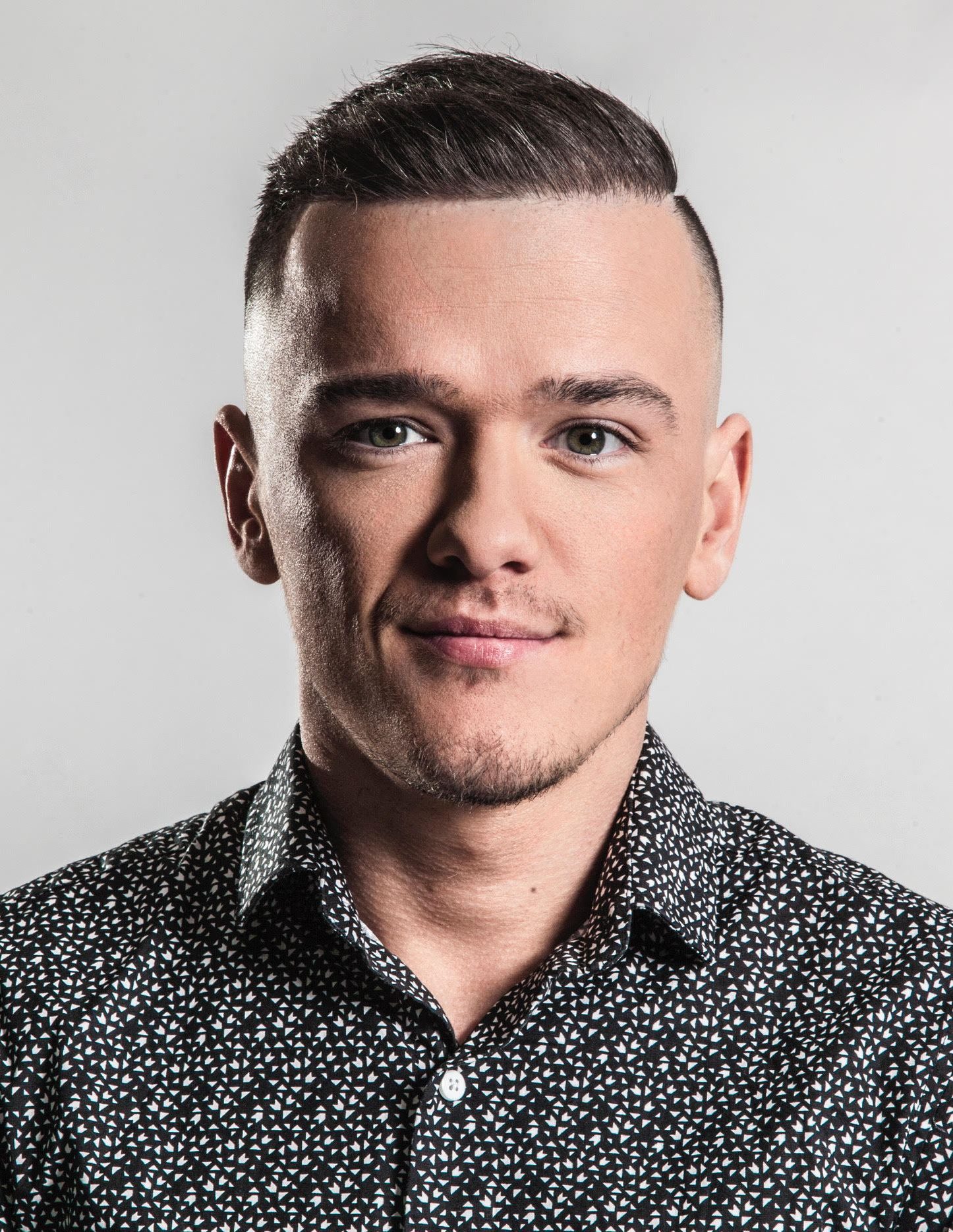 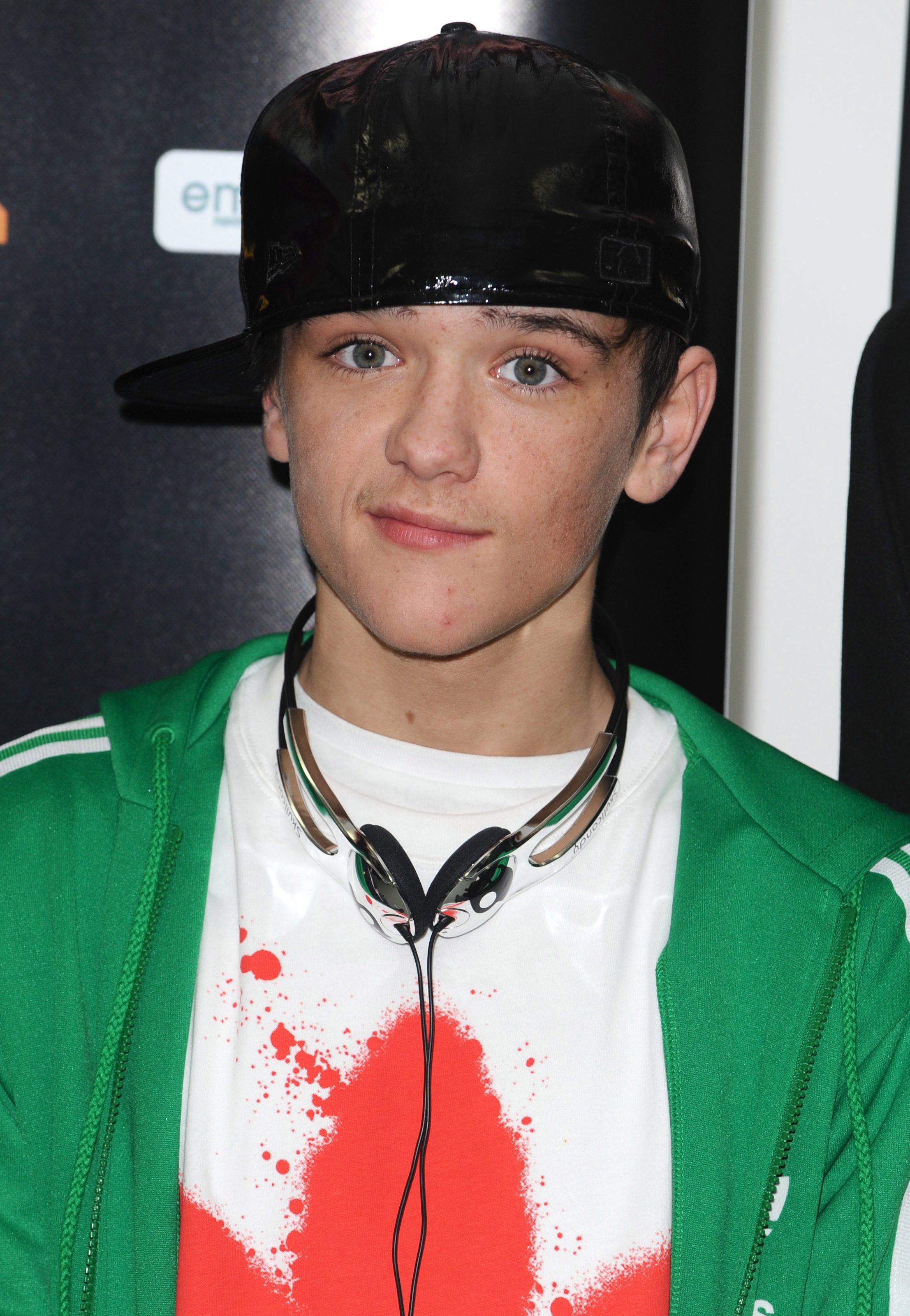 Street dancer George said things became so bad after he clinched victory on the the 2008 series – when he was just 14 – that his family was forced to leave home.

He said: "I had hundreds of people camping outside of my house. It was nuts. The girls were crazy. One was sleeping outside of the house even though it had been snowing.

"They got the floor plan of the flat and somehow managed to work out where my bedroom was.

"They waited until they knew I was alone and then put a stone inside a snowball and smashed my bedroom window." 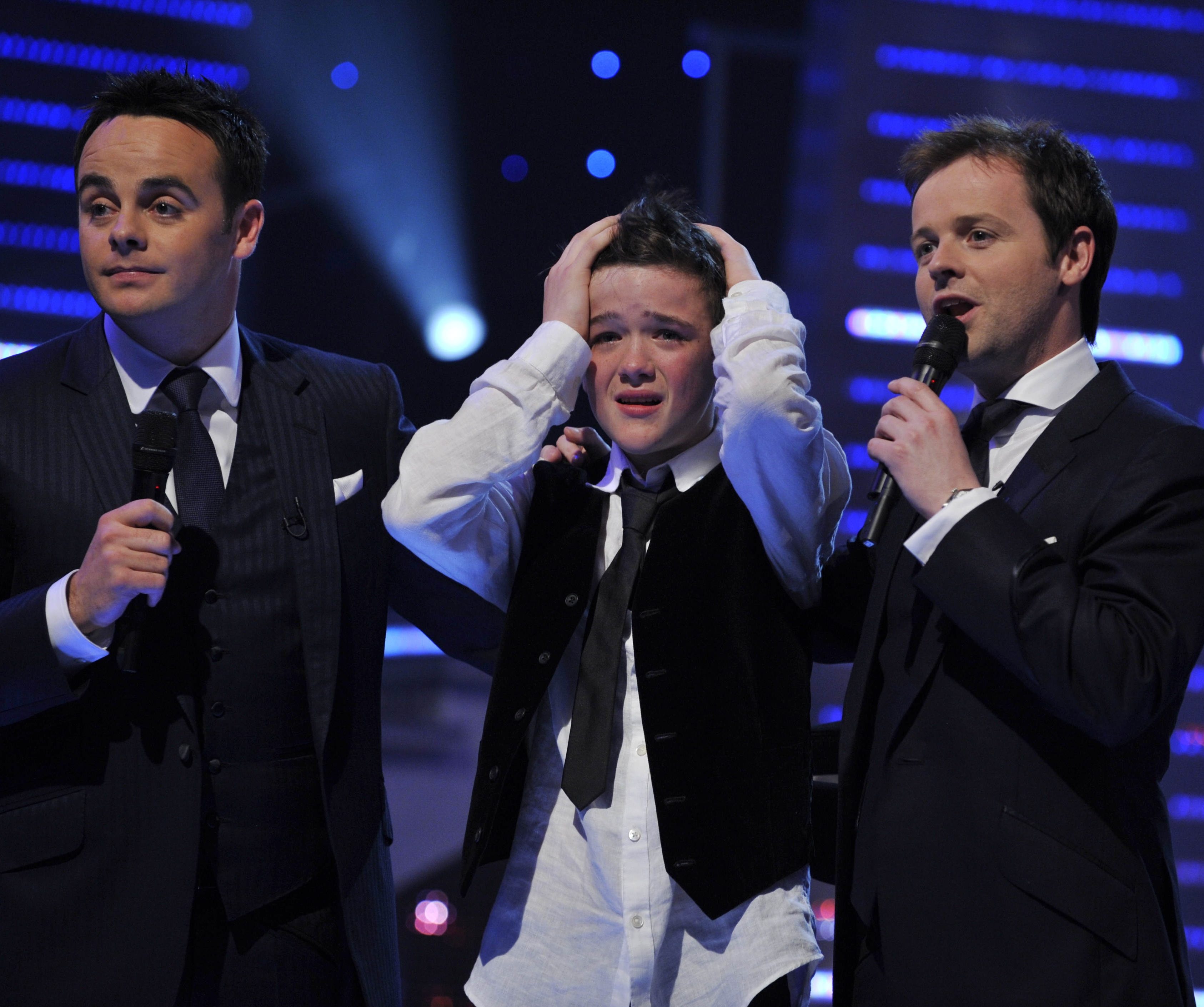 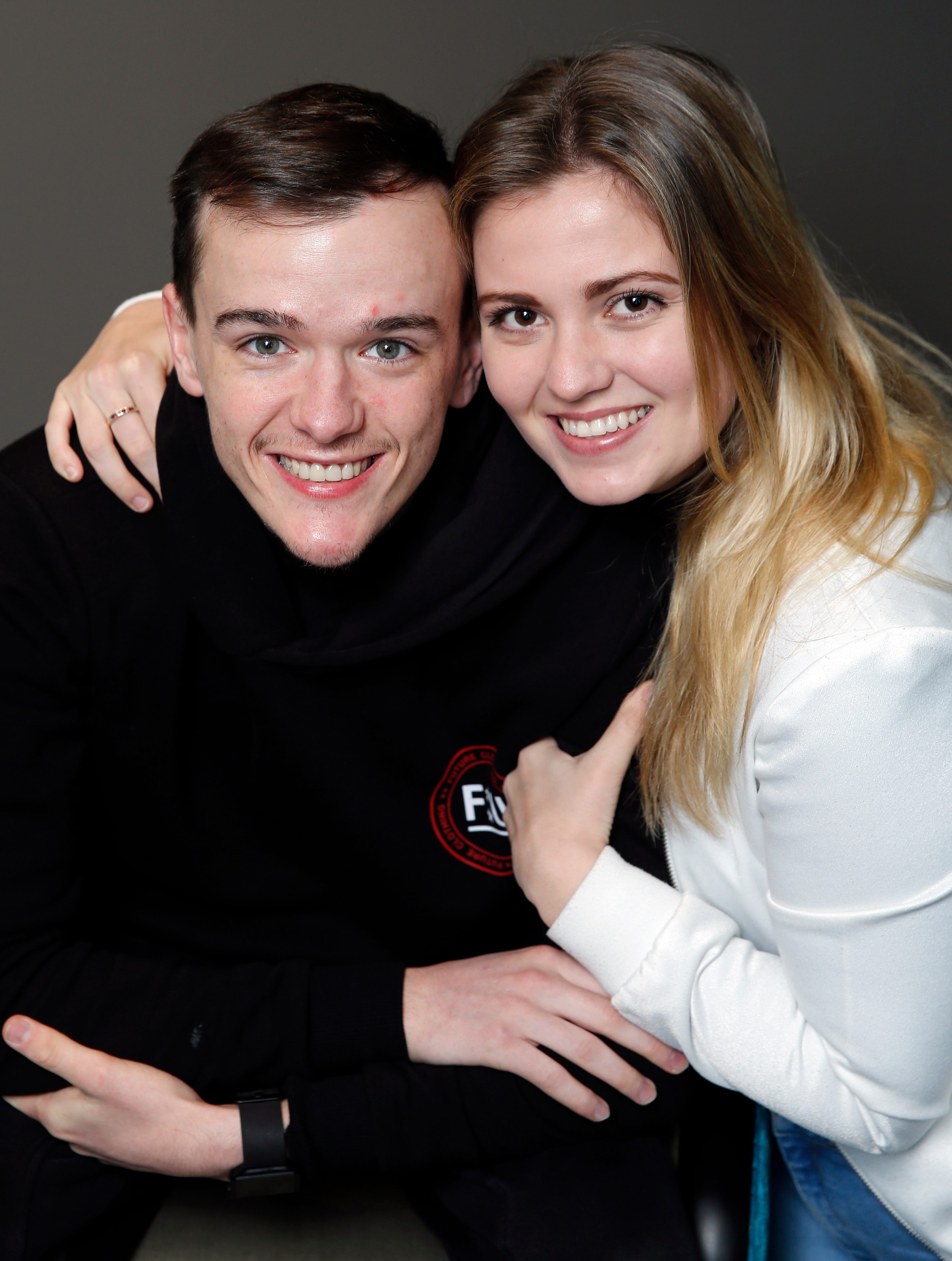 George added: "They knew I would come out and say something – I was only a teenager. I walked downstairs and asked them to stop and they just wanted a picture.

"They didn’t care, all they wanted was my attention. Every weekend girls would be posting their underwear through the letterbox.

"I was only 14 but they didn’t care. I was in that phase when I was into girls. After that crazy first year we had to move house to somewhere fans didn’t know where we lived."

A staggering 14million viewers saw George clinch victory on Britain's Got Talent with an uptempo dance to Singing In The Rain – delivering instant fame. 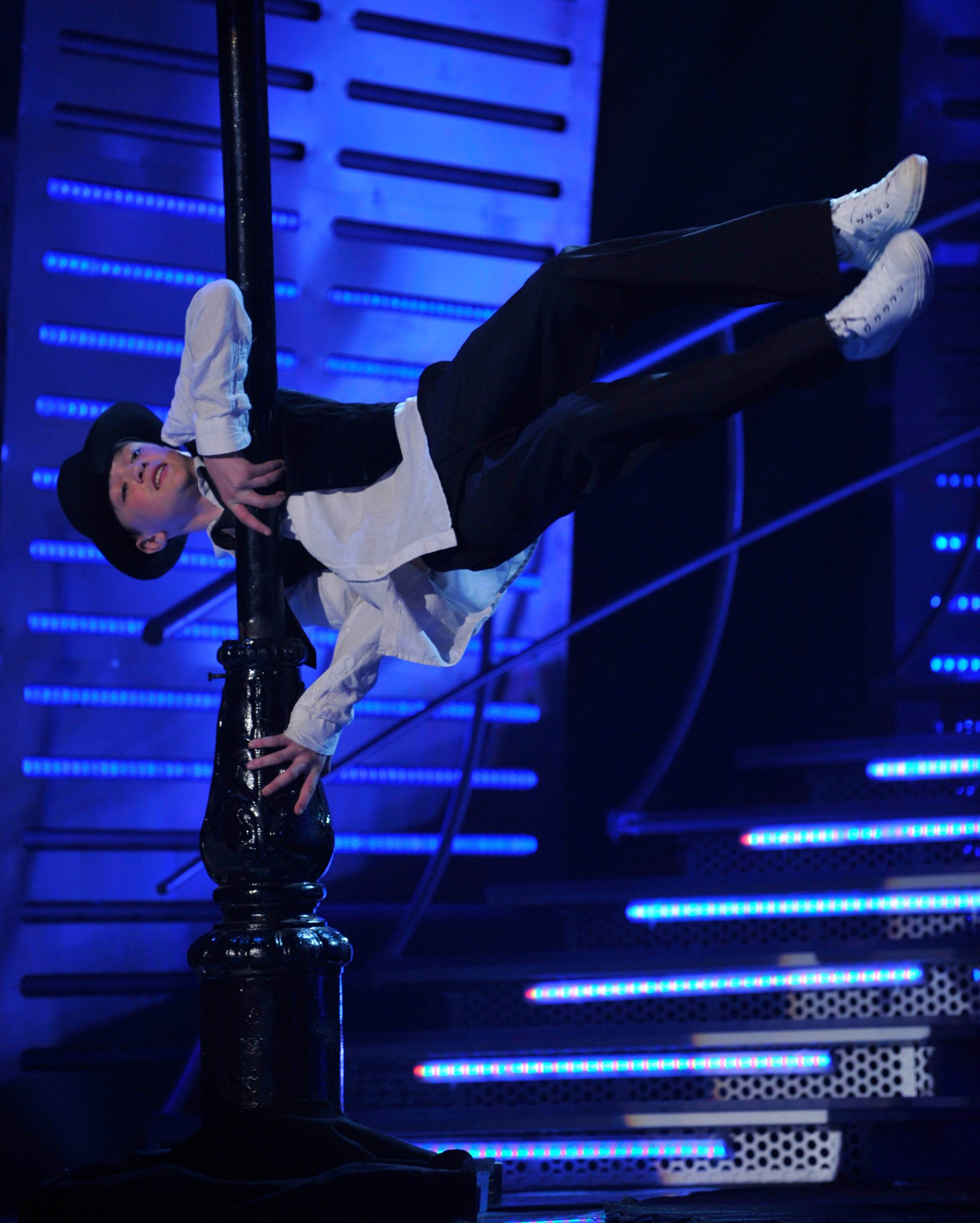 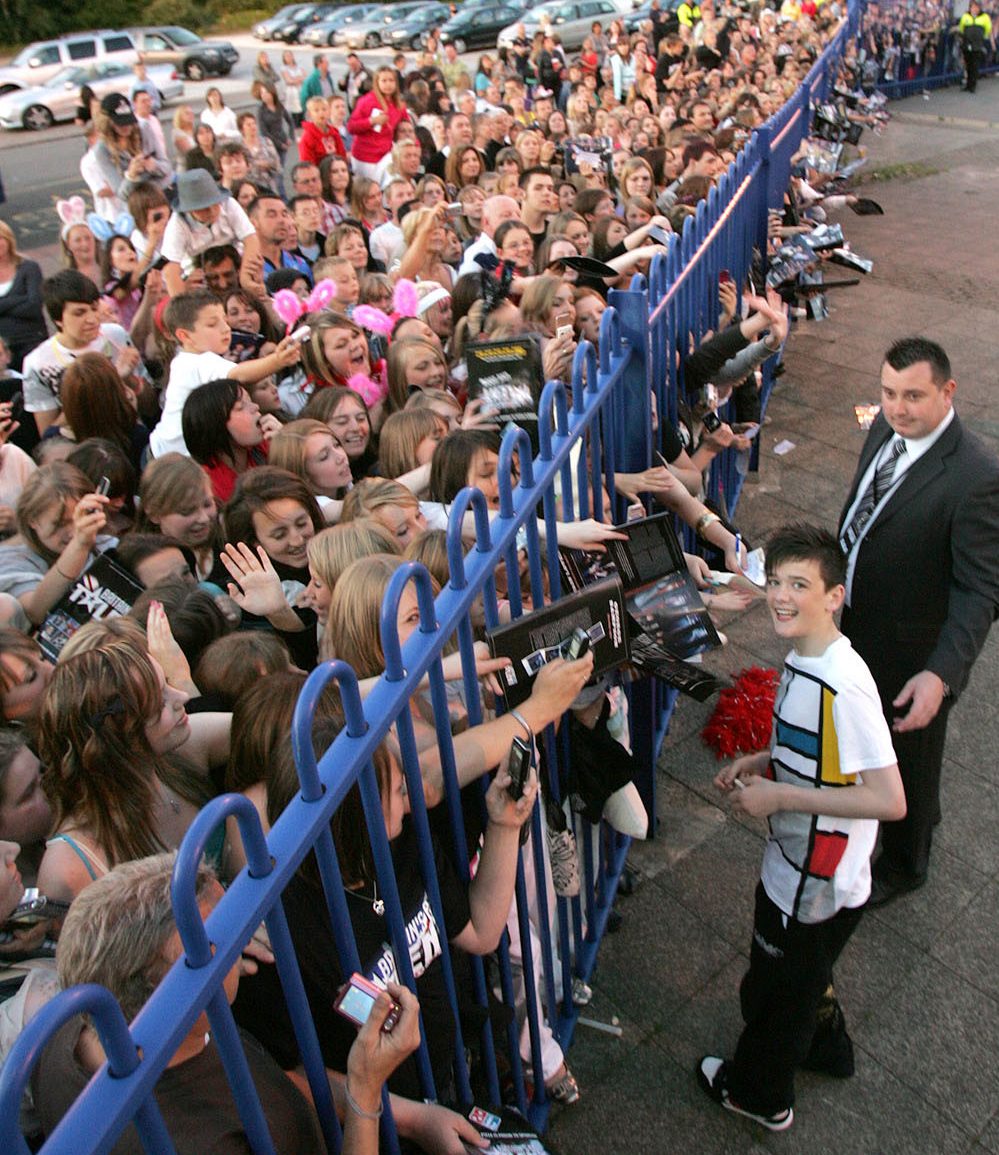 But Britain's Got Talent's bosses were so worried about his safety, George was assigned a bodyguard who would follow him everywhere.

He explained: "After I won the show, Simon Cowell sorted a bodyguard for me. He came to school with me and everything.

"This guy was 6ft 5in, built like a brick s*** house, wearing an earpiece and a suit. His name was Naylor.

"It was so surreal. He was the greatest guy and he became my mate. He became a great family friend." 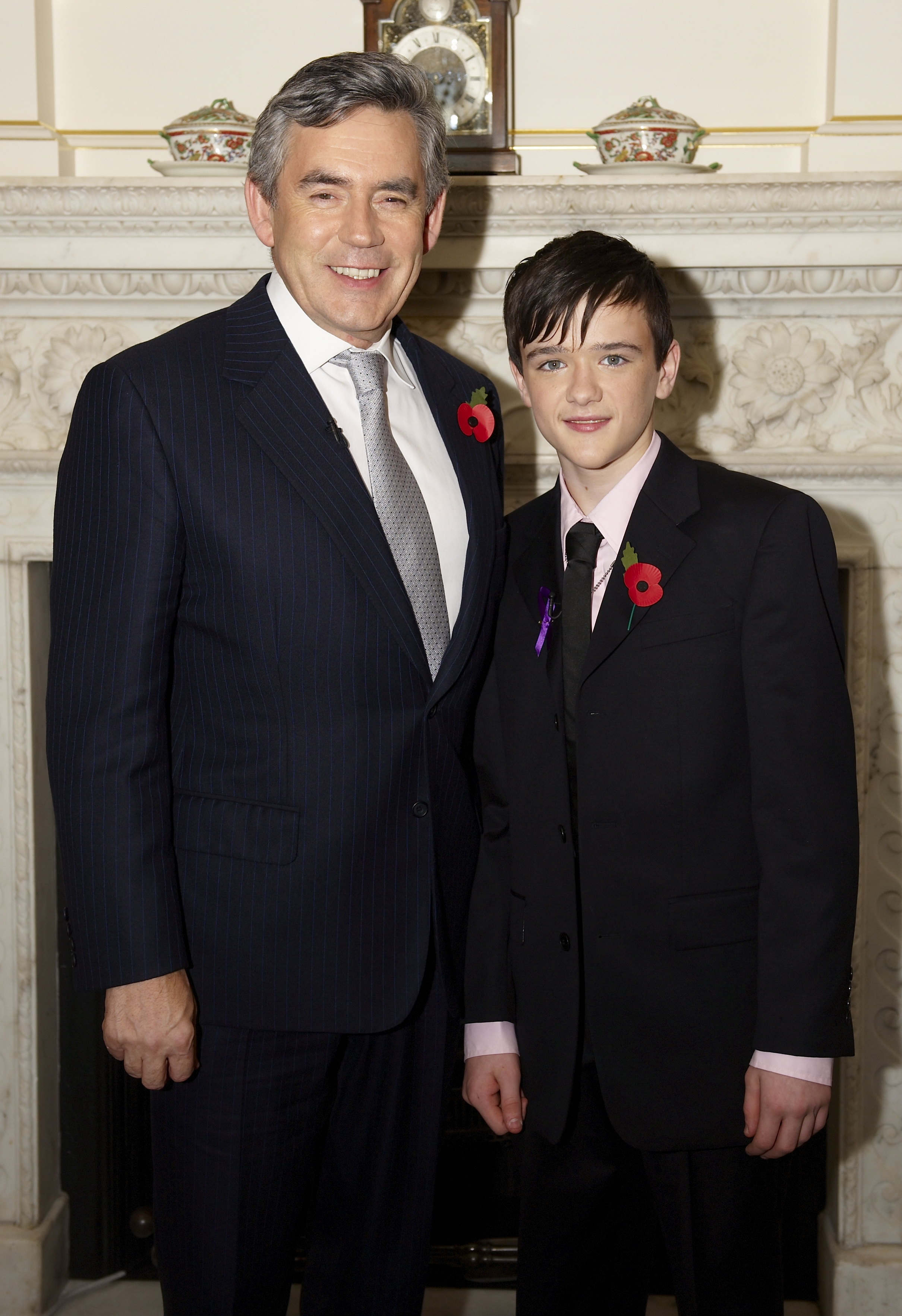 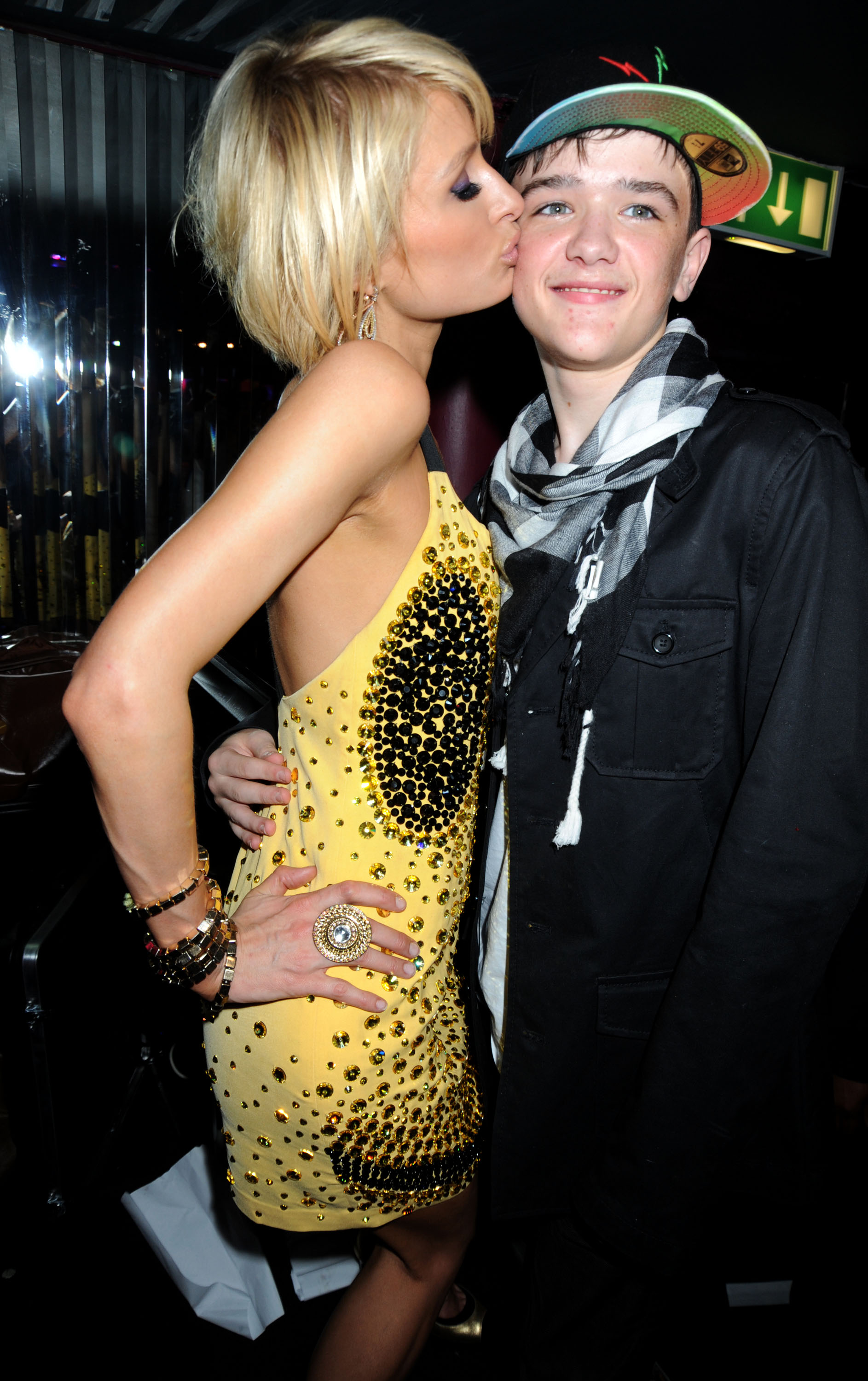 Speaking about the night he took the Britain's Got Talent crown, George explained: "My whole life changed.

"BGT was only in its second series and I was the first dancer to win. I was famous overnight.

"I was lucky because I was a child. I had a 'whatever' attitude which helped me. For other people I understand why they find it tougher. I was ready for anything – but I had to work every hard."

However, there was an upside for his pals, with George admitting: "My win helped my mates pull girls. They got loads of attention. My two best friends, Tom and Dave, loved it." 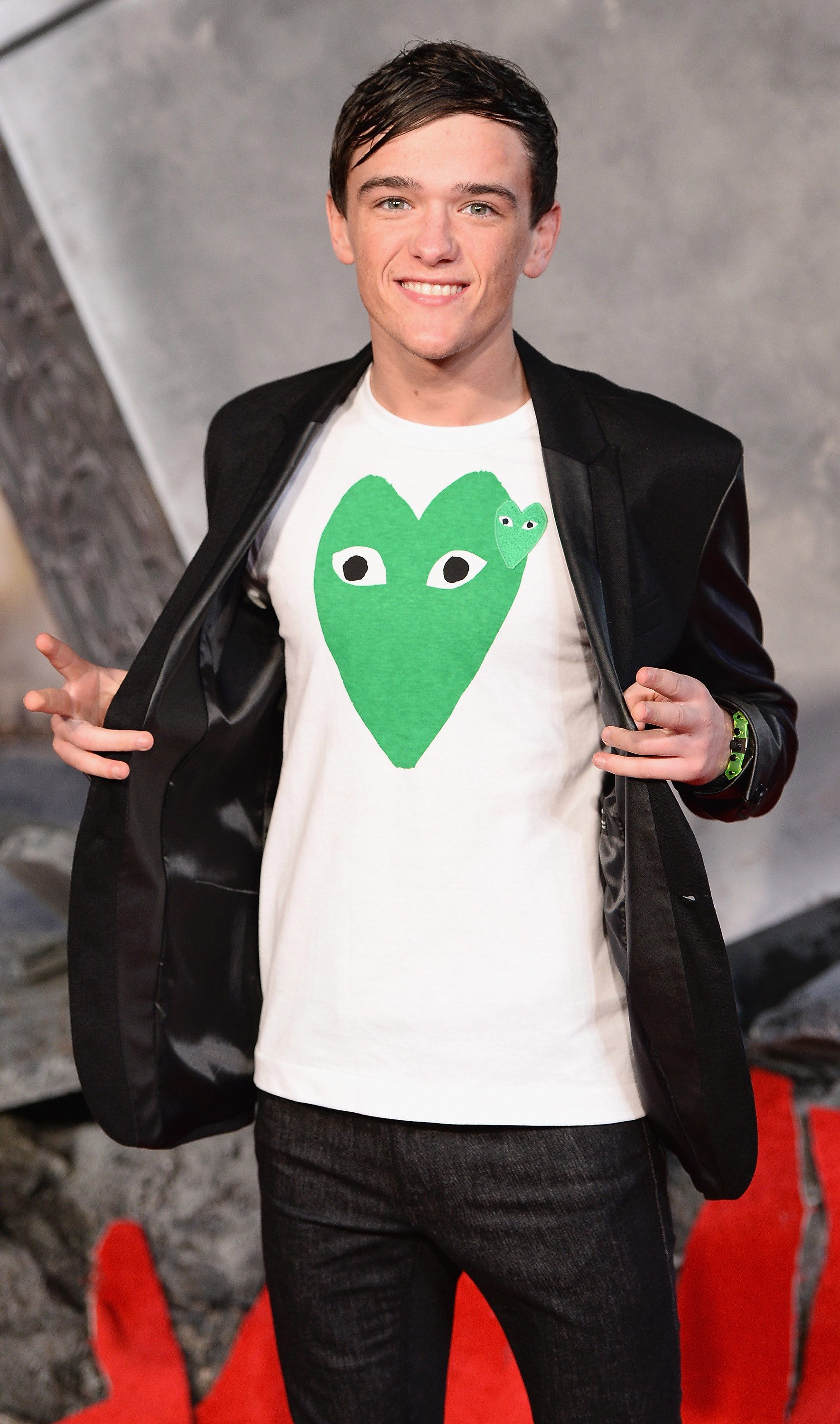 George was eventually dropped by Simon's Syco label when he was 17 – but the dancer and singer insisted: "We left on very good terms.

"We were moving in different directions and they were so great with me. I was one of the lucky ones.

"The guy at Syco who directly looked after me became my best friend. It’s strange, you’re 16 years old and your manager is your best friend."

He added that he kept up a gruelling schedule, saying: "In the first two years after winning I worked every single weekend and in the week too. It was always non-stop." 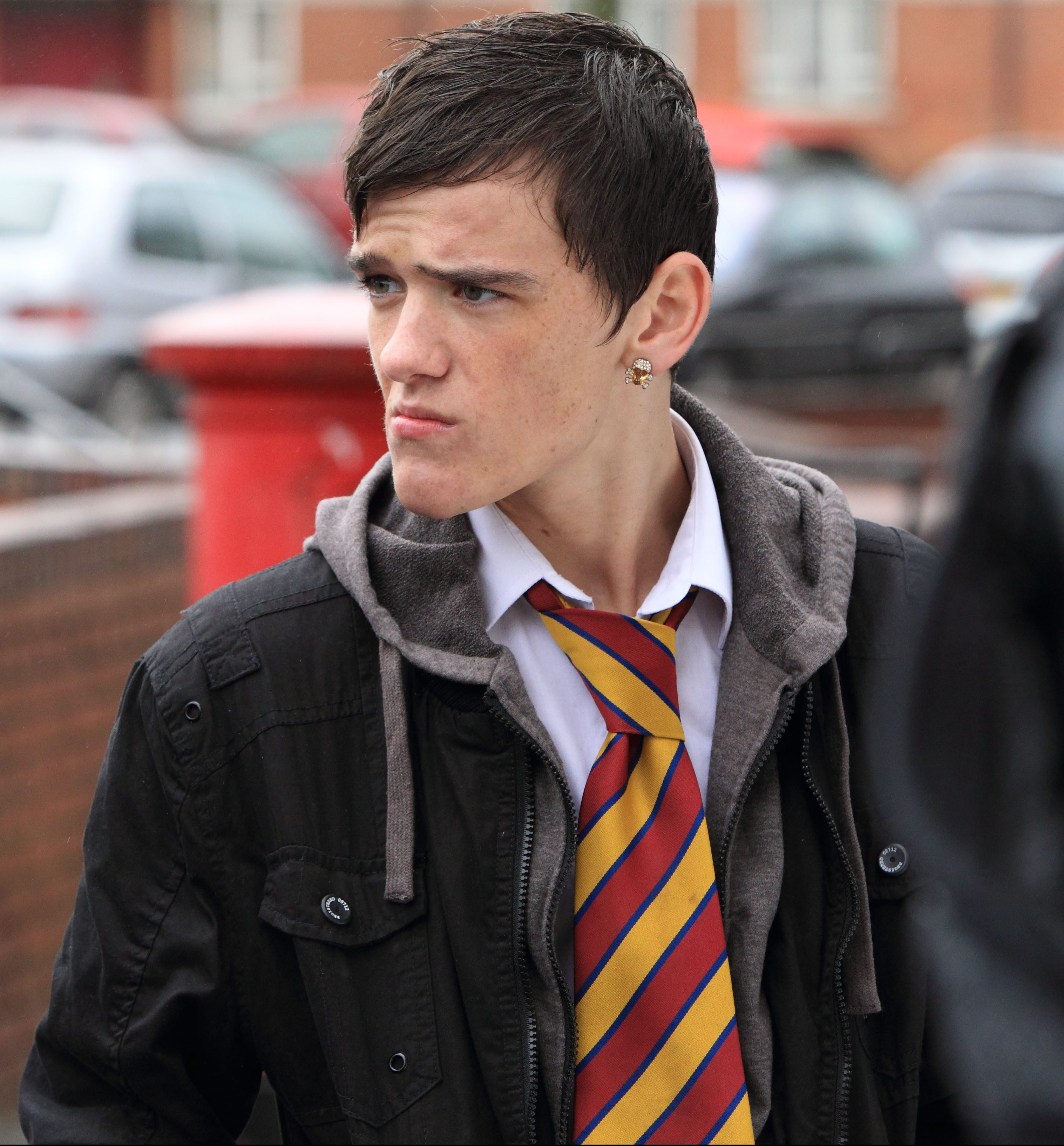 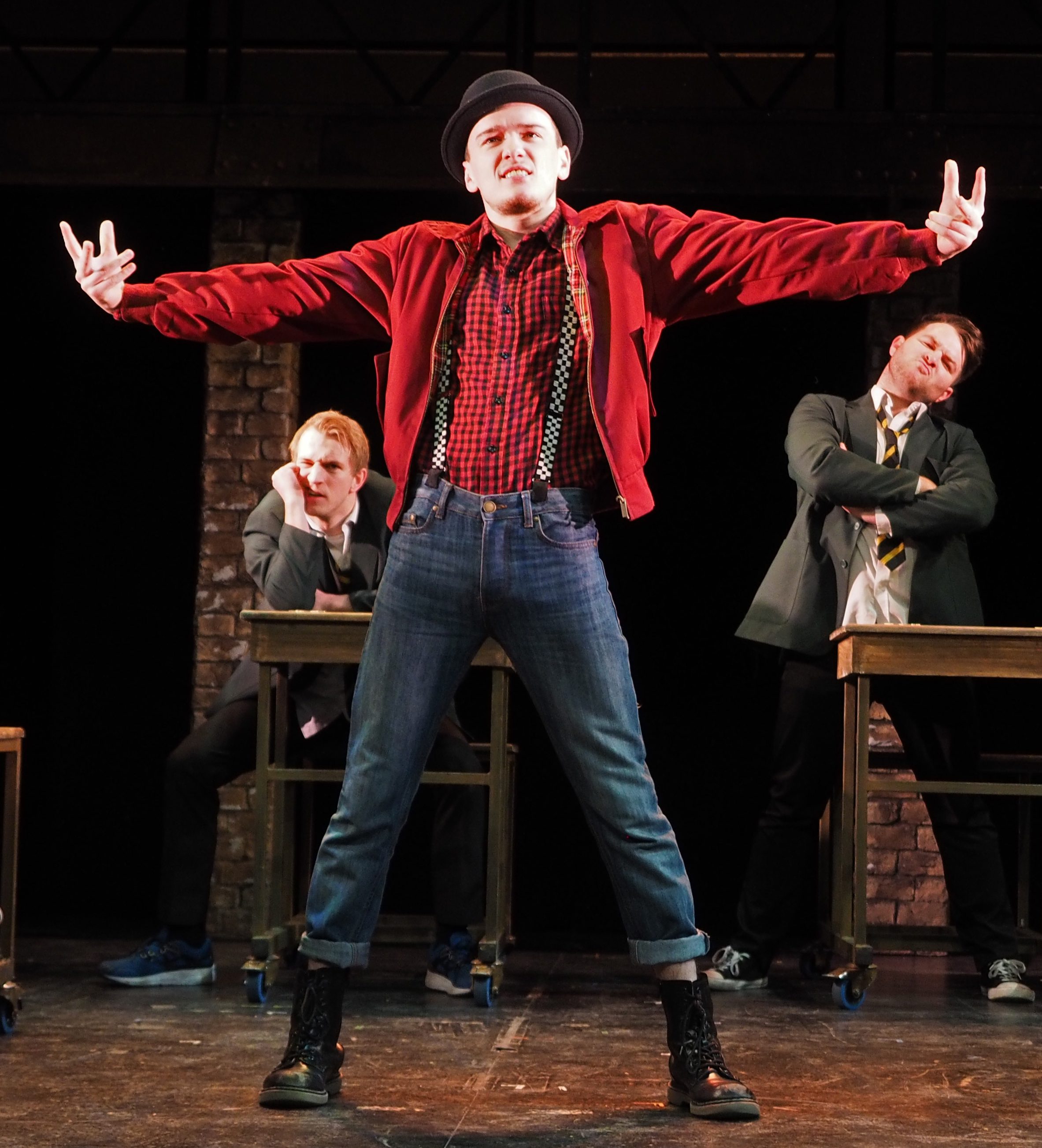 He adds reflectively: "I look back and sometimes I think I was living the dream. And then other times I look back and think I missed out on all the normal things a kid at that age should be doing.

"People wanted me to fail and go off the rails but I stayed on the straight and narrow. I’ve never done drugs and I don’t drink to excess, that’s just not me.

"I just love dancing and I want to dance forever."