With stars like Cara Delevingne and Orlando Bloom given top billing, it’s fair to say that Carnival Row has had a lot of buzz around it ahead of its launch. Created by Travis Beacham and Rene Echevarria, the series transports viewers to a Victorian fantasy world peppered by fairies and pucks, alongside the odd centaur. And while it may not be most easy-to-follow story, it is certainly a compelling world to be thrust into.

Everything with so much as a whiff of fantasy born in the post-Game of Thrones era seems to be sentenced to comparisons to George RR Martin’s epic creation.

Carnival Row is no different, and given that it is full of violent and sexual scenes right from the first few minutes of the series, the comparisons are easy to understand.

Opening on a particularly brutal massacre of the fae, as well as showcasing some rather unusual sex scenes – including one elevated mid-air – the adult tone is somewhat familiar.

But this is largely where the comparisons end as Carnival Row is not cut from the same cloth of HBO’s long-running show. 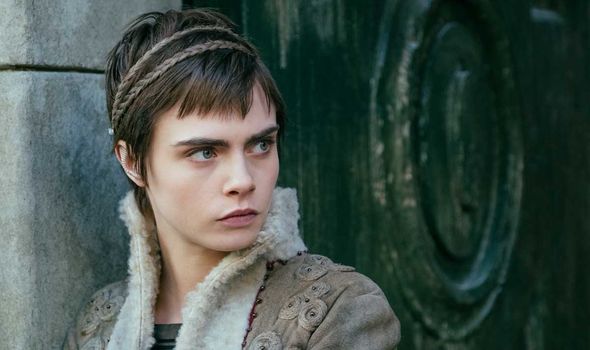 Based on an original idea dreamt up 20 years ago by its creator Beacham, the premise sat in development hell after being produced as a film script in 2005 before Amazon Prime Video became its unlikely saviour.

Yet while it was a move to the small screen, the world that the streaming service has created is far from diminutive.

Set in a fantasy Victorian society called the Burgue, Carnival Row imagines a city where humans and mythical creatures live in not-so-peaceful harmony.

The fairies have been banished from their home world after a brutal war leaves them no choice to make a perilous journey to the new republic.

Washing up ashore to a society that doesn’t want them there, the creatures must fit into this violent setting of class and discrimination.

With this as the underlying story, viewers follow detective Rycroft Philostrate (played by Orlando Bloom) as he attempts to solve a spate of murders committed across the city as well as deal with the impending threat of a monster lurking under the pavements.

As you might imagine with a fantasy such as this, it is a lot for the viewer to take in, which is made evident by its information dump in the first few minutes.

Accompanied by some at times incomprehensible dialogue, it is undoubtedly hard to follow – especially when viewers are attempting to keep track of character names as bizarre as Tourmaline Larou and Runyan Millworthy.

But the story is saved – for the hopeless romantics among you – by the star-crossed love at its heart between Rycroft and fairy Vignette Stonemoss (Cara Delevingne). 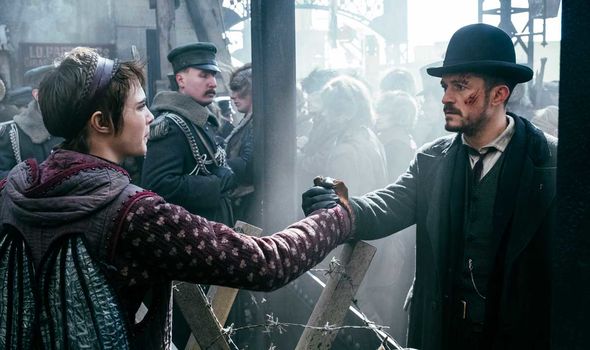 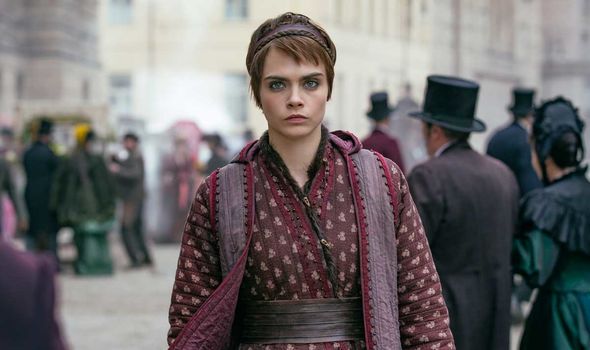 The pair are compelling to watch together (once you’ve gotten over the accents) with Delevingne charming as a fairy torn apart by trauma while Bloom’s Jack Sparrow-style swagger is fun, especially when he spends a good chunk of his time beating up bad guys.

The premise of the pair swept apart by war before being brought back together in this gritty society is enough to make you want to continue on this journey if nothing else.

When this is accompanied with the stunning visuals that the creators have developed, there’s a lot to like about the series.

Sweeping shots of the city showcase just how much work has gone into making this world look as fantastic as it does. 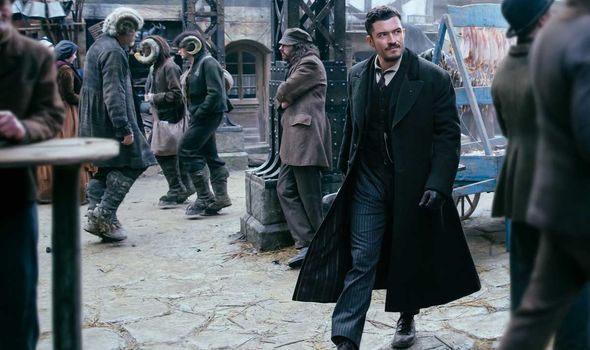 Amazon has clearly spent a great deal of money to create an exciting new world for fantasy fans to sink their teeth into.

So while Carnival Row might not live up to lofty comparisons as one of the most exciting fantasy openers you’ve ever seen, that’s not to say it won’t ever reach those heights.

There’s so much promise in this show and given that season two is already in the works, it seems like the series will be given the time to get there.

Carnival Row is available to stream on Amazon Prime from Friday, August 30.

This review is based on episodes 1 and 2 of Carnival Row.