Casualty dropped a brand new trailer for summer recently and fans will know there is going to be lots of drama coming up in the BBC One show, especially for Connie Beauchamp (played by Amanda Mealing).

Since arriving at the hopsital, executive troubleshooter Ciaran Coulson (Rick Warden) has made his position and intentions very clear, much to the annoyance of Connie.

In upcoming scenes, viewers are going to see the lead consultant continue to struggle with an undiagnosed anxiety disorder, as well as increasing pressure from Ciaran to meet targets and deadlines.

So much so, she ends up taking irreversible risks in order to cope with the stresses and demands of work, but is this just forecasting the end result?

Speaking about her character’s storyline, actress Amanda spoke to What’s on TV and revealed the extent to which Connie is willing to go to try and deal with her problems.

Returning from a conference, official spoilers have explained how Connie will find Ciaran sitting behind her desk and Amanda said “it doesn’t go down well”.

“To return and find Ciaran in her chair, literally, all Connie’s hackles go up! She knows she’s in for a fight,” she commented.

If viewers are expecting to see the feisty Connie they are used to, they are in for a shock.

“She’s at a really weak point at the moment,” Amanda remarked. “This is the worst possible scenario for her. “Her safe space has been invaded; she has nowhere to hide and is absolutely terrified.”

Viewers have seen Connie experience post-traumatic stress disorder (PTSD) since being attacked, and whilst she thinks she has it under control, her behaviour suggests otherwise. 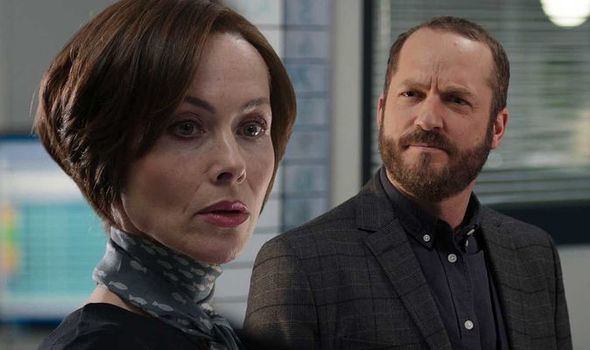 Recently, the lead consultant has been secretly self-medicating, hiding away in her office from her troubles and “avoiding medical cases”.

But it seems her whole world could be about to come crashing down.

“We’re seeing Connie at her most vulnerable. She’s feeling less and less capable every hour. It’s a vicious circle,” the actress divulged.

In upcoming weeks, are viewers going to see their favourite character spiral out of control and reach rock bottom?

Is this the turning point she needs in order to get help and get better? 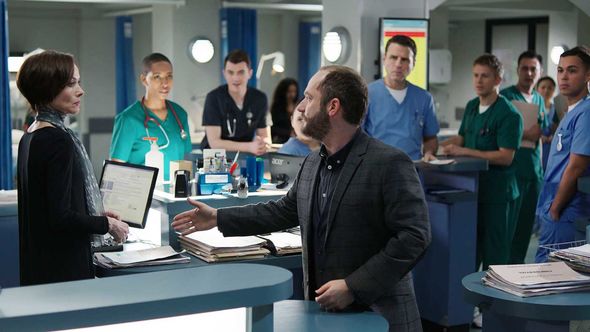 She’s at a really weak point at the moment.

Elsewhere in the medical drama, Iain Dean (Michael Stevenson) is preparing to say goodbye to his job and the hospital when he leaves later this year.

Having been a paramedic since 2014, he has decided it is time to leave it all behind and embark on a new adventure.

And the actor who plays Iain took to Twitter and posted an image taken from his final scene long with the caption: “Thanks for keeping me warm coat. Just hang here for a while, I won’t need you this summer!

Casualty returns to BBC One tonight at 8.25pm.