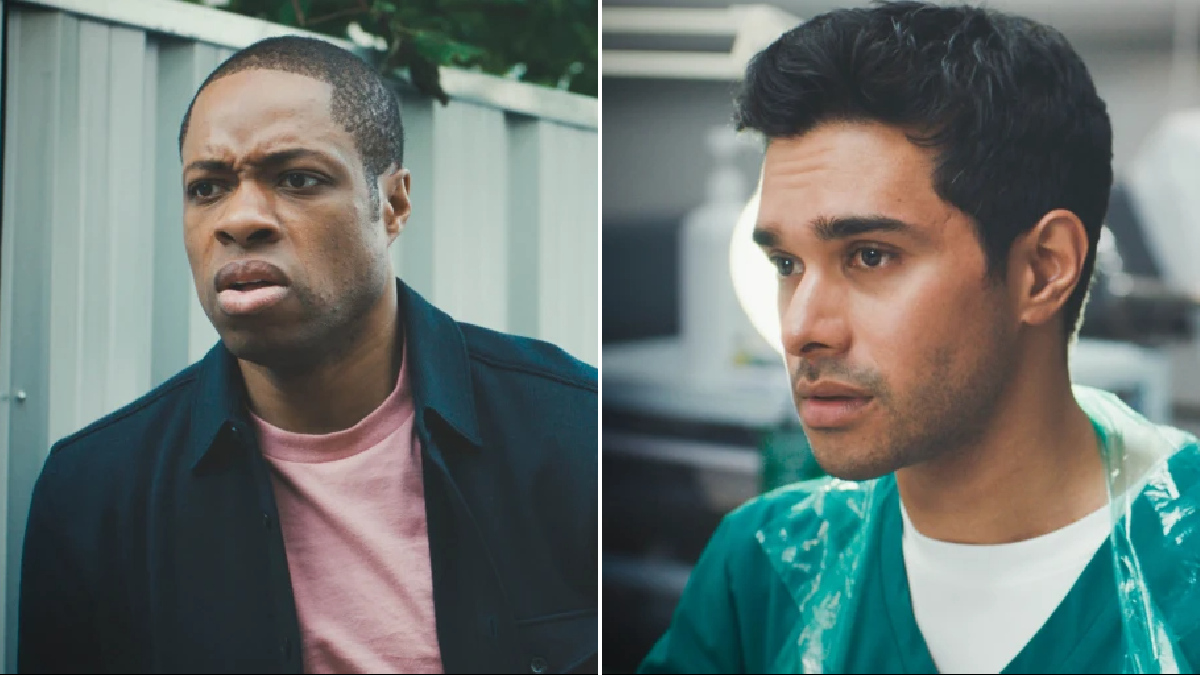 We’re reminded at the start of tonight’s Casualty that Dr Matthew Afolami (Osi Okerafor) has previously worked in Africa. And when he finds himself in the middle of a shocking and distressing incident before he even gets to work, he has flashback of an earlier traumatic incident. Are events in Africa coming back to haunt him?

As he tries to get on with his day, it’s clear that Matthew is disturbed by some painful memories and it starts to affect his work, setting him on a collision course with Dylan (William Beck).

Rash (Neet Mohan)’s day doesn’t start well when he’s stopped and searched by the police on his way to work, because of recent gang activity involving Asian youths. When a young woman is brought to the ED with suspicious wounds, Rash realises that he knows the woman’s friend from a long time ago. When he makes a shocking discovery, he has to decide where his loyalties lie.

Give a nervous boy a crossbow and you’d expect something to go wrong, particularly on Casualty. At least Teddy (Milo Clarke)’s excited about having something different to deal with, but back at the ED Matthew has to cope with a badly wounded patient while Charlie (Derek Thompson) attempts to deal with the emotional fallout.

The incident also means the police have to be involved, which brings Ffion (Stirling Gallacher) to the hospital. Since she had her breast cancer diagnosis she’s still refusing to let Jan (Di Botcher) move back in with her. Could she at last be ready to talk to her wife about the situation?

The new series begins Saturday 8.45pm on BBC One. pic.twitter.com/ssSalGwZkI

And Stevie (Elinor Lawless) has had her eye on Matthew since she first arrived at Holby but he’s so far managed to resist her. Could that be about to change after an emotionally draining day in the ED?

Sue Haasler is the author of five novels and the official BBC Holby City book, which you can read about here.