Elle Gardner (played by Jaye Griffith) left the Emergency Department in tonight’s episode of Casualty, but her final attempt to reach out to colleague and friend Connie Beauchamp (Amanda Mealing), left viewers in tears.

During her final shift, Elle noticed that Connie was still suffering from anxiety after her recent attack at the hands of a patient’s husband who blamed Connie for his wife’s death.

Snapping at Elle, Connie refused to acknowledge that anything was wrong and pushed her friend further away.

However, once she had finished her final day in the ED, Elle tried one last attempt to reach out to Connie by giving her the name of a therapist.

Explaining her change of plans to Connie, Elle revealed: “I’m not taking the job, and I am not staying either. Connie I can’t do this anymore, I tried really hard to be your friend, but you didn’t really try to be mine, did you?”

“It’s not your fault, you’ve never done it before, I don’t know what’s going on with you but I think you need proper help,” she continued before giving Connie a therapist contact.

Elle added: “She’s good, she’ll need to be,” as Connie remained silent for the entire interaction.

Connie was then told a troubleshooter would be sent to the ED to address some of the recent problems.

Watching Elle walk out the door, Connie rushed to catch her and cried out: “Elle,” but Elle couldn’t hear her. 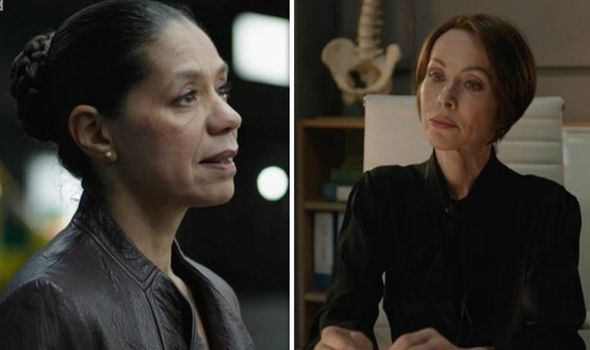 One said: “Most frustrating end to an episode of casualty ever Connie is breaking my heart #casualty.”

“The pain in Connie’s voice when she shouted Elle and Ellen didn’t hear! #casualty,” added another.

“Omg ok that END SCENE HAS MADE ME CRY! I know all too easy how easy it is to just dismiss having a HARD time and the one person who sees it in you, and you don’t want to admit it so you push them away until it’s too late #Casualty,” said a third.

“Awwww why did Elle have to leave!! She was one of my faves!! #Casualty,” another fan remarked.

A fifth wrote: “That “ell” Connie did broke me, she does consider her a friend whether ell knows it or not #casualty.” 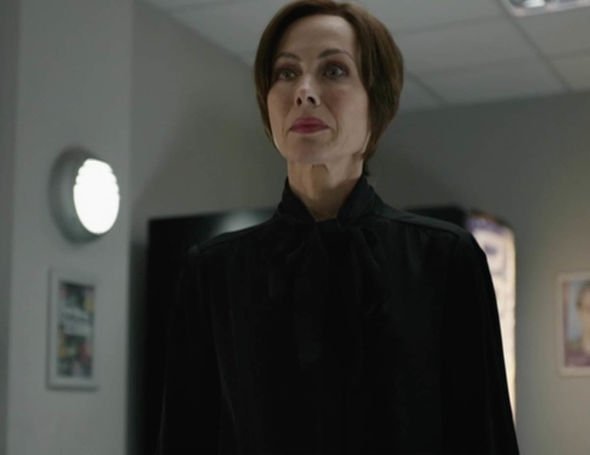 “The pain in Connie’s voice when she shouted Elle and Elle didn’t hear! #casualty,” another added.

Connie will be taking a temporary break from the show, so could she be forced to leave after struggling to cope?

Dani popped up unexpectedly a few times in the episode causing Ruby to lash out and warn her to stay away.

Casualty continues Saturday at 9.10pm on BBC One.